We Asked Joseph Nye: What Should Be the Purpose of American Power? 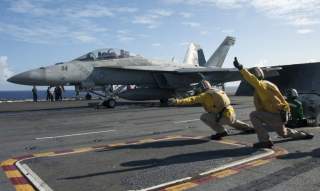 Since World War II, the United States has led, albeit imperfectly, in the production of global public goods such as a balance of military power, international monetary stability, an open trading system and freedom of navigation. That leadership should continue to be a central purpose of our foreign policy, because if the strongest country does not produce public goods, we and others will suffer from their absence.

Americans go through cycles of belief that we are in decline. While the United States has many problems (nothing new there), it is not in absolute decline like ancient Rome, which had no productivity growth. Because of immigration, we are the only major developed country that will not suffer a demographic decline by midcentury; our dependence on energy imports is diminishing rather than increasing; we are at the forefront of the major technologies that will shape this century; and our universities dominate the world rankings. We have more allies and connections than any other country.

The real challenge we face could be called “the rise of the rest.” Even though the growth in emerging markets is unlikely to produce a single challenger that will overtake the United States, the “rise of the rest” creates a more complex world. The problem of leadership in such a world is how to get everyone into the act and still get action.

Military force will remain a crucial component of American power, but it is not sufficient. An American strategy that holds the military balance in Europe or East Asia while maintaining alliances is a crucial source of influence, but trying to occupy and control the internal politics of nationalistic populations in the Middle East revolutions is futile. We cannot turn our back on the region because of our interests in Israel, nonproliferation and human rights, among others. But our policy should be one of containing, balancing, nudging and influencing from the sidelines rather than an occupation that would be counterproductive. In contrast, the internal balance of power makes us welcome in Europe and Asia. Russia’s invasion of Ukraine has revived NATO, and the rise of China creates concern in India, Japan, Vietnam, the Philippines and other countries. We do not need a policy of containment of China. “Integrate but hedge” remains valid. The only country that can contain China is China, and as it presses its territorial conflicts with neighbors, China contains itself.

Under the influence of the information revolution and globalization, world politics are changing in a way that means the United States cannot achieve many of its international goals by going it alone. For example, maintaining international financial stability and countering global climate change depend on cooperation with Europe, Japan, China and others. In a world where borders are porous for everything from drugs to infectious diseases to cybercrime to terrorism, networks and institutions become an important source of relevant power. The American Century will continue in the sense of the centrality of the United States to the balance of power and the production of global public goods, but a successful foreign policy will look different from what it was in the latter half of the last century.

Joseph S. Nye Jr. is a professor at Harvard University and the author, most recently, of Is the American Century Over? (Polity Press, 2015).