We Asked Kishore Mahbubani: What Should Be the Purpose of American Power? 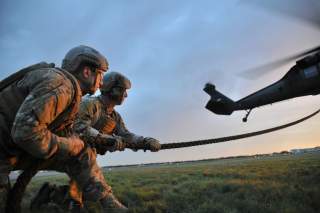 World history has gone through three phases since World War II: the bipolar era in the Cold War period; the unipolar era in the post–Cold War period; and, with the natural return of China and India as great powers, we are on the verge of entering a truly multipolar era. American power was used wisely, and with great restraint, in the Cold War, but unwisely, and with great abandon, in the post–Cold War era. America now has the opportunity to use its power wisely again in the multipolar era.

During the Cold War, America accumulated genuine allies. The Marshall Plan and American generosity connected American and European hearts. On many challenges, America allowed others to take the lead. As Singapore’s ambassador to the United Nations in the 1980s, I saw American wisdom in allowing the Association of Southeast Asian Nations to take the lead in reversing the Soviet-supported Vietnamese occupation of Cambodia. Multilateralism was supported. American diplomats were charming and persuasive. My American colleague at the UN, the legendary Vernon Walters, was remarkably humble.

Humility was replaced with hubris in the post–Cold War era. America believed it could act alone. It abandoned erstwhile allies with glee, including the once-revered mujahideen in Afghanistan. This thoughtless disengagement led to tragic results. The tragedy of 9/11 was borne out of this. The American reaction to 9/11 made things worse. Instead of acting multilaterally, America, with great arrogance, acted unilaterally. The U.S. invasion of Iraq in 2003 represented the peak of American folly. The decision to destroy the Baath Party and dismantle the Iraqi army reflected great stupidity in the use of U.S. power. Why did these mistakes happen? America believed that the sole superpower was a “superman.”

With the reemergence of a multipolar world, America now has a precious opportunity to return once again to wise use of American power. All is not lost. Three simple changes could make American power effective again. First, humility should replace arrogance. American leaders in the government and the media should listen, not preach, to the rest of the world. Genuine alliances and partnerships can only be forged through a deep understanding of each other’s interests. A strong partnership between India and Iran, for example, is not detrimental to American interests. Second, education should replace ignorance. With the end of Western domination of world history, the twenty-first century will be both multipolar and multicivilizational. Monolingual American policy makers should become bilingual. A deep understanding of the rich histories of other civilizations, including the Chinese, Indian, Iranian and Russian civilizations, is a necessity, not a luxury. Third, America employed multilateralism at the end of World War II and abandoned it at the end of the Cold War. As I document in my book The Great Convergence, strong multilateral institutions and processes will enhance U.S. power and restrain emerging powers. A simple return to multilateralism would demonstrate that America has once again learned how to use its power wisely. It is simple. It can be done.

Kishore Mahbubani is dean of the Lee Kuan Yew School of Public Policy at the National University of Singapore and the author of The Great Convergence: Asia, the West, and the Logic of One World (PublicAffairs, 2013).