We Asked Les Gelb: What Should Be the Purpose of American Power? 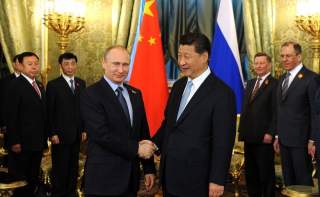 There will be no consensus on the purposes of U.S. foreign policy for a long time. Half of the explanation is that while international problems were always very difficult, now they are eye-crossingly so. Key issues today—like combating terrorism, China, Russia and global warming—defy traditional calculations of what American power can accomplish and how. The other half of the explanation is the diminished clout of realists in U.S. national-security debates. For sure, extremists on the left and right always have had their say, but there was usually enough strength in the pragmatic center to put together viable policies at critical junctures. Today’s “debates” flow almost exclusively from extremist ideology, uncompromising politics and faint comprehension of the meaning of strategy.

For starters, the global terrain differs profoundly from the last half of the twentieth century, the landmark for the foreign-policy experts and commentators. Europe was the center of the universe for centuries; now, it’s generally Asia. Military punch between states was the final arbiter of conflicts; now, it’s mostly economic power, and most uses of force are not between nations but within them. There are profoundly cross-cutting pressures such as Asian nations that want protection from China, yet cringe at the thought of losing Beijing’s trade and investments. There still are major powers—the United States above all, as well as Russia and China—but none is as super as it used to be. It was clear how to deter a major attack in the past, but terrorist threats today are much less solvable in the short and medium term. And global warming is no joke. Very few foreign-policy mavens are intellectually equipped to manage these new features and factors.

Alas, my advice is merely modesty and common sense. First, the United States is the only nation capable of world leadership, and most others actually want Washington to lead. Second, to lead, our presidents must have real strategies that make sense and take the interests of others into account. Third, goals have to be limited to accord with reduced power and international complexities. For example, containment of China and Russia today can’t work without being fully tied to cooperative diplomacy. Likewise, today’s terrorists can’t simply be defeated on the battlefield in three or five years. But Washington can put together working partnerships to strangle the monsters gradually and steadily without plunging into open-ended and losing ground wars.

Our presidents have to take pains in public and private to very carefully and vividly explain their strategies, to show what can and can’t be accomplished at reasonable cost and how. And then explain some more. As for foreign-policy experts, they might consider holding themselves to higher account than simply to argue “do more” or “do nothing.”

Leslie H. Gelb is president emeritus of the Council on Foreign Relations, a former columnist for the New York Times, and a former senior State and Defense Department official.