We Asked Paul Kennedy: What Should Be the Purpose of American Power? 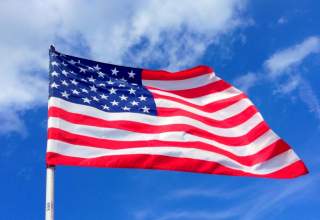 The American nation-state, as Bismarck once observed, is quite lucky. It is blessed with abundant woods, grass and water. It possesses vast amounts of raw materials. It has a benign, prosperous, unthreatening neighbor to the north and a messy, unthreatening neighbor to the south; by contrast, Russia and China each have fourteen troublesome ones. The nearest large military powers to the United States lie three thousand miles across the Atlantic, and, ignoring Alaska, six thousand miles across the Pacific.

History also appears to be on America’s side. When the English and others poured into the country after 1600, they brought with them advanced toolware, organized husbandry, civic architecture, water power and gunpowder weaponry, followed later by the Scientific Revolution, the spinning jenny, notes of credit and country banks, representative government, factory manufacture and the reciprocating steam engine. France distracted British power and prevented the American Revolution from being crushed, and then the Royal Navy protected the Western Hemisphere until 1905, when the U.S. Navy took over. America came late into the two world wars, and emerged as Mr. Big in 1945. Everyone else was devastated and exhausted. Washington then had half of the world’s GDP. Its technology was unequaled. Its demographics were running nicely (they still are).

Maybe the best thing for America at that point would have been to stop there—didn’t George F. Kennan suggest just that?

But by this stage America’s “power” had acquired a “purpose.” Or purposes. One was to advance American capitalism and democracy, the two often complacently conflated with each other. Another was to defeat Communism. Then there was the task of promoting reform in Africa and Asia by easing out the derelict colonialism that Whitehall epitomized. To these ends, a variety of methods might be deployed—the U.S. Air Force, the United Nations, NATO, the Peace Corps and so on. The White House, Congress and the American people would sort out the wheres and the whens and the how muches, but all seemed to agree with Henry Stimson that there was nowhere in the world that would not be of interest to America.

But while the American presence surged outward after 1945, its share of world GDP was steadily diminishing. Other big powers emerged. Much of the world has proved intractable to American purposes. It has lost Asian wars, it runs large deficits, it...well. Many, perhaps most, Americans sense this, but Washington doesn’t seem to know how to stop.

So here it is now, in 2015, like a large man straddling stools. Its purpose should be to sort out its international purpose. Right now, though, it shows no chance of doing that. Instead, it remains entranced by what an outside observer of the budding American imperium once shrewdly diagnosed as the illusion of omnipotence.

Paul Kennedy is the J. Richardson Dilworth Professor of History at Yale University.