We Asked Paul Pillar: What Should Be the Purpose of American Power? 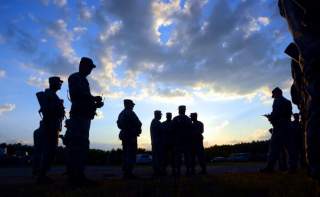 The application of American power should take its cue from the preamble to the U.S. Constitution: ultimately, the use of this power is about the common defense and general welfare of U.S. citizens. Any power applied abroad is necessarily based on strength at home, and that strength is a depletable resource that deserves our primary attention. The health of the American polity and economy also affects events overseas as a model and exemplar—a concept going back to John Winthrop’s idea of a “city upon a hill.” A large proportion of U.S. power is soft power based on the appeal of the American model, and that too is a resource that can easily be lost without assiduous nurturing.

Ample experience in recent U.S. history has shown how charging down the hill in efforts to apply power more directly and swiftly can easily lead to trouble. The United States never, even at the apex of its global influence, had the ability to remake the world in its own image. Instead, it should use the considerable instruments of influence it does have to encourage a global environment—political, economic and physical—that is more stable and habitable than the alternatives and in which the players compete for influence through legitimate and peaceful methods.

This means, first of all, that the United States itself should observe norms involving legitimate and peaceful ways of competing for influence, including the norm of nonaggression. Second, it means preserving and bolstering—and where appropriate due to changes in the relative power of states, revising and updating—the post–World War II liberal order that the United States did much to create and from which the United States has benefited greatly. Third, where the institutions of that order do not hold sway, the United States should function as part of balances of power. This can involve employing the hardest forms of hard power, but more often it should aim to persuade and deter rather than to coerce or destroy. The United States should use its power primarily to influence the decisions and policies of other governments, instead of trying to accomplish objectives directly by itself. It also should avoid the temptation of using its power to apply short-term fixes to troublesome situations when that may only leave behind the ingredients of long-term instability and extremism.

This approach requires overcoming two entrenched American tendencies. One is the inclination to perceive nails everywhere given that the United States has built a wonderful hammer in the form of a powerful military machine. The other is a perception of the world as divided between allies and adversaries, with power to be exerted only against the latter and in support of the former. We should instead remember that the true goal should be to promote the security and welfare of Americans, and this means freely deploying all the instruments of U.S. influence regardless of the label customarily applied to whatever country we are influencing.