We Asked Paula J. Dobriansky: What Should Be the Purpose of American Power? 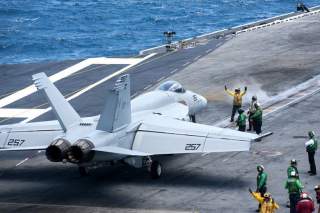 The purpose of American power, which includes military, economic, diplomatic, ideological, legal and cultural components, is to protect the entire range of our national-security interests. While we face many pressing domestic challenges, America cannot afford to focus on them alone. Americans cannot be secure and prosperous without a stable, rule-driven international order. Terrorism, refugee flows, pandemic diseases, pollution, cyberattacks, economic decay, nuclear proliferation and military aggression can directly threaten our security and prosperity even when they arise overseas.

We cannot handle these threats successfully in an ad hoc fashion. American power must be continuously applied to maintain political, military and economic international institutions and alliances that, with effective U.S. leadership, can safeguard global stability, economic growth and the rule of law. This does not mean that every foreign dispute or fight concerns us. But we must counter fundamental assaults on the existing global liberal order.

This task is particularly crucial today, since the post–Cold War international framework is under attack by numerous challenges, including Islamic fundamentalism, growing Sunni-Shia strife, Iran’s efforts to acquire nuclear weapons and become the preeminent power in the Middle East, Russian revanchism, and China’s efforts to exercise dominion over Asia and strong-arm its neighbors.

In addition to these hard-power threats, the world faces numerous humanitarian crises, ranging from famines, environmental devastation and extreme weather events to flows of refugees and displaced persons. While the United States cannot solve all of these problems, consistent with our moral values, it has been a world leader in rendering humanitarian assistance and helping to alleviate poverty worldwide.

America must always retain the ability, when necessary, to use its power unilaterally. However, the United States has been most successful when it has worked with international institutions and alliances, partnering with like-minded countries and combining their resources and capabilities with our own. Furthermore, the best way to deal with potential international threats is to deter them from arising or at least defeat them before they become acute. This requires continuous American leadership and credibility, especially in upholding our international commitments, to reassure our allies and deter our enemies.

Crucially, America must wield its power in ways that maximize the synergy among its components. Our “soft power,” which is rooted in our values and culture, is very important, since it enables us to foster the legitimacy of a rule-driven international order that features democratic governance at home and peaceful resolution of disputes abroad. Our economic power builds upon our soft power and contributes to global economic prosperity, undergirded by shared commitments to market economies and free trade. When necessary, America must employ military power, ranging from providing training and military aid, to using American special-operations forces and air power, to deploying ground forces.

The robust use of American power and leadership to shape developments overseas has always been an essential prerequisite of sound statecraft capable of safeguarding our interests and values. This is even more imperative in today’s turbulent and dangerous international environment.

Paula J. Dobriansky served as under secretary of state for global affairs from 2001 to 2009. She is a senior fellow with the Future of Diplomacy Project at Harvard Kennedy School’s Belfer Center for Science and International Affairs.