We Asked Tom Cotton: What Should Be the Purpose of American Power? 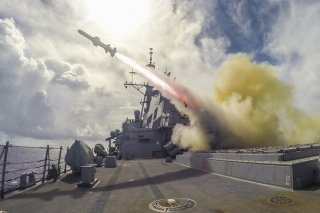 In no region of the world is U.S. influence greater than it was six years ago. In fact, in many regions, it’s greatly diminished. The post–Cold War consensus is under threat in Europe. The balance of power in the Asia-Pacific is tipping toward China. And the Middle East has entered a period of upheaval and possible realignment that threatens the United States and our allies. On the strategic challenges of our time, we’re hard-pressed to identify any major achievements under our current commander in chief that are not eclipsed by broader failures.

These are the bitter fruits of a foreign policy premised on strategic retreat. President Obama has ceded levels of regional influence to competing powers despite the immediate consequences for the interests of the United States and our partners.

The motivation for this was in part practical, driven by a belief that America cannot—as a structural or historic matter—maintain its lone superpower status and must instead accommodate a “rise of the rest.” But the motivation is also ideological. Our president exhibits a certain reticence when it comes to America’s moral authority. He seems preoccupied with America’s perceived historical failings, invoking sins from America’s past to assuage the feelings of tyrants in the present.

This lack of confidence in the long-run potential of our military and economic power and diffidence about our moral standing manifest themselves in policy decisions both big and small, but at all times detrimental to U.S. interests.

But just as misguided policy decisions have led us into this situation, certain policy reversals would expand our options over the long term, and foster an environment where the United States can increasingly shape challenges rather than being forced to react to them.

First, we must reinvigorate our military. Frederick the Great said, “Diplomacy without arms is like music without instruments.” In other words, it’s inert, inaudible and ineffective. Rebuilding our influence means we must rebuild a military that has faced devastating budget cuts and fifteen years of war. This will require dramatically greater levels of defense spending than Congress and our president have managed to agree upon. Make no mistake: our current defense budget is a mere political compromise. It’s not linked to any strategy that confronts the threats we face today or the threats we’ll encounter tomorrow.

But just as diplomacy is sterile without military might, the force of arms is useless without a coherent foreign policy and a clear sense of our objectives. To maintain our centuries-old position in Asia and continue to foster the region’s peaceful movement toward greater liberty and freer trade, we must make clear to China that any attempt to exclude the United States from Asia—whether militarily, economically or politically—will be futile.

In Europe, we should draw a firm line with Russia, one that must feature more U.S. military assistance to partners that require it. And we must work more assertively and creatively with our European allies to put their union on firmer political and economic footing so that the vision of “a Europe whole and free” will be an enduring one.

And in the Middle East, we must recognize that the objective of destroying the Islamic State is not helped by empowering Iran—the Shia face of the same radical jihadist coin. Stability in the region will not be achieved by enhancing the influence of an actor that has worked for over thirty years to undermine global security.

The challenges we face abroad are deeply complicated and contingent on a number of military, economic, political and cultural factors. Determining how we respond to them will require much wisdom and decisiveness. But as we continue these debates, we must keep in mind the clear lesson of the past six years. Retreat—on both the military and moral planes—only invites aggression, chaos and disorder. The policies we pursue should exhibit confidence in American power and in America’s mission.

Tom Cotton is a U.S. senator from Arkansas.