We Asked William J. Burns: What Should Be the Purpose of American Power? 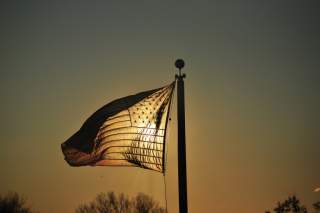 The international landscape facing the United States is as crowded, chaotic and competitive as it has been in any of our lifetimes. American global preeminence may not last forever. Betting on its imminent demise, however, would be deeply unwise.

All the standard indicators of national power project that the United States will remain the most significant global player for at least several decades. During this window, the United States has a genuine strategic opportunity to shape a twenty-first-century international order that reflects new realities and dynamics; guards against regional hegemons and nonstate security threats; and updates the rules of the road and institutions essential to safeguarding the global commons and sustaining American interests and values.

Three organizing principles should guide the use of American power in a fragmented world.

First, effective projection of American power requires reinforcing America’s economic, political and moral foundations. America today is in continuing need of renewal. Even in the midst of a robust recovery, we face no shortage of pressing economic challenges. At a time in which we are working hard to mobilize coalitions abroad, we cannot seem to mobilize them at home. And as long as we fail to protect the civil rights of all our citizens, the resonance of our example will continue to suffer.

Second, we need to continue to rebalance our priorities and strategic investments across regions of the world. We also need to rebalance our power portfolio—prioritizing diplomacy backed by force, as opposed to force backed by diplomacy, and long-term affirmative investments in development aid and liberal trade along with near-term punitive actions like sanctions.

That is why completing the Trans-Pacific Partnership is so critical for our staying power in the Asia-Pacific. It is why finding a stable mix of competition and cooperation in relations with a rising China is so central to regional and international order. It is why investing in strategic partnership with India remains essential, and why reinvigorating transatlantic ties through a new trade agreement and a common approach to revived challenges from Russia will be crucial. It is why a strong, verifiable agreement with Iran is the best of the available alternatives to prevent and deter Iran from developing a nuclear weapon—even as we must ensure its rigorous execution and embed it in a wider strategy for reassuring our friends and pushing back against threatening Iranian behavior across the Middle East. And it is why active focus on the Western Hemisphere, and the opportunities it offers as an emerging center of gravity in the global energy market, is so necessary.

Finally, American power should seek to reshape global rules of the road and institutions to fit new realities. We cannot afford to wait for other forces and other events to reshape the international system for us. The failure thus far to adapt the International Monetary Fund or to engage constructively on the Asian Infrastructure Investment Bank offers a striking recent example of the risks of ceding the initiative. There is simply too much at stake over the next few years in the realms of commerce, climate and cyberspace, among many other overarching issues, to react rather than act.

William J. Burns is president of the Carnegie Endowment for International Peace. He previously served as U.S. deputy secretary of state.