We Asked Zalmay Khalilzad: What Should Be the Purpose of American Power? 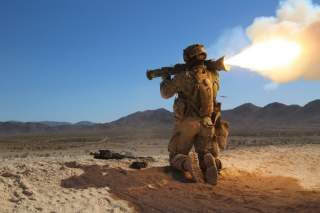 At the end of the Cold War, the United States was in a favorable position, without a global rival and with little risk of war among the major powers. At the time, one of the main purposes of U.S. power was to consolidate that order. Today, that order has not been consolidated. The world is far more chaotic and dangerous, and threatens to become even worse.

The objective of the United States should be to catalyze agreements on political order at the regional level by creating and sustaining balances of power that preclude regional hegemony. The focus of these efforts should be Europe, the Asia-Pacific and the Middle East.

The paradox of a declining but belligerent Russia requires that the United States help Ukraine thwart Vladimir Putin’s aggression by arming and training its forces to bog down his hybrid offensive. If we increase the costs to Moscow, we will improve the chances of a deal that respects Ukraine’s sovereignty, meets legitimate Russian concerns, and alters Putin’s risk calculus about taking similar actions in the Baltic states or Georgia. We should strengthen support to those who feel threatened by Russia, but simultaneously remain open to dialogue and cooperate with Russia on issues of mutual concern such as Islamic extremism and terrorism.

The rise of an increasingly wealthy and aggressive China should be countered by bolstering the military capabilities of regional powers that share the concern about Chinese hegemony, including Japan, India, the Philippines, Vietnam and others. The United States should work to network and build habits of cooperation among these countries.

The seemingly interminable regional rivalries and Sunni-Shia conflict that sustain violent extremist groups represent a more complex challenge. We must not side with the Shia against the Sunnis or vice versa, but instead promote a regional balance of power, particularly in the Gulf. Also, stability will require us to lead an effort to commit ourselves to the hard work of ending the civil war in Syria and inducing Iraqis to adopt political arrangements not dominated by sectarian Shia Arab parties at the expense of other communities and political groups. In doing so, we will also set the needed condition to mobilize local forces against the Islamic State.

In each of these regions, steps to create a balance of power must be complemented by efforts to build regional institutions to encourage dialogue, confidence building and reconciliation among major powers. In Europe, a more robust Organization for Security and Cooperation in Europe (OSCE) could draw Russia back into the European order. In the Asia-Pacific, the United States should seek to catalyze the creation of an analogue to the OSCE that would eventually develop a forum to resolve maritime territorial disputes. In the Middle East, we could encourage the formation of a body comparable to ASEAN, which at first would simply enable dialogue but which could work to create rules of the road down the line.

While a strategy of “balance and reconcile” should be the template for building durable order in critical regions, Americans should seek to shape the political evolution of the world by advocating liberal democracy and working with patriotic and visionary leaders who seek to enable their peoples to live under governments that respect human rights and dignity. America’s formula for success in the twentieth century had both geopolitical and ideological dimensions. And if more societies are able to adopt democratic forms of government and come to uphold universal values, the United States will find more partners and allies in efforts to rebuild order.