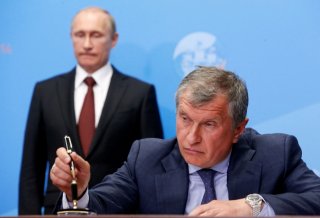 Russia must now endure a future cleaved from Europe. It will seek recovery within the China-led bloc. Its trade in natural resources will almost certainly have preferential aspects, sharply distinguishing between friends and enemies. The United States will try to counter this strategy by threatening to sanction China. Whether America goes all-in on this dangerous gambit is a crucial question for the future. The Biden administration would be tempting fate if it went there, but it seems to be in that line of work, so why not?

Thinking through the consequences, the nature of economic relations between the West and Russia begins to resemble something like barter. We are still in the shadow world, but the logic of events points towards that outcome. In barter-land, as we might imagine it in its pure form, no money exchanges hands. It is no longer recognized as a medium of exchange because experience shows it to be not real. In this new environment, possession is 100 percent of the law, squatters’ rights. As Russia is pushed into fiscal and economic ruin, it will default on every financial obligation to external creditors. As its property is expropriated, it will expropriate and nationalize in turn.

The sudden and brutal divorce signified by the sanctions, including the abolition of contracts, will wrench and contort the world economy and hit Europe the worst—at first. As divorce does generally, it will make both parties poorer and will be cruel and unfair to the little people hurt most. The interdependence that allowed the West to execute such a devastating blow against Russia in the initial phases of this economic war leaves the West and the world acutely vulnerable to very serious retaliatory costs.

The great standoff also intrinsically poses risks to the financial system, whose deepest fear must always be the prospect of defaults. To assess this risk, I proffer a four-step theory for effectuating paroxysms in the world economy: first, abolish all contracts with the most important player in important sectors of the world economy; second, make those sectors be energy, metals, and agriculture, where “globalization” has been especially triumphant; third, have it all go down in an arena comfortable with lots of leverage, magnifying the mutual risk in the event of defaults; and fourth, let the demon loose in sectors where capital returns were poor and investment languished in the past decade. Those seem like sufficient conditions for a great disruption in commodity markets, for a payments crisis that is also a supply chain crisis, and an energy crisis that is also a massive food crisis.

These vulnerabilities exist against the backdrop of the declaration of economic war by one party, and the effectual counter-declaration of the same by the other, which will magnify said fragilities. No one seems to be frightened by this, but I am frightened by it. The financial press and commentariat, by contrast, are positively Pollyannish regarding the “bearable” costs to the “middle class” if the creaking economic mechanism that is the world economy throws a gear. We will assess the consequences later, say the wise men, when they’re irreversible.

David C. Hendrickson is President of the John Quincy Adams Society and the author of Republic in Peril: American Empire and the Liberal Tradition (Oxford, 2018). His website is davidhendrickson.org.