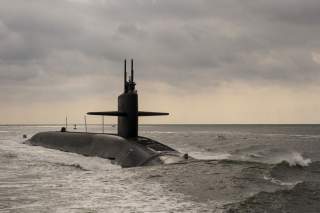 War is more likely in situations like this, when both sides think they can prevail, rather than when the prospective winner is clear. The great powers, for example, were more ready to fight in 1914 because each side believed it enjoyed a solid chance of victory. Conversely, a large amount of the stability and comity among the major powers of the post–Cold War world can be traced to a situation of “hegemonic stability”—the evident fact that no other power could venture beyond its own borders to challenge the United States in the years following the 1991 Gulf War. This more stable situation will no longer so clearly hold as resort to force in maritime Asia becomes a more reasonable option for Beijing.

A more even power balance is also likely to lead to a reordering of alignments and strategic postures in the region. Asian and Pacific states will continually judge the relative strength of the two titans of the Asia-Pacific, their resolve and their future trajectories, and adjust their own policies and postures accordingly. Indeed, this is already happening. The old U.S. ally Thailand, for instance, has drifted away from Washington and moved closer to Beijing, while old U.S. adversary Vietnam, feeling the PRC’s pressure in the South China Sea, is warming up to Washington.

THESE FACTORS are becoming increasingly prevalent in discussions of the future of Sino-American relations and of the Asia-Pacific more generally. But one factor that has not been sufficiently appreciated is that the growth of China’s military power vis-à-vis the United States is also very likely to make nuclear weapons grow in salience in the region, and particularly in the Sino-American military balance. More concretely, nuclear weapons may come to loom larger—and perhaps much larger—than they have since the Cold War over U.S. and Chinese military planning, strategic calculations in capitals, and concerns over escalation and brinkmanship in the Asia-Pacific.

This is true for four reasons.

First, a war in the region between the United States and China under circumstances of even rough conventional parity will be more susceptible to nuclear escalation. In the past, most defense analysts and planners envisioned a Sino-American conflict in maritime Asia starting and remaining a conventional fight. Given the PLA’s very modest capabilities for such a contingency, the United States was seen as able to handle any Chinese attempts at power projection solely by relying on U.S. conventional forces and with relatively limited requirements for vertical or horizontal escalation.

In practical terms, the United States would have been able to defeat Chinese attacks on Taiwan or other such plausible beneficiaries of American defense with relatively limited means and on Washington’s terms. Nuclear weapons, if they were to become involved, were seen as most likely to be introduced in limited numbers by the Chinese in a desperate attempt to stave off defeat in a Taiwan contingency, a defeat that might jeopardize the legitimacy of the Communist regime. But the threat to resort to such usage was seen as of limited credibility and actual employment along these lines of minimal effectiveness in light of substantial American advantages in the quality and quantity of the conventional and nuclear forces it could use to conduct such a limited nuclear war.

But we will be moving into a world in which the basic assumptions that determined such assessments no longer hold. That is because future efforts to defeat Chinese attempts at power projection will not be so easily handled, especially without our needing to resort to vertical or horizontal escalation to prevail. In any contingency in the region, the growing sophistication of China’s large military will mean that the United States will have a much more difficult time overcoming it, since Chinese systems that have longer range, are more accurate, are smarter and are more effectively netted together require more work, creativity and skill to defeat. Put more directly, the United States and its allies will have to fight harder, quicker, nastier, deeper, for longer, with less deliberation and over a wider battlefield than was the case in the past in order to defeat Chinese forces in maritime Asia.

For example, in the past, the United States might have designated Chinese fixed ballistic missiles of limited range and accuracy based on or near the coast for attack by aircraft operating safely with excellent and secure information later in a campaign. In the future, however, the United States might have to designate Chinese mobile ballistic missiles of longer range and better accuracy based farther in the country’s interior for attack by aircraft operating perilously with limited information early in a conflict. So, for instance, if Taiwan’s Ministry of National Defense is right that China will have the upper hand in a battle over Taiwan by the 2020s—but the United States still wants to deter or defeat an attempted Chinese invasion of the island—the United States may well need to be willing to hit targets deeper in China than had been envisioned before, strike sooner and expand the war considerably beyond the island’s immediate environs in order to compel Beijing to back away from seizing Taiwan.

Even without anyone really wanting to introduce nuclear weapons into the equation, then, these trends raise classic “inadvertent escalation” risks. This line of analysis points to the dangers of escalation that can arise due to the way even a conventional war can unfold. In particular, if one needs to fight harder against an opponent in order to prevail, it also becomes harder to limit the war—including in ways that might entangle nuclear weapons. For instance, U.S. efforts in the event of conflict to strike at Chinese command-and-control nodes, missile bases and systems, surveillance and intelligence assets, and the like, even if intended only to affect the nonnuclear balance, might well implicate nuclear weapons. This might be because such assets or capabilities might be collocated with nuclear forces or themselves have dual nuclear and conventional roles, because the Chinese might fear such hard-hitting attacks are a prelude to decapitation, or because the Chinese might misread conventional strikes as nuclear attacks. In the fog of war, any number of such dynamics could push toward consideration of nuclear use.

Many critics of Air-Sea Battle, like the National Defense University’s T. X. Hammes, build their case on these concerns. They argue that the risks of such escalation are simply too great to justify a defense posture against China that includes plans for strikes on the mainland. These critics are right that the problems posed by inadvertent escalation are very real and demand attention, but they are wrong to contend that the United States should dispense with a powerful strike posture against China because of it. Quite the contrary. Such a posture is essential if the United States is to maintain an effective conventional deterrent in the western Pacific and thus is necessary if Washington is to continue to pursue its long-standing strategy toward the region. And such a posture can be structured and the plans for how it would be used in war designed and implemented in ways that mitigate the risks of escalation.

But while limited war is possible under the nuclear shadow, it is neither easy nor a sure thing. Accordingly, it should be a major focus of defense officials and planners to pay greater attention to the serious challenges of structuring a conventional war plan such that it does not encourage nuclear escalation on the part of the adversary. More broadly, U.S. and Chinese leaders should bear in mind that controlling a war, even one that both seek to keep conventional, might be exceedingly difficult; the control of escalation between nuclear-armed adversaries is inherently more a stochastic than a determinate process. That said, such caution cannot be allowed to lead to passivity or acquiescence on the part of Washington in its work to strengthen its conventional posture in the Pacific. Rather, it must lead to a vigorous fortifying of the U.S. position, along with the greatest rigor in structuring American war plans and forces to mitigate these risks—and the greatest prudence in employing any such plans.

A SECOND reason why nuclear weapons are likely to become more salient in the Sino-American military balance is because China’s nuclear arsenal is becoming somewhat larger and considerably more sophisticated. While China continues to exhibit restraint regarding the size of its nuclear arsenal and in how it appears to think about the role of nuclear weapons in its military strategy, the PRC is nevertheless substantially modernizing its nuclear forces. These improvements include the deployment of more survivable road-mobile intercontinental ballistic missiles armed with multiple, independently targetable warheads and penetration aids designed to defeat missile defenses; the development and gradual deployment of a ballistic-missile submarine force; the fielding of new command, control and communications assets that enable more deliberate and controlled employment; and the marked improvement in training and professionalism among the PLA’s nuclear warriors. The Department of Defense conservatively judged in its 2014 annual report to Congress on China’s military modernization that “these technologies and training enhancements strengthen China’s nuclear force and enhance its strategic strike capabilities” and assessed that China will “implement more sophisticated command and control systems.”