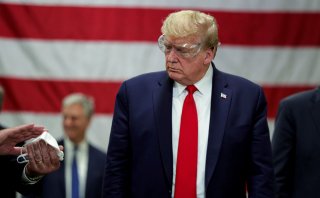 The coronavirus era has intensified the strategic decoupling between the United States and China. At this historical juncture, supply chains are now deemed the critical strategic drivers of regional and global security dynamics, business operations and the engine of economic activity.

German chancellor Angela Merkel and France’s President Emmanuel Macron have expressed their commitment to make strategically important products such as medical and pharmaceutical products in France and Germany. In a similar vein, the European Union Chamber of Commerce has asked its members to wean themselves off being reliant on China’s supply chains. Japan and India appear to be following suit.

Strategic decoupling from China is likely to lead to governments to increase national security regulations on foreign investments and expand their definition of strategic sectors from being information technology (IT), telecommunications and dual-use technologies with civil and military applications, to include food security, biotech, and pharmaceuticals. In turn, governments will demand that strategic sectors conduct domestic manufacturing.

The United States, EU, Russian and Chinese governments will have greater oversight and screen foreign direct investment (FDI) in these strategic sectors to prevent foreign investors from accessing sensitive data and technologies in a bid to protect their respective technological bases. As businesses are increasingly vulnerable to buyouts due to the economic downturn, governments are wary of foreign investments of their national companies. In late May, the U.S. Senate passed a bill that would bar foreign companies from U.S. exchanges if they are unable to prove that they are not controlled by a foreign government and refuse greater U.S. oversight of company financials. Similarly, the British government is considering legislation to prevent significant investment and foreign takeovers of UK companies.

Reflecting this trend towards protectionism, supply chains will regionalize or reposition onshore.

Already prior to the pandemic, higher wages and increased shipping costs had led companies to shift supply chains away from China. Yet, the coronavirus has created severe disruptions in a complex web of international supply chains due to quarantines, factory closings, travel restrictions imposed by China and other countries. This increased the momentum of companies seeking to relocate as part of a growing trend of attempting to build resilience into their supply chains and mitigate against future shocks. A recent Bank of America survey of three thousand firms reported that companies in ten out of twelve global industries, including medical equipment along with semiconductors are in the process of shifting part of their supply chains from current locations.

In a bid to accelerate the trend to regionalize supply chains, Western states are likely to increase taxation on goods that were not made onshore or near shore. U.S. Commerce Secretary, Wilbur Ross exclaimed, “Globalization had gotten out of control. It takes two hundred suppliers in forty-three countries on six continents to make an iPhone.” The United States is exploring increasing tariffs on Chinese goods, tax incentives and potential re-shoring subsidies. The United States is also engaging with states across the international community and companies as part of an “Economic Prosperity Network” to standardize an approach towards regionalizing supply chains, trade, energy and infrastructure

Companies will increasingly consider how their logistics plans will affect final assembly and how they can maximize their margins, as some components for component sourcing require automation to produce products such as ventilators and masks that may be too costly. In turn, business strategies will consider diversifying component sourcing and manufacturing both onshore and utilizing segments of manufacturing offshore. Similarly, the final assembly may be onshored or offshored.  This may create greater options for companies to relocate supply chains from China to Mexico that has a vast labor force and is utilized for component sourcing. South Asian and Southeast Asian states such as India, which has a vast organic labor force. Even the United Arab Emirates (UAE), which does not have an organic labor force that could provide it. This will lead the United States to establish closer strategic ties with these states. Steven Didier and Chris Myers, managing partners of Redrock, a defense company contend that the United States, UK and EU states are able to onshore and regionalize their long-dormant manufacturing engine due to their sophisticated logistics capabilities. The United States, the UK and EU states will attempt to limit their reliance on China for medical equipment, pharmaceuticals, auto and technological products by onshoring component sourcing and maintaining quality control. In turn, the United States, the UK and EU states, such as Germany, are able to become economically hybrid by maintaining both service and manufacturing economies. This will increase their economic output by, in the short-term, creating an enormous amount of blue-collared job opportunities. Meanwhile, in the medium- to long-term, it will advance a counter-trend of increasing levels of automation for supply chains that will displace blue-collared jobs, for example, assembly workers in the electronics and automotive industries. In the longer-term, it offers opportunities for greater workforce training to attain new skills in planning and analytics, especially in strategic sectors.

By undermining China’s manufacturing base, the United States is likely to leverage its demands that China meet targets of trade agreements, increase conditions of trade with China and equalize the trade deficit. The United States may even seek to cut away the U.S. debt that China holds.

The outsourcing and offshoring that epitomized globalization is eclipsed by states attempting to simplify and shorten supply chains through onshoring, nearshoring or regionalizing them. The United States’ attempt to onshore and regionalize in Mexico, and the EU’s attempt to onshore and nearshore in Northern Africa and Eastern Europe, is the bid to mitigate risk and make supply chains more resilient. This entails diversifying supply sources, increasing safety stocks and positioning the manufacture and storage of inventories to be closer to customers. This is especially necessary if there will be manufacturing and logistics outages and disruptions to supplies. The diversification that accompanies onshoring and regionalization may entail prices to increase. Yet, as globalized supply chains had been elongated, the costs of numerous products had already been driven up.

Resilience entails companies building redundancies into supply chains by having multiple sources of supply, manufacturing and distribution capacity. Companies in sectors such as in the auto sector will be unable to maintain a globalized approach of lean and just-in-time production in the name of competitive advantage vis a vis cost and speed to market. To this end, companies must maintain stockpiles of goods and equipment, diversify supply sources from distant regions, while having vendors that are closer to their customer base. David Simchi-Levi predicts that fashion retailers are likely to relocate parts of their supply chains to Vietnam, Cambodia and Malaysia, while high-tech companies move to Mexico and Brazil to serve market demand in North America and Eastern Europe for the EU.

Diversifying to other regions can enable supply chains to become easily accessible where products and services can be delivered to the end-users with greater velocity. Similar to network-centric warfare, supply chains will become more agile and supply and demand will be synchronized to rapidly respond to market changes by customizing products to consumer preferences in various regions.

The current global pandemic, as well as the attempt to offset risk due to the U.S.-China decoupling, is causing companies to embrace digital technologies that will offer end to end visibility in their supply chains. This will offer an unprecedented level of transparency that will impact business approaches towards risk management and changing markets.

Lora Cecere, founder of Supply Chain Insights, has noted that a second wave of local outbreaks of coronavirus may disrupt dual or triple sourcing. This would result in increasing logistics problems, delays for ocean and air freight as well as at border crossings, and truck transits becoming more variable. Supplier disruption and the cost of transportation will drive up costs. Lora Cecere predicts the likelihood of supply outages due to the shorter supply chains with fewer nodes in supply chains of outsourcing manufacturing.