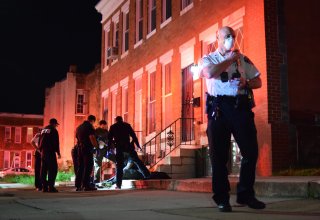 Society’s norms are based on repetition. The first sign of change to those norms can evoke a negative knee-jerk reaction because change is rarely embraced with affection. Quite often, change is the offspring of an unexpected affair—scorned and regarded with utter disdain. That’s why cultural changes are incremental, evolving over the span of decades and centuries. They get washed through a cycle of uprisings, violence, and litigation, only to get washed again. But once the coronavirus became a threat to mankind’s existence, they moved rapidly. People began wearing face masks after various state and city officials began to implement new public policies. Riding a bus required a mask. Ordering food at one of the few restaurants serving to-go orders required a mask. Solving crimes required a mask. 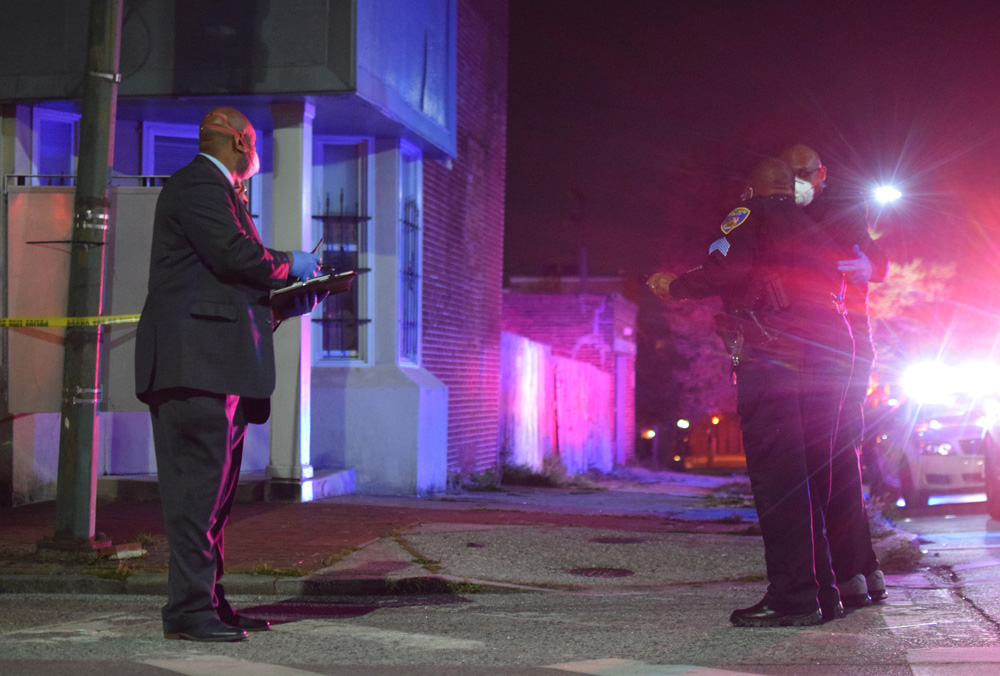 While politicians pontificated over the fate of their allotted territories in the face of upcoming elections, their constituents were quietly struggling to cope with the unknown future, hiding their uncertainties behind various swaths of cloth. There was nowhere for them to go but forward into the unknown unknowns, that void in the distance shaped and molded by the “things we do not know,” as former Defense Secretary Donald Rumsfeld once said. All of a sudden, Americans were thrust into the role of Eratosthenes and tasked with proving that their communities were capable of recovering from a worldwide deadly pandemic. Only instead of measuring the planet’s circumference, they would need to discover the shape of the future based on a series of experiments that would be constantly interrupted by the pitter-patter of little defeats.

City after city began experiencing a variety of growing pains. Some businesses adapted to the pandemic’s hardships while others were suspected of operating discreetly. Protests began erupting, sparking sharp clashes between two groups. There were those under duress from financial hardships and wanted their freedom to take health risks. Standing opposite them were those who had built their careers around science, the nurses who had spent day after day saving lives or watching people die. 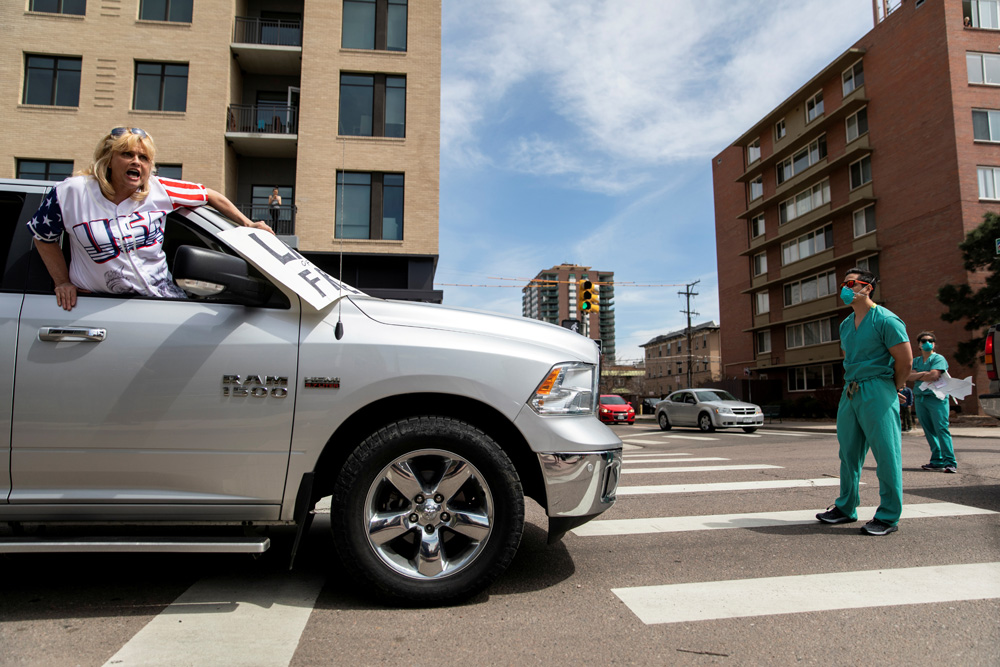 In Baltimore, the norms quickly shifted for one part of society: the essential workers, bus drivers, grocery store cashiers, and police. But they were slower to shift for the city’s other citizens. Sometimes they were altogether shunned by those who had little respect for others before the country became embroiled in a global struggle to survive a deadly pandemic. On the streets, whether beneath the bright rays of the spring sun or wrapped in the cloak of the cold dark, police wore on their faces a white flag of surrender as they journeyed through the dangerous new territory that the coronavirus epidemic had created for them. A shooting here; a stabbing there; an ATM abducted in the middle of the night. 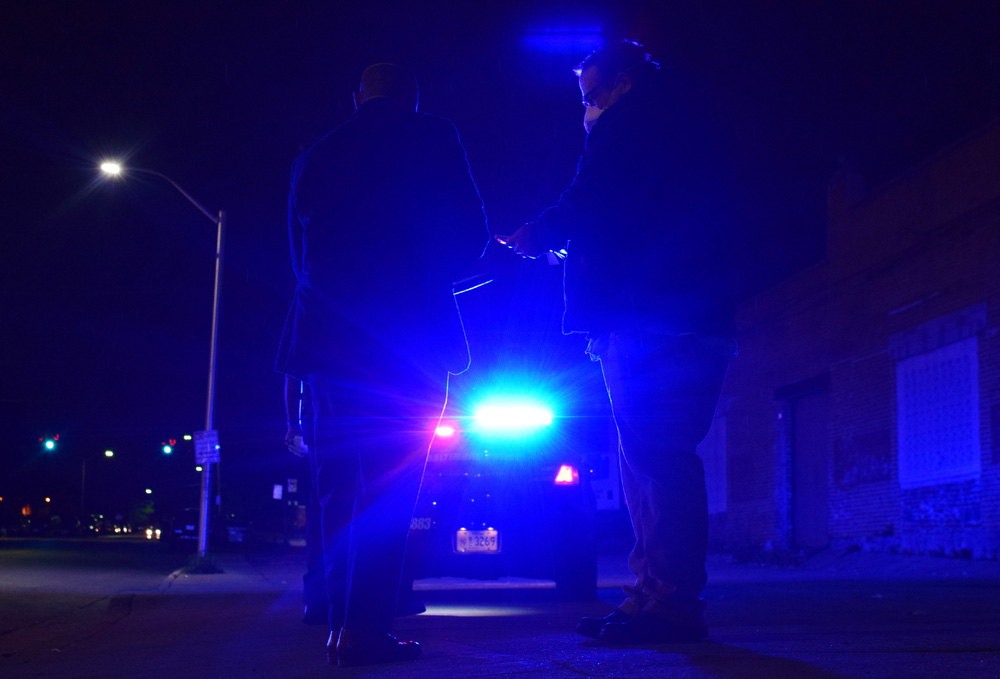 The sea of traumatic events continued to churn, pushed along by a slower undercurrent. But the hazards that typically lurked in its daunting abyss still comprised the worst parts of reality. Lingering among them were new political dangers, the cost of attempting to navigate through uncharted territory during a once-in-a-lifetime apocalyptic event. These threats made themselves more evident on April 9, after a meeting between city officials and local union leaders created new turmoil. The economic impacts of Baltimore’s wide-scale effort to protect its residents from the coronavirus were projected to create a revenue loss of $103 million in fiscal year 2021, which would need to be partially offset by one of three options that spanned from freezing the salaries of Baltimore’s police officers and firefighters or subjecting them to massive furloughs and layoffs.

The police union described the city’s “Choose Your Own Adventure” proposal as a “display of poor leadership” in a letter to its members. 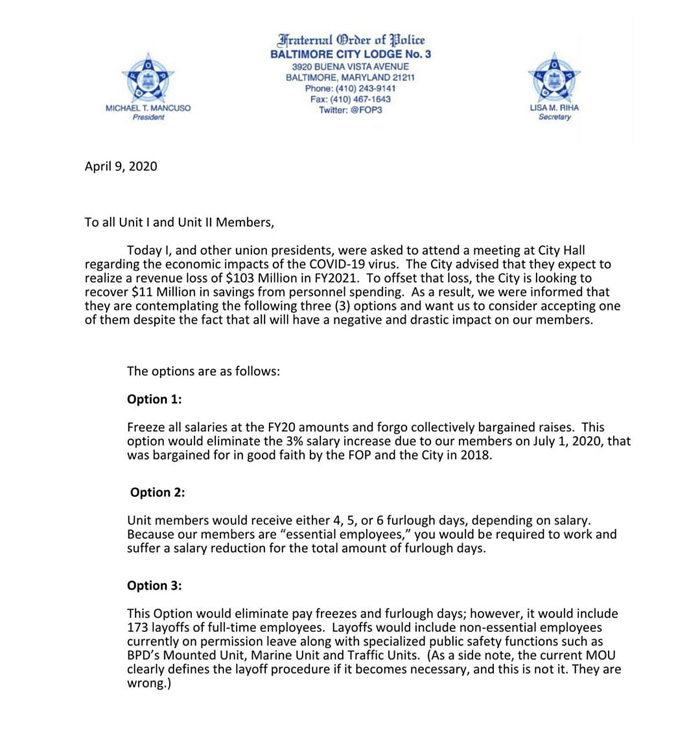 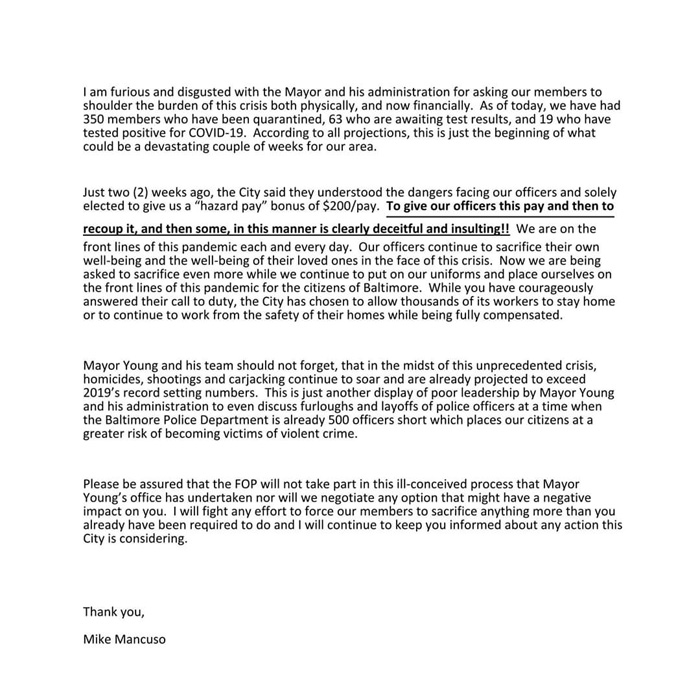 The firefighters’ union depicted the meeting as ill-timed and marred by preposterous suggestions. “We know that the City has to balance their budget with the Mayor and City Council by July and that everyone is being hit hard by this global pandemic,” union leaders said in a letter to firefighters. “But to suggest this sacrifice of our members who are on the front lines every day is unacceptable and disheartening.” 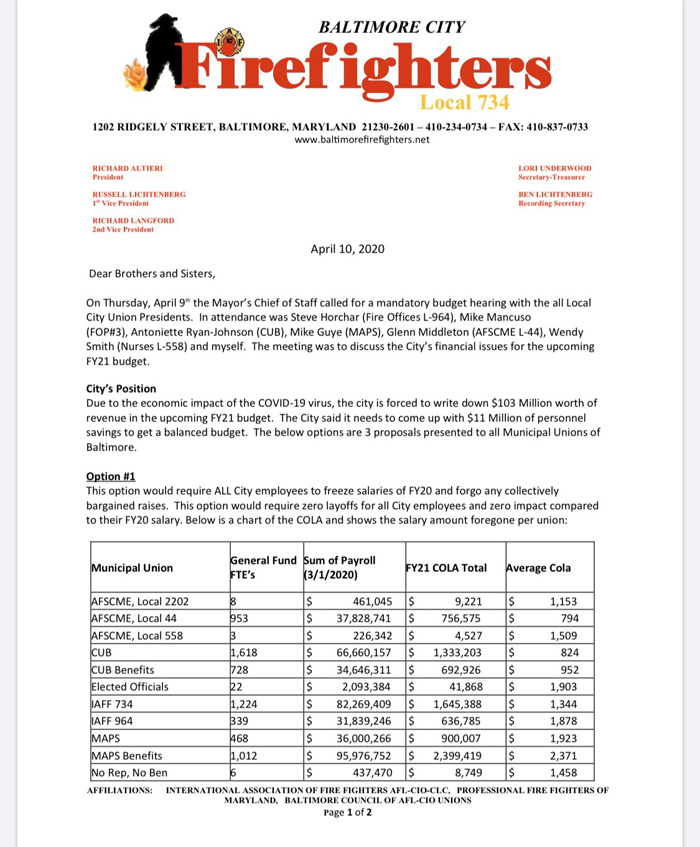 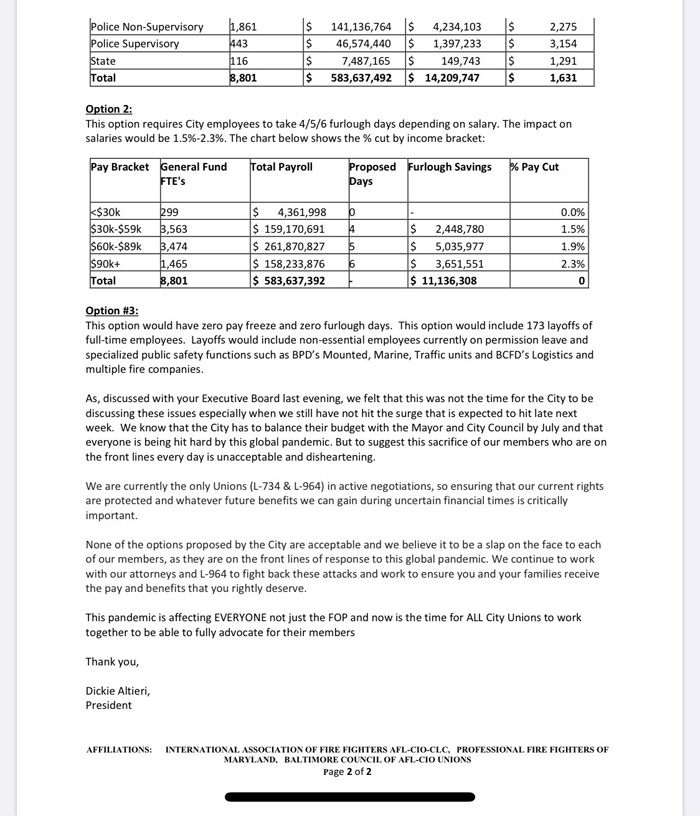 It was the typical tainted budget tango that required two steps forward and yielded many more steps back. While that intimate interaction proceeded to play out privately behind closed doors, small pockets of chaos continued to spin across the city. They surfaced and resurfaced amid the old mansions that had survived the uncertainties of the early twentieth century but succumbed to the homeless problems and drug addictions that became common at the end of the late twentieth century. They sprung up amid the abandoned houses of the city’s westside neighborhoods like tufts of dandelion, small, barely noticeable, and yet poised to populate its overlooked lots and unkempt alleyways. The unusual crimes that were the hallmark of the city had become the usual crimes of its pandemic period. On April 10, the day after city officials had tried to herd local union leaders toward a future of furloughs and layoffs, police officers were reeling from a twenty-four hour period where multiple ATMs had been stolen, mostly during business hours, and mostly with store employees standing by to witness the audacity of Baltimore’s brazen criminals. Then, on April 15, police stumbled across a new anomaly in an alleyway on the southwest side of the city: an abandoned truck, with its engine still running and its truck bed filled with ATM parts. 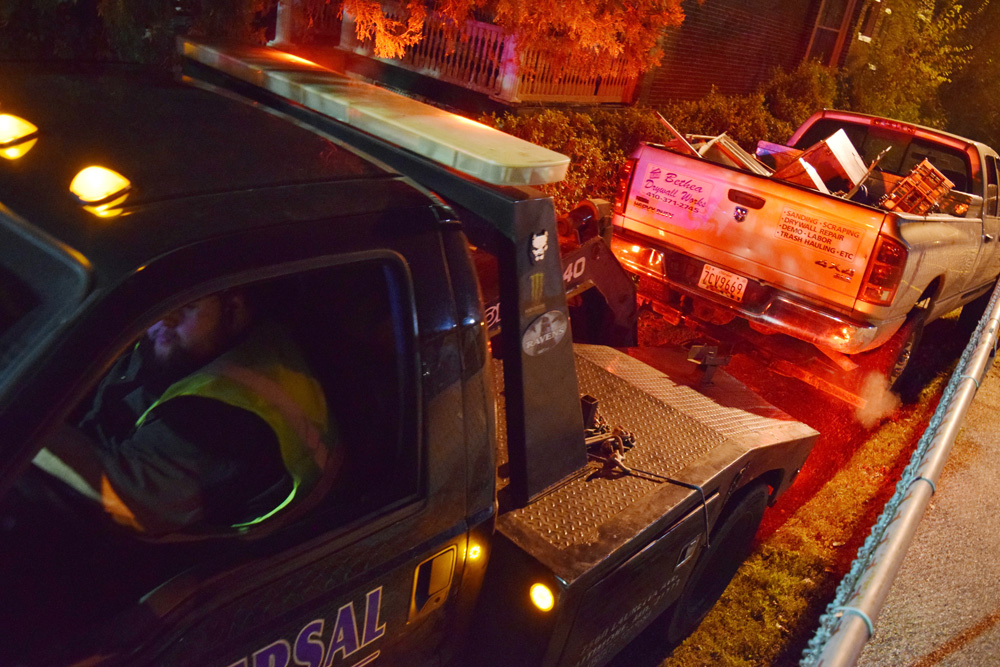 The daytime “get rich quick” ATM thefts had disappeared for a bit only to resurface amid Baltimore’s sea of sins on April 21. That’s when the criminals struck again. They targeted a small store seated four blocks away from one that was targeted before, in the same neighborhood, around the same time of day. What once had been an occasional overnight trend in the fall of 2019 had tentatively evolved into the daytime norm of spring 2020. The sharks known to lurk on the outskirts of the city’s shore were starting to explore the undercurrents in the shallow waters that had been made available to them by coronavirus restrictions, mauling and munching on whatever they could find. It was the tell-tale sign of adaptation in the test pool of a pandemic-panicked society.

All Other Images: Maggie Ybarra