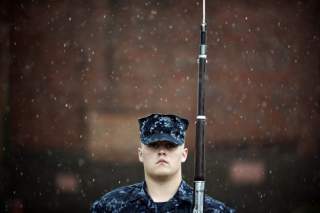 The next U.S. president will have to face the harsh reality of a war-weary public, contentious domestic politics, uneven economic growth, and a world in which America’s influence seems to be fading. Regardless of who wins this November’s election, the new administration will be forced to set priorities and concentrate national attention and scarce resources on the serious foreign-policy challenges facing this country.

Governing requires hard decisions concerning whether to maintain, expand, or shed commitments. The new administration will have to address questions pertaining to reducing operations in Afghanistan, maintaining obligations in Iraq, and expanding security commitments in the South China Sea. U.S. leaders must constantly evaluate the costs, risks, and potential benefits connected with the myriad of competing interests facing this country. Some obligations may promise too little gain to justify their expense in lives and resources. Others drag on, trying popular and elite patience. Some outlive their usefulness, siphoning resources from more pressing commitments.

Offloading burdens becomes necessary when a great power finds itself stretched too thin. For better or worse, the United States now presides over an age of strategic triage. While the word triage comes from the world of medicine, it is surprisingly useful for strategic deliberations. The Merriam-Webster Medical Dictionary defines triage as:

1: the sorting of and allocation of treatment to patients and especially battle and disaster victims according to a system of priorities designed to maximize the number of survivors.

Triaging is a commonsense method used by field hospitals in times of war or disaster to allocate scarce medical resources to save the most victims possible. Doctors recognize that some patients will recover without immediate medical attention, while others will die even with medical care. Identifying these two groups and excluding them from immediate care allows medical personnel to devote their energies to helping those whose chances of recovery improve with medical attention.

The goal is to wring the most life-saving value from the doctors’ labor. Makes sense, doesn’t it? Medical professionals apportion finite resources to save as many victims as they can.

The Logic of Strategic Triage:

Strategic triage is triage of a political nature, but like the public-health concept, it’s also about allocating finite resources where they can do the most good. But in this case the process benefits not the “victims”—allies, theaters, or operations of doubtful value—but the great power that took on these commitments. It’s a self-serving process conducted to bolster the well-being of the “physician.”

In international relations, health is measured in terms of a state’s military, economic, and diplomatic power and influence. Since all power is relative, it is incumbent on strategists to produce an accurate diagnosis of their country’s health, as well as the health of allies and adversaries. In the zero-sum game of global politics, in which one country’s gain is another’s loss, being healthy is necessary but not sufficient. This is particularly critical for superpowers like the United States, which must remain the strongest and healthiest of all because anything less simply means that the republic is losing ground to rivals.

After completing an accurate diagnosis, great-power strategists then develop a course of treatment that not only maintains but expands their nation’s unique strengths vis-à-vis its rivals. That’s essential because great powers need to effectively manage or cure short- and long-term ailments while seizing opportunities to reinvigorate their health. Only then can they tend to others.

A quick survey of U.S. interests around the globe reveals a dizzying array of competing interests, making an accurate diagnosis problematic. One way great powers have traditionally balanced competing interests is by establishing a clear hierarchy among them. Ideally, this involves a two-step process. The first step is a careful assessment of aims. The second step is to establish the type of aims that will be pursued. Both are required to formulate effective strategies with a reasonable chance of achieving the political aims.

Fortunately, the great Prussian military theorist Carl von Clausewitz has offered sound guidance on this matter. Clausewitz argues that the conduct of a state’s foreign policy must be governed by the pursuit of rational objectives. The value decision-makers assign to a political aim determines the amount of time and resources they are willing to invest to achieve the goal. That’s easier said than done, but it is still excellent guidance.

So the first step in determining national security interests is to measure the political aim’s importance and the costs associated with achieving it. This allows strategists and decision-makers to make logical decisions about the allocation of resources. The qualitative categorization of political aims and national-security interests enhances their ability to make rational choices.

Using this logic as a foundation, strategy must be based on the value of each political objective and judged by the resources and sacrifices required to achieve it. Clausewitz concludes, “Once the expenditure of effort exceeds the value of the political object, the object must be renounced […].” In other words, the value of any political aim is measured by its relative costs—the rate at which a combatant expends lives, treasure, and military resources of all types—and the time required to achieve the objective. Rate × time = total cost. Simple!

The Clausewitzian formula helps strategists determine when to abandon an enterprise short of attaining their aims. The cost of those aims may come to exceed the value of the political object, or the value assigned the political object may fall. In either case, the original goals no longer justify the expenditure of resources. Strategists should be prepared to revise their calculations to determine whether the enterprise is still worth its price. If not, Clausewitz warns them to shut down the endeavor—conserving what gains they can while cutting their losses.

Logic thus demands that decision-makers constantly tune the balance between a venture’s sunk and potential costs and the expected rewards of achieving the political objective. When cost/benefit logic no longer warrants political, economic, and military commitments, triaging the burden becomes the goal—even if it means altering political aims significantly, and even at the cost of reneging on pledges to allies.

Maintaining dominance in the international system over time, then, requires a great power capable of reconciling its national interests with its obligations to other states. That’s the essence of the rational calculus that is supposed to dominate the decision-making process.

We can break down interests into three qualifications: vital, important, and worthy but marginal aims. The more value the goal commands, the more readily leaders will devote resources to achieving or preserving it. World War II provides an excellent example: the United States placed extremely high value on defeating Imperial Japan and Nazi Germany. The nation mobilized millions of men and women and devoted much of its economy to the war effort. The value Americans assigned to their war aims, then, was commensurate with the resources they expended to win.

Important aims are those the United States deems worthy of serious attention but are not vital to the country’s survival. These include the challenges posed by global terrorist groups or civil wars in the Middle East, South Asia, and elsewhere that have upended entire regions while triggering crises within Europe.

Finally, marginal aims are attractive and worthwhile yet involve less obvious threats to national security. These include assistance in ameliorating humanitarian crises and the promotion of human rights and international law. The Obama administration’s tepid reaction to Russia’s military annexation of Crimea represents a good example of marginal American interests. Washington strongly condemned the invasion and annexation of Crimea but responded with only limited assistance to Ukraine and narrow economic sanctions against Moscow. This was classic cost/benefit analysis in action. U.S. officials voiced support for Ukraine’s sovereign rights, but their response was carefully calibrated to limit direct American involvement in the crisis.

The second step in appraising national-security interests is to determine the types of objectives to pursue. There are two types of political objectives, “positive” and “negative.” Positive objectives expand a country’s power and influence. Superpowers remain superpowers only if they remain perpetually on the lookout for opportunities to increase their power and influence relative to their adversaries.

Perpetuating and expanding economic, military, and political dominance, then, is a positive objective that must be tended to with the utmost care and skill. American firms, often with government assistance, are always searching for new markets. On the political playing field, diplomats court new allies while developing strategies to gain advantage over rivals. More broadly, expanding open markets and spreading liberal democracy have been the positive pillars of U.S. foreign policy since the end of World War II.

Negative interests, by contrast, focus on preserving a nation’s power while preventing other nations from taking it. Conserving the United States’ hegemonic position requires Washington to fend off challengers who seek to weaken or replace its influence. Negative political objectives range from overcoming vital security threats that endanger the nation’s survival to countering efforts to wear down the nation’s dominant global influence.