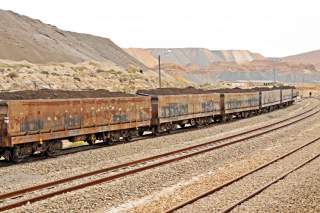 Beleaguered by economic and security issues since 2011, Tunisia has so far managed to avoid another episode of mass social unrest. As the Islamic State’s rise and expansion have demonstrated, however, Tunisia lacks the sustained stability it needs to function optimally. Security issues are certainly important, but the seemingly myopic focus on counterterrorism by both the Tunisian government and its allies overlooks the role that Tunisia’s natural resources is playing in creating a new wave of dissent.

Tunisia may not be awash in oil and gas like neighbors Algeria and Libya, but it is still a resource rich country. Even though it only produced 60,000 barrels of oil per day in 2013 and 6 billion cubic feet of natural gas in 2012, Tunisia’s south has shale formations containing an estimated 23 trillion cubic feet of recoverable gas and 1.5 billion barrels of recoverable oil, according to the United States Energy Information Administration. From 2010 to 2014, oil rents represented a small but not negligible 4.1 percent of Tunisia’s gross domestic product (GDP).

Tunisia’s phosphate industry provides a more significant source of income. In 2010, the 8.1 million tons of phosphates produced by the state-owned Gafsa Phosphate Company (CPG) made up almost four percent of GDP, but since former President Zine El Abidine Ben Ali was toppled in 2011, production has nosedived due to frequent protests by locals demanding employment and economic development. Phosphate production in the four years since 2011 totaled only 11.2 million tons, and the sector itself has lost about $2 billion in that same period.

This has made the economic picture in Tunisia, which has an unemployment rate of fifteen percent, even more bleak. The country expects only three percent growth this year, while industrial activity decreased by 3.7 percent year-on-year in the first quarter of 2015. While the government in Tunis struggles to respond to the decrease in production caused by economic grievances, Tunisians in the country’s south, where the phosphate sector is concentrated, are only becoming louder amid the continuing economic crisis.

On May 8, CPG operations ground to a halt due to sit-ins by unemployed youths. Prime Minister Habib Essid responded by announcing a slew of infrastructure projects including a hospital, drilling wells for poor farmers, and building a road from Tunis to Gafsa. The facility in Métlaoui, which accounts for 60 percent of the company’s phosphate production, partially resumed operations at the end of the month, but Essid’s efforts did not stop four towns in the region, including Métlaoui, from beginning a general strike on May 20. “The strike…is to draw attention to the bad conditions in the region, the unemployment, despite the phosphate riches there,” union leader Ali Jdidi said. “People want jobs more than anything.”

Given the magnitude of Tunisia’s economic crisis, it is no surprise that resource-related grievances are no longer limited to a specific sector and region. In early June, Serinus Energy announced the shut-in of its Sabria Field in central Tunisia due to local protests blocking roads to the Central Processing Facility. After initially targeting the nearby Perenco-owned and operated El Franig field, the protesters moved on to Sabria and “insisted that most … personnel stop work and leave the CPF.” The Serinus announcement states that the protests are “against the lack of development, investment and job creation in the area,” rather than directed at the company itself.

Demonstrations against oil and gas development, of course, are not a new phenomenon in the Maghreb region. In neighboring Algeria, residents in the southern town of In Salah have been protesting against drilling for shale gas at a nearby site since January 1. The movement, which cites environmental concerns, has significantly weakened since its initial offensive, but that is no indicator of what could happen in Tunisia. Even though social grievances associated with the phosphate industry alone are enough to seriously disrupt Tunisia’s economy, it is entirely possible—and plausible—that grievances directed at both the phosphate and oil sectors could reinforce each other to create the sort of social unrest that the government in Tunis is too ill-equipped to handle.

This is not to say that security-focused measures promoted by allies like the United States are insignificant. Indeed, designating Tunisia a major non-NATO ally, facilitating the purchase of Black Hawk helicopters, and delivering Humvees and patrol boats are some of the strongest signals of support for the country that the United States has ever sent. That does not mean, however, that focusing on security should come at the expense of the other issues threatening Tunisia’s complete transition to a peaceful and stable democratic state.

As Tunisia’s economic crisis continues to deepen, it is likely to experience more severe social unrest. Even though it remains unclear whether the frustration associated with and directed at the country’s natural resource sector can become cohesive enough to overwhelm the current regime, it is certainly a viable risk. Failing to take that factor into consideration is a misguided strategy.