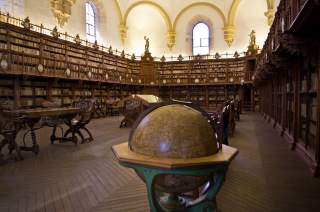 If there is a single theme running through Public Intellectuals in the Global Arena: Professors or Pundits?, a new anthology edited by Michael C. Desch, it is a word of caution for those who would guide the public mind. The book is styled as a contextual study, examining the nature and role of the public intellectual in various cultures (Western, Chinese, South American and Arab) and disciplines (philosophy, economics, blogging, science and diplomacy). That broad perspective establishes from the beginning that edicts from the Western academic imperium simply will not do.

But Global Arena’s call to a certain humility and ethical skepticism in public pronouncement is extended beyond any of its milieus. This movement appears in Andrew Bacevich’s illuminating review of intellectuals in the Cold War era, in which a polarized, absolutist intellectual climate “foreclosed alternatives and impoverished debate.” Related critiques surface in chapters from Mark Lilla, Kenneth R. Miller, Jeremi Suri and Desch himself, who mulls the ethics of the scholar stepping into politics. There is “no doubt that scholarly engagement with policy poses some moral quandaries,” Desch says, but “this tension can be a creative one,” if intellectuals can engage with prudence.

Punctuating this need for humility is the contributors’ use of examples drawn from recent American foreign policy, a helpful and perhaps unsurprising detail to readers familiar with Desch’s international-relations expertise and his advocacy of greater U.S. restraint abroad. This illustrative theme first appears in Suri’s assessment of the impact of public intellectuals, whose efforts “to tell a more complex and humbling history” of U.S. war making around the time of the 2003 invasion of Iraq “had little influence on policy,” or on a public then untempted by restraint. Subsequent years, of course, have proved that realist warning should have been heeded.

Bacevich, a veteran and military historian, similarly discusses the role of brazenly doctrinaire midcentury intellectuals in fostering “the emergence of the permanent national security state.” And Lilla, too, uses our Middle East misadventures as an effective critique of a rigid neoliberal framework that refuses to countenance tolerable governments if they do not fit the Western democratic mold. “This helps explain the folly of U.S. officials,” he suggests, “who when they entered and occupied Afghanistan and Iraq” promptly bulldozed local institutions and then puzzled that Western substitutes would not take.

If there is one deficit in Desch’s collection, it is a lack of meaningful treatment of the role of religion in the public square. Though Reinhold Niebuhr and Aquinas do make a few cameos, and Ahmad S. Moussalli’s chapter on Arab intellectuals necessarily concerns Islam, public theology would have been well suited for specific address in the disciplinary section; it is surprising in a volume from Notre Dame to find theology thus neglected. That is particularly the case given the unprecedented position of religion in the West today: daily at the forefront of political discourse, and yet grappling with an “expressivist dispensation,” to borrow Charles Taylor’s phrase from A Secular Age, in which any individual’s feeling of obligation to faith and its authorities is no longer guaranteed. (Speaking of Taylor, his conversation with Jürgen Habermas in 2011’s The Power of Religion in the Public Sphere is not far afield from the sort of discussion that might have enriched Public Intellectuals in the Global Arena. Likewise Miroslav Volf’s A Public Faith.)

Taylor’s description of our loss of common “cultural capital,” as Patrick Baert puts it in his chapter on philosophy, substantially shapes Global Arena beyond its mild secularist tendencies. As the subtitle indicates, the volume primarily (though by no means exclusively) conceives of the public intellectual as a faculty member in a university setting. Patrick J. Deneen’s contribution, “The Public Intellectual as Teacher and Students as Public,” makes this model most explicit, but that the typical American public intellectual of the twenty-first century is a professor is assumed throughout.

Unhappily—to the extent that such a pinched definition limits the diversity and wisdom of commentary on offer—it is a fair assumption. Once, as Michael Zuckert notes in “Caveat Lilla,” public intellectuals wrote to an audience that “was still rather restricted by the limits of literacy and the generally undemocratic character of society.” Today, however, “the public addressed by public intellectuals has expanded considerably.” Beyond its swelling size, as Taylor methodically demonstrates, the modern public is pluralist and fragmented in knowledge and belief alike.

Neither of these changes must be negative developments, but they do mean that public intellectuals can no longer communicate to a small, homogenous audience steeped in the same classic texts and cultural imaginary. For the public, they mean it is increasingly difficult to independently identify intellectuals of value—and thus the institutional endorsement a faculty role provides has become a convenient stand-in for the intellectual discernment those very institutions increasingly do not teach. Global Arena’s professorial bias is a reasonable, and perhaps even necessary, reaction to this situation.

To its credit, while operating within this institutional expectation, Global Arena also pushes beyond it, looking to historical and Global South contexts to identify other models of public intellectualism. Desch’s introduction cites the statesmen-intellectuals among America’s founders; Willy Lam features Chinese human-rights lawyers and Qing Dynasty officials; Enrique Krauze, Baert and Deneen include poets, novelists and journalists in their analyses.

The diversity of commentators considered throughout Global Arena looks toward a newly broadened understanding of the public intellectual as a person who makes accessible to a general audience both big ideas and specialized knowledge of politics, philosophy, science, art and, yes, religion. This is not, as Vittorio Hösle’s conclusion incongruously maintains, a narrow vocation necessarily concerned with public policy. Nor should it be solely the province of the professor, though that is the position’s main occupant now. For readers seeking a thoughtful interrogation of the present state and ongoing development of that role, Public Intellectuals in the Global Arena offers a useful and provoking read.

Bonnie Kristian is a fellow at Defense Priorities. She is a weekend editor at The Week and a columnist at Rare, and her writing has also appeared at Time magazine, Politico, Relevant magazine, The Hill and The American Conservative, among other outlets.