The West’s Economic War Against Russia Is Imperiling the World 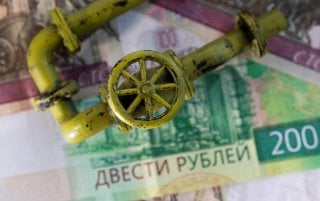 An extraordinary feature of the Ukraine crisis is the way it has imperiled three other “global goods”: efforts to address climate change, energy security, and poverty. Under the impetus of the total economic and financial war against Russia, as the French foreign minister described it, the West is now committing to a set of measures that threaten these other objectives, making them secondary or tertiary before the all-commanding need to do harm to the Russian economy. The global food crisis was precipitated by Russia’s war against Ukraine, as it has disrupted food and fertilizer shipments from the Black Sea, but the total economic war against Russia (TEWAR) looks set to deepen these multiple crises, converting temporary disruptions into near-permanent handicaps.

Energy security and climate change pose a set of quandaries that are very different from traditional geopolitics, and yet for which traditional geopolitics have been of vital importance. Vast interdependencies populate the subject. Energy production is thirsty, often intensely reliant on scarce freshwater. Climate change will make some areas far more susceptible to drought or harsh storms, imperiling food supplies. Then, too, the price of oil and natural gas is closely linked with food prices. Historically, crisis in the one domain has meant crisis in the other.

There has been no political consensus in the United States on how to approach this daunting array of problems. The Right became more and more convinced that climate science was a hoax. The Left, by contrast, concluded that oil companies were evil. Let us begin by casting a plague on both their houses and stipulating the following: the danger of climate change is real and needs zealous attention, but attempts to decarbonize the economy also need to focus closely on energy security, which is important for both national security and the well-being of the world’s billions. A sensible policy must address both; the TEWAR threatens to derail both.

The grave potential of the TEWAR to imperil both energy security and the climate change agenda has as its centerpiece today the ongoing standoff over imports of Russian gas and oil in Europe. Hawkish voices in Europe and America, such as the International Working Group on Russian Sanctions at Stanford University, want to enact “a complete ban and embargo of Russian crude oil, oil products, gas, and coal, banning both import and export flows to and from the democratic world, while minimizing the leakage through secondary sanctions.” Germany is now committed to supporting an embargo on Russian oil imports if the EU members agree; its new energy report says that “the end of dependence on Russian crude oil imports by late summer is realistic.” German chancellor Olaf Scholz has been far more guarded in his willingness to move at forced march speed to reduce Russian imports but appears to be on board with the general objective.

How far the West will proceed with its announced plans remains in question. While the United States appeared fully supportive of harsh measures in the beginning stages of the embargo, Secretary of Treasury Janet Yellen noted on April 21 that “we need to be careful when we think about a complete European ban on, say, oil imports." Such a ban would raise global oil prices "and, counterintuitively, it could actually have very little negative impact on Russia, because although Russia might export less, its price it gets for its exports would go up."

Yellen’s remarks nicely encapsulate what has become the fundamental purpose of Western policy, which is to find a way of reducing Russia’s revenues “without harming the entire globe through higher energy prices.” That ideal, however, is very unlikely to be accomplished. Just about every initiative on which the administration embarked in its oil diplomacy has met with failure. Russian production, to be sure, is estimated to have fallen from 11.1 million barrels a day in February to 9.76 mbd in April. The International Energy Agency (IEA) projects that it will fall by a quarter. The sought-for increases in global supply, however, have not been forthcoming. The U.S. approach to Venezuela, Saudi Arabia, Qatar, the UAE, and Iran has varied according to circumstance, but the outcome has been pretty much the same: frustration. No deal with Venezuela, which specializes in Subprime Carbon Assets, has yet been achieved. Crown Prince Mohammad bin Salman won’t take a phone call from President Joe Biden and prefers to coordinate OPEC+ policy with Russia. Qatar reminded bright-eyed U.S. negotiators, eager to send LNG to Europe, that it had LNG contracts with Asia that are long-term and inviolable. The hoped-for revival of the nuclear deal with Iran, which would bring an extra 1 to 1.5 mbd on the global market, appears caught in the crossfire between what is necessary to close with the Iranians and what can pass muster at home.

In the days after the Russian invasion, the oil price exploded by 35 percent, but on April 29 was only 14 percent above the level reached on February 23, the day before the war. Two factors—the virus-induced sudden lockdown of 400 million people in China and the promised release of a million barrels a day from America’s Strategic Petroleum Reserve (SPR)—have quelled the beast thus far, but the danger remains. The prospect of an oil shock clearly rises the more the United States and the West are successful in their primary aim of reducing Russian revenues. In effect, the left hand is trying to offset what the right hand has done and is doing. In this contest, the right hand appears to be winning.

The short-term fix of releasing 180 million barrels of oil from the SPR will definitely help out in 2022. What about 2023, when the SPR is depleted by half? It was the danger of disruptions in the Persian Gulf that provoked the creation of the SPR in the first place. With the prospects for reviving the Iran nuclear deal dimming quickly, that danger has increased, not diminished. A failure to revive the Joint Comprehensive Plan of Action inevitably puts force back in play for the United States, a collateral effect of which is a heightened threat of tit-for-tat retaliations in the oil sector. This year’s release of oil increases energy security in the short run but decreases energy security once the SPR is depleted.

The oil price resulting from a shutdown of Russian energy exports, such as has been called for by the Stanford experts, has been variously estimated by observers. One philanthropist, the head of the largest U.S. shale oil company, told the Financial Times shortly after the outbreak of war that oil would be $200 a barrel if Russian exports were cut off. He was all for it, out of moral principle. In the stipulated circumstance, of course, his company’s stock price would fly like a Tesla on a SpaceX rocket. Others have pegged the likely oil price, in the event Russia were put out of the oil market, at more like $300 a barrel. No one can say for sure what gyrations would follow, but commodity markets are capable of spectacular moonshots if faced with a 5 percent reduction in supplies. When Arab states reduced oil exports by 5 percent in 1973 and 1974, the result was a nearly four-fold increase in prices.

Do the interests of the Global South figure in the moral accounting of the advocates for harsh sanctions? It would not seem so. Consider, for example, the position of India. The United States scowled when India did a rubles to rupees settlement for Russian oil at a 20 percent discount to world prices, but thus far Indian imports of Russian energy only constitute 1 to 2 percent of its total. The price of oil is a big deal to India. As Mihir Sharma noted in India’s Business Standard, “If oil remains above $70 a barrel for months, the rupee will collapse, the government will run out of spending money, inflation will skyrocket and the country will have to start worrying about a balance of payments crisis.” By seeking to drive Russian exports from the markets, U.S. policy strongly encourages oil shortages and price hikes; in a nation of 1.4 billion people, that might prove a more pressing concern than getting on “the right side of history,” as India’s leaders were urged to do by White House spokesperson Jen Psaki.

The United States has leverage with India and might bend Delhi to its will in certain respects, but it’s easy to understand the resentment simmering beneath the surface. Under almost any circumstances in the next several years, Europe will import far more energy from Russia than India; why then should India live under the threat of U.S. sanctions? For decades, the United States has pressured India from developing close economic ties with Iran, the cheapest source of natural gas for its growing consumption. As Sharma points out, “The U.S. spent most of the last decade trying to convince India not to buy Iranian oil, only to try to get Iranian shipments back on the market as soon as the focus shifted to Russia.” In the game of pipeline geopolitics over the last thirty years, the key U.S. objective has been to thwart, first, anything that would benefit Iran, and second, anything that would benefit Russia. The only constant in U.S. policy is that India’s energy interests have been sacrificed for America’s geopolitical objectives, though Russia has now surprisingly outrun Iran as the nation to be most sanctioned.