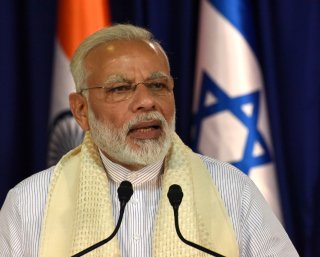 West Asia—due to its geography and rising share of the global population—is destined to be more economically integrated. Securing this future requires West Asian nations and people to be able to make their own decisions without the need for a U.S. security umbrella or fear of violent interference from regional and outside powers.

In the long run, the Indo-Abrahamic bloc will not just be a strategic anchor of U.S. interests in the region; it will be the basis of a favorable balance of power that maintains peace and security in West Asia. The littoral states of the Indian Ocean can secure their own economic vitality and security through a trade and defense network. The United States can either help shepherd this process along and shape it to its interests, or it can let the strategic pitch sail right by and let others take their swing.

Mohammed Soliman is a global strategy advisor and a nonresident scholar at the Middle East Institute. He developed the Indo-Abrahamic strategic framework and advocates for the geopolitical integration of West Asia. Follow him on Twitter @thisissoliman.