The West Is Getting Afghanistan Wrong, Again 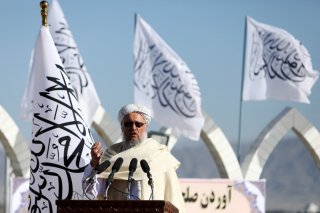 When the Taliban marched into Kabul on August 15, 2021, marking the end of forty years of conflict, I breathed a sigh of relief. “Finally,” I thought, “the bloodshed has ended.” With the entire country now decisively in the hands of one central power for the first time since that brief period in the early 2000s, the international community would be in a position to support the new authorities in providing stable governance for the people of Afghanistan.

But that didn’t happen. Instead, Western militaries immediately airlifted the vast majority of Kabul’s middle class out of the country—less a brain drain than a cerebral durchfall—and deprived Afghanistan of vital economic stakeholders. The situation was compounded by the wholesale shuttering of Western embassies which sent a strong message to the Taliban that the international community (and here I refer primarily to Western governments, as a number of international aid organizations remained in the country) was turning its back on Afghanistan once again. The World Bank immediately cut its funding to the healthcare sector, which rapidly began to collapse, and it was left to international aid agencies to fill the void, supporting hospitals and paying salaries to medical staff. As a final farewell, the United States slammed further sanctions on the Taliban and seized $10 billion of Afghanistan’s assets.

The tone for diplomatic interaction between the international community and the new Islamic Emirate of Afghanistan was set.

There has been much debate in recent years over whether the Taliban have really “changed.” A new term has emerged: Taliban 2.0, representing a kinder, more moderate face to the world. Many Afghans rejected this concept, claiming that the idea that the Taliban had changed was no more than dangerous propaganda. The simple fact is, however, that the Taliban have changed.

In the 1990s, the Taliban banned cameras, music, and televisions. Women were forced to wear the chadari (burqa) and men were compelled to grow long beards and wear turbans. Female education was banned. Criminals were punished according to the Islamic hudood, through amputations of limbs and public executions. The Taliban of 2021 arrived in Kabul with its foot soldiers taking selfies in amusement parks. While a recent edict imposed “Islamic hijab” on women, it stopped short of mandating the chadari (though, notably, several international media outlets erroneously reported otherwise). Men do not have to grow beards or wear turbans. And although the majority of girls’ secondary schools are closed, some in the north are open and primary schools and universities are open for female attendance throughout the country. The hudood has not been reintroduced.

In the 1990s, the Taliban was essentially an ethnic Pashtun phenomenon. In 1999, the Taliban massacred the ethnic Hazaras in their heartland of Bamyan. In 2021, however, the Taliban government includes an ethnic Uzbek, Abdul Salam Hanafi, as deputy prime minister. The chief of staff of the armed forces, Qari Fasihuddin, is an ethnic Tajik. Though no Hazara holds high office, a deputy health minister, Muhammad Hassan Ghyasi, is a Hazara, and there are Hazara Taliban on duty in Bamyan.

This is all evidence of a change in the Taliban. Small as these changes may be, they are significant and demonstrate—above all else—that the Taliban’s ideology can adapt and evolve. Taliban 2.0 is real.

However, there seems to be a determination in the West to dismiss all of these changes and portray them as nothing more than cosmetic. Composed solely of Taliban, the government is hardly inclusive; the issue of secondary schooling for girls remains unresolved; and the edict on female dress caused international uproar hugely disproportionate to its effect on the ground, where Afghan women already comply with Islamic dress codes on a daily basis.

More critically, the failure of what might be termed the “internationalized” wing of the Taliban—personified by characters such as the former political leader Mullah Baradar and current Foreign Minister Amir Khan Muttaqi—to gain any concessions from the West whatsoever is in serious danger of undermining their position. While Taliban 2.0 is real, Taliban 1.0 never went away. The former minister of justice, the one-eyed and one-legged Mullah Nooruddin Turabi, responsible for the enforcement of the hudood during the 1990s, has not been given a seat in the government, despite leading various Taliban commissions throughout the past two decades. Instead, he has been sidelined to the distinctly tame position of vice president of the Afghan Red Crescent Society. Turabi is just one of many waiting in the wings for a position more commensurate with his commitment and experience.

It is an open secret that the Taliban is a conglomerate of different factions and fault lines run horizontally and vertically through the movement. In simple terms, it is ideologically divided between Taliban 1.0 and Taliban 2.0, a  fact picked up by the UN 1988 Taliban sanctions committee in its latest report. This largely accounts for the reversal of the decision in March to reopen girls’ secondary schools. I was personally wrong-footed when I read that the schools were to reopen since I could not see that the Taliban had gained anything from the West in order to predicate such a move. I even began to wonder if my understanding of the Taliban was fundamentally flawed. It was therefore more logical when, given the outraged shock of the international community, the decision was reversed.

The West is placing heavy emphasis on the importance of women’s rights and girls’ education. These issues are used as a stick to beat the Taliban at (seemingly) every meeting they have with international diplomats. The continued emphasis on these two points inflates their importance on the negotiating table. To the Taliban, these issues appear to be High-Value Items for the international community, to be bargained carefully and only in exchange for High-Value Items the Taliban themselves desire. On more than one occasion, international diplomats have accused the Taliban of untrustworthiness and reneging on commitments. The implication is that while the West negotiates in good faith, the Taliban have a hidden agenda. The problem is that the Taliban think the same of the international community. It is no secret that the West would like the Taliban to change and much of the debate around the existence or otherwise of “Taliban 2.0” revolves around the limited change that has been seen in the Taliban’s ideology. But how can the Taliban negotiate with a party whose explicit agenda is to change the nature of their rule? There is a Pashto proverb: “Beating a donkey does not make it into a horse.” Having fought for twenty years to regain power and once again assert their rule, the Taliban view the international community’s approach as an attempt to transform their stallion into a mule.

By placing such high value on certain issues, the Taliban suspect that the international community has a hidden agenda and that the veil (no pun intended) of women’s rights is a Trojan horse for nefarious political intentions. The Taliban fear being outwitted by the very adversary they believe they defeated on the battlefield. There is, therefore, an appalling lack of trust between the parties. Negotiations devoid of any trust are unlikely to succeed.

Through continued and public berating and denunciation of the Taliban, the international community is undermining the very people it needs to empower: the Mullah Baradars and Amir Khan Muttaqis of Taliban 2.0. The unintended consequence of this is, equally, to empower the conservative hardliners of Taliban 1.0. Ultimately, one has to ask: is this the best the international community can do?

Having failed to effect real change for Afghans as a whole, Western governments tend to lapse back into their comfortable rhetoric by claiming that “the Taliban haven’t changed,” while maintaining blissful ignorance of their own role in bringing about that self-fulfilling prophecy. When I left Afghanistan in December 2021, I tweeted “If you extend a hand to the Taliban, they will meet you half way. If you pressure them, their position will harden.” I added that “the window of opportunity is closing fast” for the international community to effect positive change in the country.

Two weeks ago, the Taliban announced a new national budget—the first in two decades funded solely by Afghanistan itself. Previous governments relied on international aid for up to 70 percent of the national budget, a vast amount of which notoriously ended up in the mansions and penthouses of Dubai. The ability of Afghanistan to fund itself should be applauded. Instead, the international community denounced the abolishing of the Afghan Human Rights Commission, without considering that Afghanistan, deprived of international aid and with a population on the verge of starvation, cannot afford to sustain the human rights body.