We've Seen This Deep-State Story Before 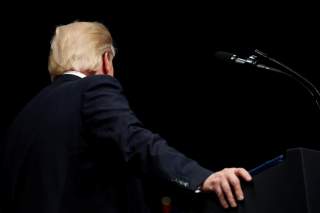 IS THERE a secret club, society, or cabal that manipulates the organs of power and public opinion in opposition to the will of a democratically elected political leadership? If so, it’s a “deep state.” If not, it’s a myth.

As a boy in the early 1950s, I learned about a widely feared attempt to take over America by communists, “fellow-travelers” and “dupes” who seemed to have been infiltrating our government, press, movies, schools and churches. Both the Roosevelt and Truman administrations, we were told, had become hotbeds of communist traitors intent on subverting the capital of the free world. A few years later, it was just a myth.

As a student at Harvard in January 1961, I heard President Dwight Eisenhower’s farewell warning against the corrupting influence of the military-industrial complex as “a potential enemy of the national interest.” Public policy, he said, could become the “captive of a scientific-technological elite.” Eisenhower had just seen Sen. John Kennedy wage a successful campaign against Vice President Richard Nixon by hyping the threat of a fictional “missile gap” that had been imagined and spread by intelligence agencies, defense intellectuals and public-opinion leaders in the media, Congress, the armed forces and military industries. Eisenhower’s misgivings were often echoed in antiwar protests until the Vietnam War ended in 1975.

But then, in 2003, Americans were misled by the George W. Bush administration into invading Iraq to rid it of weapons that many in the national-security establishment, and its enablers in the media, such as the New York Times’ Judith Miller, mistakenly believed it had or was about to obtain. The result was that a new “deep state” emerged for them to suspect of perfidious designs at home and abroad.

So it goes. A short-lived, right-wing crusade against a supposedly stealthy, hostile takeover; a long, left-wing campaign against military industrialists and anticommunist warriors; and a consensus concocted by those in power for a needlessly damaging war. All three events left a lasting impression on American democracy.

But that’s not the end. Since 2016, we’ve seen the emergence of a new and different version of the “deep state”: an anti-Russian, anti-Trump network of federal investigators, media opinion makers and congressional publicity seekers, posing as champions of the American way.

This will turn out to be as much a chimera as its first precursor, led by Sen. Joe McCarthy and Donald Trump’s former counselor Roy Cohn. Still, American politicians won’t stop seeking electoral advantage by fostering and exploiting popular beliefs that opponents of the national interest, or even enemies of the people, have occupied key positions in the government, media and other institutions.

But, notwithstanding lapses of vigilance or intelligence, the electorate will eventually figure out what news is truly fake.

John Despres was an assistant secretary of commerce in the first Clinton administration.

Image: U.S. President Donald Trump turns to address others onstage during his remarks at a graduation ceremony at the FBI Academy on the grounds of Marine Corps Base Quantico in Quantico, Virginia, U.S. December 15, 2017. REUTERS/Jonathan Ernst