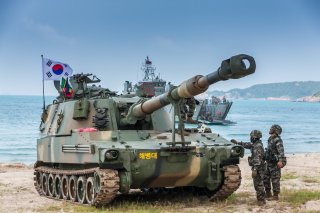 President Yoon Suk-yeol made the announcement on November 11 at the summit of the Association of Southeast Asian Nations (ASEAN), held in Phnom Penh, Cambodia, during a week of intense diplomacy there and later on the sidelines of the G-20 meeting in Bali, Indonesia.

This is a significant development, as South Korea was one of the few regional partners yet to adopt the language of the “Indo-Pacific,” which has been the major American framework for the region since the Trump administration. Since taking office in May 2022, Yoon has promised to expand the U.S.-Republic of Korea (ROK) alliance; linking up the U.S. Indo-Pacific Strategy was understood to be a pillar of that project. Yoon’s tough talk on China also seemed well aligned with Washington’s competition against China through the Indo-Pacific policy.

Seoul’s Indo-Pacific Strategy echoes Washington’s—or mimics it. The Korean policy adopts precisely the language of the American version: there is a focus on “freedom” and an “international order based on universal values.” Yoon called for “the building of a free, peaceful, and prosperous Indo-Pacific region through cooperation with major countries including ASEAN.” The wording is strikingly similar to the rules-based order that Washington envisions in a “free and open” and “prosperous” region.

That South Korea and the United States would have identical visions for the region is not intuitive. South Korea has a wide range of ties throughout Asia; these put the East Asian country in a different position than the United States. From sponsoring and carrying out massive infrastructure projects in Cambodia and Vietnam to hosting farm and factory workers from South and Southeast Asia, in the past two decades, South Korea has become tightly connected to the region. And this is without including the intertwining of the Chinese and Korean economies.

Asia looks different from Seoul than it does from Washington. That is not to suggest a problem in U.S.-ROK relations, but only to recognize a reality that should hardly be surprising.

Responses abroad and in South Korea have suggested that the policy indicates a shifting stance on China. Yoon’s statement that “ASEAN is the most important partner for cooperation in Korea’s Indo-Pacific Strategy” indicates China’s relegation to a peripheral place. In calling for an order based on rules, Yoon announced that force could not be accepted in the region. That wording seems to suggest that South Korea would deter or otherwise oppose Chinese aggression in the Taiwan Strait and in the South China Sea.

This stance marks a shift, as South Korea’s security focus has been on deterring Pyongyang. However, what Yoon’s words mean in practice has not been clarified. Indeed, the announcement came with no statement at all as to how South Korea could strengthen itself vis-à-vis China.

The Korean Indo-Pacific Strategy may not be a sign of South Korea pivoting or leaning toward the United States over China. That conclusion could present a false dichotomy.

Like many American friends in Asia, South Korea finds itself squeezed in the U.S.-China rivalry. Under previous ROK administrations, U.S.-ROK cooperation was strong, but Seoul stayed away from the regional strategy of the United States because of its economic dependence on China. As analyst Seungjoo Lee noted, “South Korea could maximize its national interests by expanding economic relations with China, while also solidifying its traditional security alliance with the United States.”

South Korea’s economic entanglement with China is also, in part, the product of Korean-American cooperation. For the last three decades, South Korean firms have been crucial in sourcing parts and labor from China to put together Korea-branded goods for American consumption. It had never been a choice of “China or the United States.”

Now, as the United States makes moves to decouple from China, the South Korean economy remains tied to China through supply chains and, increasingly, as an export market. The result is increasing the vulnerability of this American ally’s economy to China.

The Yoon government might have signaled that vulnerability to the United States through a more nuanced Asia or Indo-Pacific policy. Instead, the announced policy gives the impression it was all about the United States and not about Asia. Further evidence for that impression is that responsibility for drafting the Korean Indo-Pacific Strategy was housed in the foreign ministry’s North American Affairs Bureau.

A statement of commitment to the United States over China may carry only superficial meaning—South Korean commitment has been constant. What the United States may need more is a partner who shares its own difficulties rather than gliding over them. Security in Asia has become more complex, as economic and geopolitical affairs intertwine. In this environment, Washington could use regional allies that are upfront about their challenges. Knowing exactly where sources of vulnerability lie and finding ways to discuss them could help. The flattery that comes with mimicry appears calculated and unhelpful.

Erik Mobrand is Korea Policy Chair and a senior political scientist at the nonprofit, nonpartisan RAND Corporation. He is the author of Top-Down Democracy in South Korea (University of Washington Press, 2019).