What’s Really Behind the Protests in Kazakhstan? 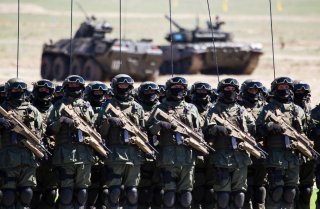 Is the West’s pursuit of green energy and climate change targets indirectly responsible for the current unrest in Kazakhstan? And what might this suggest about links between environmental policy, energy choices, and Eurasian geopolitical stability?

Recall that for years, the authoritarian regimes of the Middle East seemed to project an aura of instability. A series of political protests in Egypt in 2008 fizzled out, posing no major challenge to the Hosni Mubarak regime. Yet the major European drought of 2010—which led Russia to massively restrict the export of grain and other foodstuffs—and the ongoing shift during the 2000s in agricultural production away from food and towards biofuels (in part because of record-high energy prices)—made it much harder for governments throughout the Middle East, especially in Egypt, to subsidize food prices and hold down costs. It was the quadrupling of bread prices in Egypt—on top of simmering and long-standing complaints about governance—that ignited the Tahrir Square revolution.

For the last two years, there has been increased political as well as shareholder pressure on Western governments and energy companies to move away from hydrocarbon production and use and towards a green energy future. Already battered by the 2020 oil price war between Russia and Saudi Arabia, and then by the Covid-19 pandemic, America’s shale producers have read the tea leaves in Washington with an administration that no longer prioritizes North American energy self-sufficiency (and export capability) at the expense of climate and environmental goals. Western energy companies have been loath to make major new investments in oil and gas production. Despite the uncertainties brought about by the Omicron wave, demand for oil (and natural gas) is climbing while sources of supply are tightening. As Tsvetana Paraskova has reported, “Hedge funds bought oil futures and options contracts at the fastest pace in four months in the final week of 2021.” Making up for lost ground, oil sellers are seeking to maximize profits, in part to assuage the damage inflicted by the pandemic on their bottom lines, but also to shore up their capital reserves. The discipline of the OPEC Plus grouping in managing a controlled increase in oil production, combined with any real downward pressure on prices from a one-time release from strategic petroleum reserves, means that demand continues to outstrip supply.

The oil consortia in Kazakhstan—partnerships between the state companies and their Western partners—have seen demand tick up and a willingness of Western and Asian consumers to pay more (the various oil “premiums” over baseline world market prices to guarantee delivery). And herein lies what may have been a fatal calculation. A key byproduct of the crude oil exported by Kazakhstan is “liquefied petroleum gas” (LPG), a mix of hydrocarbon gases released in oil production. LPG (which many Americans use in the form of propane) is a staple energy product in Kazakhstan, for use in heating, cooking, and in powering vehicles (as autogas). For years, LPG was sold to domestic consumers at a subsidized rate well below production cost. In addition, other goods were also subsidized by the state.

This is part of the bargain we see in many authoritarian states where the citizenry, in return for staying apolitical, is guaranteed a basic standard of living. As we saw in Egypt and have seen in Venezuela, when a government loses the ability to artificially distort market prices as part of its implied social contract, protest invariably follows. The decision to lift the price cap on LPG quite literally fueled simmering anger at the status quo in Kazakhstan, particularly the notion that an energy producer like Kazakhstan should be able to guarantee a much higher standard of living for the population—if more of the benefits weren’t being squirreled away by the elite. At the same time, this may incentivize other energy producers to find ways to keep more of their energy “at home.” While not inspired by events in Kazakhstan, Mexico’s own recent announcements that its state oil company will begin to reduce exports in order to guarantee more energy for domestic use may further tighten international energy markets.

The protests have given president Kassym-Jomart Tokayev the pretext for completely retiring the “first president” Nursultan Nazarbayev from his position as head of the Security Council as well as removing some of the key officials meant to preserve Nazarbayev’s position. Effectively, the duumvirate that governed Kazakhstan since 2019 has ended. Yet Tokayev’s ability to control the country and cement his position is in doubt. When promises to restore LPG price caps and institute political and economic reforms did not cause an end to protests, and with concerns about the loyalty of the security forces, Tokayev formally requested that the Collective Security Treaty Organization to provide security assistance. The gamble is whether the arrival of Russian, Belarusian, Kyrgyz, and Armenian peacekeeper and military police units will strengthen Tokayev’s hand by convincing Kazakhstan’s military and security services to take orders from Tokayev and to disperse protests, or whether this will further fuel instability.

Moreover, Kazakhstan matters in very important ways both to Russia and to China. Without Kazakhstan’s economy, there is no Eurasian Economic Union, and there are a number of important Russian-Kazakhstan joint ventures. Moreover, the long undefended border is a particular vulnerability Russia does not wish to confront, at a time when its posture vis-à-vis Ukraine is so unsettled. For China, Kazakhstan is the keystone in its “new Eurasian landbridge” portion of its Belt and Road Initiative, as well as its role as a key supplier of energy and resources to China. At a time when the world is dealing with a dint of natural gas supplies—with American LNG tankers diverting from their traditional Asian customers to more desperate European buyers—further interruptions in natural gas supplies would create real economic difficulties for China. A crisis in Kazakhstan is also a test of the Russia-China “understanding” of how the geopolitics of Central Asia are to be managed between Moscow and Beijing.

Just as energy serves as an important substratum behind the Russia-Ukraine tensions, concern about any interruption of energy supplies from a major producer will have reverberations. Germany’s willingness to slow-roll the bureaucratic process for certifying the Nord Stream 2 pipeline continues to be tested as Europe’s energy crisis deepens. While LPG is not natural gas (in either pipeline or LNG forms), further protests that interrupt the export of both oil and natural gas will put more pressure on the new German coalition to take steps to improve Germany’s energy and economic security even at the expense of allied solidarity.

Finally, the events in Kazakhstan are a sobering wake-up call for other governments in Eurasia, notably Azerbaijan and Russia. The social contract matters, and economic trouble inevitably leads to political protest. Governments in both Baku and Moscow have been dealing with low-level but persistent discontent and have responded by going after political protest while trying to find ways to sweeten the economic pot. But Kazakhstan—which was viewed as generally a quite stable government and system—has shown its brittleness—a demonstration not welcomed in other capitals. It also calls into question whether Nazarbayev’s “solution” for succession—a partial “retirement” by handing over day-to-day duties to a successor while retaining the mantle of national leader—is really realistic as a way for Vladimir Putin to navigate the question of his post-2024 career and position in Russian politics.

The situation is quite fluid, and things may change rapidly that make points and observations made here overtaken by events. But it suggests that the politics of energy use and climate change—often viewed as a domestic policy question—in fact, can and will have a growing impact on both global geopolitics and geo-economics.