What Abolitionists Get Wrong About U.S. Nuclear Deterrence 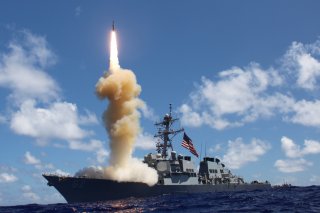 The Russian threat to use nuclear weapons in Ukraine has generated more discussion about U.S. nuclear deterrent policy than at any time since the height of the nuclear freeze movement of 1979-83 and the Berlin (1961) and Cuban missile crises (1962).

On the one hand, key supporters of a strong nuclear deterrent policy have concluded that the United States’ deterrence requirements have changed, necessitating careful analysis and even new investments in nuclear arms. On the other hand, supporters of global zero, or nuclear abolition, have re-emphasized their push for a much smaller role for nuclear deterrence on the basis of four arguments about the U.S.-Russian nuclear balance.

First, a number of disarmers have argued that U.S. nuclear deterrence, in general, does not work, as Russia ignored U.S. deterrence capability and invaded Ukraine.

Second, it is further argued that because Russia successfully used nuclear threats to intimidate NATO to not defend Ukraine, the abolition of nuclear weapons, including those held by Russia, is the only means to avoid such nuclear blackmail in the future.

Third, to help spur disarmament, it is argued the United States should unilaterally cut its deployed nuclear forces down to no more than 1000 warheads or an implied 55 percent reduction.

And fourth, given the diminished role nuclear weapons should have in U.S. security policy, the Biden administration should adopt not just a “No First Use” policy, but an explicit policy of “No Use,” of not ever using nuclear weapons.

Similarly, today’s critics of nuclear deterrence complain that U.S. extended nuclear deterrence over Europe did not prevent Vladimir Putin from invading Ukraine, proving the relative valuelessness of nuclear forces. However, given that nothing else in the U.S. military arsenal had any deterrent effect, (nor did the promised threat of economic sanctions), should we jettison all this military capability?

Missing from much of the disarmament argument is that all United States military options, including an extension of a nuclear umbrella over Ukraine, were unilaterally rejected by the Biden administration, thus in Moscow’s view giving the green light to use whatever force was deemed necessary to invade Ukraine.

This was simply a continuation of old policy, as between 2008-2014, two prior U.S. administrations determined that any military intervention to stop Moscow’s military aggression in Ukraine, Moldova, and Georgia would also not be on the table.

By contrast, Russia did not take its nuclear deterrent off the table. In fact, Russia explicitly, although quietly, brandished an “escalate to win” threat strategy that did work—it kept the United States and its NATO allies from engaging in any military intervention (although it is highly unlikely the United States was prepared to do otherwise).

But what about the assertion that the U.S. nuclear deterrent is now obviously less valuable? High on disarmers’ priority list is the unilateral elimination of the low-yield D-5 strategic warhead, the cancellation of the Navy research and development for the nuclear-armed cruise missile (proposed in the administration’s FY2023 defense budget), the end to the long-range cruise missile for the strategic bombers, killing the land-based intercontinental ballistic missile (ICBM) force, and the reduction in total warheads from the 2,100 allowed under New START to 1,000.

In addition to weapons cuts, disarmament advocates seek two significant policy changes, including what is termed a “no first use” or “no use” strategy. The first element rejects the use of nuclear weapons to retaliate against even existential attacks on the United States with conventional, chemical, biological, or cyber weapons. The second—and most controversial—element is that the United States should also reject using nuclear weapons even if it or its allies are attacked with nuclear weapons.

In fact, Bruce Blair, the founder of Global Zero, testified before the House Armed Services Committee in 2019 that the United States might only respond with conventional weapons if attacked with nuclear weapons. By way of explanation, Blair argued that Russia, and not the United States, should be the country to break the taboo against using nuclear weapons. Although it strains credulity to think Putin would be restrained by moral considerations, taking nuclear options off the table might undermine the credibility of the U.S. nuclear deterrent.

These proposed force structure and policy changes suffer from not considering that the United States faces significantly worse deterrent challenges today from Russia and China than ever before.

As has been noted, the Ukraine conflict revealed that Russia’s current nuclear strategy has changed since the Cold War. Today, Moscow is warning that if the United States resists Russian aggression, irrespective of what weapons are used, Russia will quickly escalate to the nuclear level with limited nuclear strikes, an “escalate to win” doctrine.

This “coercive” but limited nuclear weapons threat is what U.S. strategy must now deter. In this case, robust missile and air defenses added to a credible and flexible retaliatory capability will no doubt come into play.

In the past, U.S. deterrent strategy relied on a doctrine of mutually assured destruction, or “MAD.” The Kennedy administration first developed the concept that the United States should have the capability to engage in a “flexible” nuclear response by targeting Soviet military forces, and not just their urban and industrial centers. But this “counterforce doctrine”—which was intended to destroy the Soviet’s nuclear weapons while sparing its cities—occurred while both nations had nuclear arsenals of over 10,000 strategic weapons. The fear of escalation to “Armageddon” remained.

For the disarmament community, however, the counterforce doctrine raised the specter of the United States securing sufficiently accurate missiles to disarm an adversary by striking its military capabilities first. A counter city strategy, it was argued, did not require accurate weapons or urgent use as cities were not going anywhere.

However, the city-busting strategy missed the requirement that any U.S. deterrence strategy had to hold at risk what U.S. adversaries highly valued. In the Soviet case, that was its military—for without it, the Kremlin could not achieve its hegemonic objectives.

Thus, the United States had to balance holding at risk enough Soviet (and now Russian) forces while not threatening a pre-emptive disarming strike.

Likewise, the United States worried about a similar Russian threat. In the early 1950s, the United States’ nuclear bombs were stored at just fourteen vulnerable U.S. military bases. Thus, the U.S. Air Force developed an alternative—missiles in hardened and reinforced silos that were solid-fueled and thus continuously on alert. At the same time, the Navy developed a small warhead for missiles launched from submarines.

Both developments assured a highly survivable nuclear deterrent, avoiding a possible Soviet pre-emptive disarming attack in a crisis or a bolt-from-the-blue surprise attack. Between 1958-1962, both Polaris and Minuteman missiles were deployed, leading President John F. Kennedy to declare after both the Berlin and Cuban missile crises that the new U.S. nuclear systems were his “ace in the hole” that preserved the peace and averted Armageddon.

These systems then became central features of the U.S. nuclear triad.

However, by 1981, the Strategic Arms Limitation Talks (SALT) nuclear arms agreements had permitted a massive buildup in warheads by both Washington and Moscow. Then-President Ronald Reagan was determined to change that trajectory. With his leadership, the United States secured four successive nuclear deals with Russia that reduced both countries’ deployed, accountable strategic nuclear forces from nearly 12,000 warheads to an official 1,550 under the currently-extended 2010 New START Treaty.

Unfortunately, at the end of the Cold War, the United States assumed it was “the end of history” and embarked on a multi-decade holiday from nuclear modernization. Meanwhile, for the Russians, a very short two-year slowdown was followed by a planned mass modernization of some twenty-five new nuclear systems, formally announced by Putin in 2004, and now recently described as 89 percent complete.

However, despite that the United States and Russia have markedly lower numbers of nuclear forces today, disarmers stuck to their “Mad” strategy, which they described as a “deterrent” strategy, while condemning a counterforce strategy as “war-fighting.” It is unclear, however, why targeting an adversary’s cities with nuclear weapons is not also considered warfighting? After all, leaders sitting in the Kremlin watching Moscow burn are not going to dismiss an American attack by comforting themselves that the attack was not warfighting but America exercising its deterrence strategy.

No-First-Use and No Use

So today, the disarmers are still seeking a “No First Use” policy, meaning the United States would never initiate the use of nuclear weapons, even if attacked first with massive conventional, biological, chemical, or cyber weapons.

However, despite that the Cold War is over, the United States is still is conventionally outgunned in Europe, much as NATO’s immediately-available conventional forces are simply not a match for Russia’s forces. This is why the United States has maintained a nuclear umbrella, or extended nuclear deterrence, over its NATO allies.