What America Needs to Learn from the Afghanistan Papers 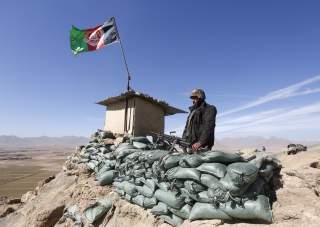 Now, America is left with a dilemma that needs addressing. If it abides by the moral and legal doctrine that it subscribes to, then observing the rule of distinction, the insurgents gain an intolerable advantage. If it does not, then it loses the moral high ground and is subject to accusations of war crimes, it will have alienated the local population, and it will face condemnation from the public across the world and at home. All of this seems to suggest that America would do best to avoid such engagements if at all possible, but if fight it must, then its citizens should call for a change in moral norms and the Geneva Conventions. Namely, if the insurgents do not abide by the rule of distinction and mix in with the civilian population, then they are the main ones to be blamed for collateral damage.

Nation-Building: The Mother of Most Failures

Some pages of the Afghanistan Papers seem to imply that if only the United States was more culturally sensitive, understood better the unique mentality of the Afghans, nation-building could have been successful. However, most of the text appears to support the thesis that the United States cannot turn nations like Afghanistan into liberal democracies no matter how large the effort and how well it is carried out. The United States has tried to engage in nation-building in many countries and has only experienced two successes, in a post–World War II Germany and Japan. A study of the conditions that were available there shows that none of these conditions have been available in Afghanistan. The conditions include complete cessation of hostilities before starting nation-building, a modern economy, a sizeable middle class, and a strong sense of national unity.

The American public is strongly opposed to more land wars in Asia because of a widely held perception that America lost the wars in Afghanistan and Iraq. The truth is that in both nations, the United States quickly won the wars with few casualties. Most of the casualties and costs incurred when it engaged in nation-building. Thus, if the United States is to intervene again, say in Iran, then it should seek to end its nuclear and missile programs and Tehran’s support of terrorists, but leave it to the people of Iran to decide what kind of government and society they are willing to fight for.

Missing from the Afghanistan Papers is a discussion of the way the United States should deal with a local partner when that partner engages in particularly heinous moral crimes. Much was made of the fact that the United States has gained schooling for millions of Afghan girls. However, it has failed the country’s boys. The military and political elites in Afghanistan, in particular, the Pashtun, dress up young boys like girls and use them as sex slaves, in a practice called bacha bazi. U.S. officers, who shared quarters with these generals and officers, were under orders to ignore the pained cries of these boys. A major lesson of the Afghanistan War is that being culturally sensitive should not entail tolerating abuses of the most basic rights.

The military deserves great credit for conducting a thorough and candid investigation of its failures and The Washington Post deserves credit for sharing the lessons with the public. However, readers who follow the responsible American press will find very little news in the Afghanistan Papers. There are numerous details, statistics, and quotes from experts that have not been previously published; however, the main points and sub-points have been reported in hundreds of articles, TV and radio news, documentaries, and books, for over a decade. The reports included the facts that military authorities knew better than they were letting on. This means that, for the last eighteen years, the press—often criticized these days—has been doing a hell of a job.

Amitai Etzioni is a University Professor and professor of international affairs at The George Washington University. Click here to watch a recent, four-minute video called “Political and Social Life after Trump.” His latest book, Reclaiming Patriotism, was published by the University of Virginia Press in 2019 and is available for download without charge.