What Americans Can Learn From Their Isolationist Past 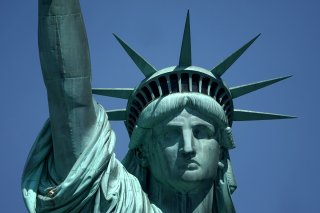 Editor's Note: The following are two excerpts from Charles Kupchan's recent book Isolationism: A History of America's Efforts to Shield Itself from the World.

That it took from the nation’s birth until 1941 for Americans to abandon their isolationist roots speaks to its long dominance of American politics and statecraft. . . .  From its founding until 1898, the United States refused to take on strategic commitments outside North America. Between 1898 and 1941, it defended hemispheric hegemony, but strayed beyond the Western Hemisphere only on a limited and exceptional basis. It is this abstinence that marks the nation as isolationist and makes its rise historically distinctive. While Europe’s great powers were building and defending far-flung empires, the United States for the most part held back. While its peers were seeking to maximize their influence and strength by projecting their power abroad, the United States was building its power only at and close to home. Even after the United States became a country of the top rank by the turn of the twentieth century, it generally shunned rather than strived for geopolitical sway commensurate with its material strength.

Such restraint amid ascent made America’s rise truly exceptional. Moreover, in a country distinguished by its intractable partisan divisions and deep ideological divides, isolationism’s bipartisan support was a rarity. As historian Selig Adler has noted, “Few policies in American history were so fixed and so stable as non-intervention.”

[A] main objective of this book is to refurbish isolationism’s reputation and rediscover the strategic advantages it afforded America during its impressive ascent. This study does not call for the United States to return to isolationism. On the contrary, it maintains that the country should continue to uphold its core strategic commitments in Europe and Asia. But this book does argue that the United States needs to retrench from an excess of foreign commitments in the strategic periphery. In making the case for doing so, it draws lessons from the nation’s isolationist past—exposing its dangers, but also rediscovering its considerable benefits. Rehabilitating isolationism will help ensure that grand strategies of restraint again enter the mainstream of American debate. Contrary to conventional wisdom, limiting foreign entanglement long served America well—and, if pursued in measured fashion, can do so again. In today’s world of economic interdependence, cybernetworks, and aircraft and ballistic missiles, no nation can enjoy strategic immunity. Nonetheless, it is time to reclaim the enduring truth that standing apart from trouble abroad often constitutes wise statecraft.

Rehabilitating isolationism is a tall order given the heavy beating it has taken since the nation’s dangerous and irresponsible bout of passivity during the interwar era. Beginning soon after the country’s entry into World War II in 1941, American officials and opinion makers regularly unleashed unflinching condemnations of isolationism, setting the tone for the generations that followed. President Franklin Roosevelt warned that, “there could be no safety in passivity; no sanctuary in isolation.” His successor, Harry Truman, was more strident, referring to isolationism as “a confession of mental and moral bankruptcy,” a “counsel of despair,” and a “futile and vulnerable shield.” Truman’s secretary of state, Dean Acheson, quipped that isolationists wanted to “pull down the blinds and sit in the parlor with a loaded gun, waiting.” As the scholar Robert Tucker wrote in 1972, “in the American political vocabulary there are few terms carrying greater opprobrium than isolationism.”

Through the end of the Cold War and into the twenty-first century, isolationism and its few adherents have continued to be vilified in the harshest of terms. As Secretary of State Kerry was making the case for air strikes against the Syrian regime to retaliate for its use of chemical weapons, he admonished reluctant senators that “this is not the time for armchair isolationism.” Bret Stephens, then a columnist for the Wall Street Journal, wrote that Republican resistance to U.S. strikes was “exposing the isolationist worm eating its way through the GOP apple,” and Senator John McCain (R-Arizona) labeled Senator Rand Paul (R-Kentucky) and other isolationists “wacko birds.” Many members of the Republican foreign policy establishment signed “Never Trump” letters during the 2016 campaign—due in part to Trump’s isolationist and unilateralist leanings. As the scholar Andrew Bacevich has noted, the isolationist label has been a powerful political pejorative since the 1940s—and remains so:

The term isolationism is not likely to disappear from American political discourse anytime soon. It’s too useful. Indeed, employ this verbal cudgel to castigate your opponents and your chances of gaining entrée to the nation’s most prestigious publications improve appreciably. Warn about the revival of isolationism and your prospects of making the grade as a pundit or candidate for high office suddenly brighten.

While opprobrium toward America’s interwar strategy is fully warranted, the broader indictment of isolationism is not. Indeed, aversion to foreign ambition enabled the United States to rise in virtually unmolested fashion over the course of the nineteenth century. As the chapters that follow make clear, isolationism was born of sound strategic logic, not delusion; steering clear of foreign entanglement allowed the United States to advance democracy and prosperity at home and to avoid war abroad. This strategy rested on self-evident geographic realities; assuming the United States could succeed in getting Europe’s imperial powers to quit its neighborhood, the nation would indeed enjoy relative isolation. As Thomas Jefferson put it, “America has a hemisphere to itself. . . . The insulated state in which nature has placed the American continent, should so far avail it that no spark of war kindled in the other quarters of the globe should be wafted across the wide oceans which separate us from them.” The Founders, and the generations of statesmen that followed, recognized that the United States was blessed with a natural—even if imperfect—security afforded by flanking oceans and weaker and relatively pacific neighbors to its north and south. The lawyer and State Department official Bernard Fensterwald observed as much in 1958: “‘Isolationism’ was a marked success during the nineteenth and early twentieth centuries; by adhering to this policy, we expanded across the continent and became the strongest single power in the world.”

America’s interwar retreat admittedly constituted a naïve denial of the dangers posed by Nazi Germany and Imperial Japan. American policy makers took isolationism way too far; their search for strategic immunity ended in strategic delusion. But the isolationist excesses of the interwar era do not justify the blanket indictment of isolationist thinking that has prevailed since World War II. A strategy of detachment has been too thoroughly rejected, preventing Americans from considering and benefiting from its potential merits. Americans counseling pullback should not dismissed as unpatriotic; they need to be heard and their arguments carefully considered. Most candidates for high office still feel the need to promise a new American century and the indefinite extension of Pax Americana. Instead, they should feel free to speak forthrightly about how the United States can best navigate a changing global landscape. As historian Christopher Nichols notes, isolationism continues to be denigrated, but its “inherent caution serves as a bulwark against hasty interventions and their likely unintended consequences.”

So, too, would it be a mistake to dismiss the merits of isolationism on the grounds that globalization and interdependence make geopolitical detachment obsolete and infeasible. To be sure, Washington’s “great rule” of nonentanglement emerged when flanking oceans provided a significant measure of strategic immunity and before the United States had emerged as a major power. Times and conditions have indeed changed. In an era of intercontinental missiles and transnational terrorism, adjoining oceans are less protective than they used to be. The United States is currently far more powerful in economic and military terms than it was in the nineteenth century, meaning that many quarters of the globe have become dependent upon an American presence as a source of stability. Globalization has dramatically advanced commercial and financial interdependence, giving the United States a vested interest in defending an open trading order and damping down potential geopolitical disruptions to the flow of goods and finance.

But there are more similarities between the distant past and the emerging present than meet the eye. The Founders banked on the natural security afforded by the nation’s enviable location. Today, Americans in increasing numbers are coming to the conclusion that staying out of distant fights may do more to protect the nation than extending its reach to far-off lands. The Founders believed that the United States could most effectively promote prosperity by embracing protective tariffs while expanding international trade. Today, Americans are again looking to tariffs to protect jobs at home and open markets abroad. The Founders feared that ambition abroad would lead to the excessive centralization of power in the hands of the U.S. government, impairing freedom at home. Today, Americans are again concerned that the federal government’s response to foreign threats is impairing the privacy and liberty of the American people. So, too, are they legitimately concerned that the “imperial presidency” has compromised Congress’s constitutional authority over matters of war and peace. The logic of shielding America from a dangerous world again has intrinsic appeal; the arguments that sustained isolationism in the past resonate with many of the arguments that are today politically ascendant in the United States.