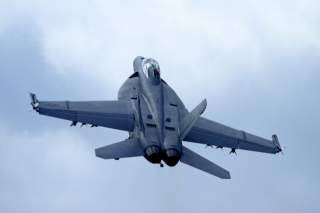 Since its historic rapprochement with Beijing in the 1970s, America has approached a rising China with an “engagement” strategy guided by two key assumptions: first, that political liberalization would ultimately follow economic growth; and second, that supporting China’s integration into the global order would preempt Beijing from forcibly challenging that order. While confidence in those assumptions has waxed and waned, never did a consensus emerge that they were fundamentally flawed—until now.

Today, Washington is confronting the dreadful realization that with each passing year, the goals of political liberalization and peaceful integration appear to grow more distant, while the prospect for conflict with China draws nearer. Even advocates of engagement, like Dr. David Shambaugh, are warning that the strategy “is unraveling” while domestic repression in China “is the worst it has been in the twenty-five years since Tiananmen.” So what went wrong?

After a decade of reaping the benefits of a soft-power offensive, China’s “peaceful rise” took an abrupt turn in the late 2000s. The country that emerged from a unique confluence of events beginning in 2008 has proven a more assertive, authoritarian and nationalistic rising power.

While the precise causes for this shift are still being debated, we know the 2008 global financial crisis was (mis)interpreted by much of China’s elite as symbolic of long-term U.S. decline and retreat from the Western Pacific. For some in Beijing, the crisis—and China’s hosting of the Olympics that year—reinforced the coalescing perception that China’s long wait to reclaim its position atop the Asian hierarchy had come to an end.

Second, in 2009, Vietnam and Malaysia submitted proposals to a UN commission outlining expanded sovereignty claims in the disputed South China Sea. A surge in provocative Chinese posturing there followed, culminating most recently in an unprecedented artificial island-building spree that is inflaming regional tensions. In 2012, China assumed an equally combative posture in the East China Sea after Japan “nationalized” the disputed Senkaku/Diaoyu islands, with Chinese naval and air forays into the territorial waters of the disputed islands now a regular occurrence.

As these events unfolded, China witnessed the precipitous rise of a new strain of nationalism, cultivated and magnified by a new media and technology landscape. Once confined to a handful of stodgy Communist Party mouthpieces, China’s public space has expanded rapidly in the digital age. While liberal commentary has been heavily restricted, hawkish rhetoric and nationalist outlets like the Global Times have been permitted to fill the void. This proliferation of nationalist discourse has partly served the Party’s interests, but it’s also created new pressures and incentives that reward hardline posturing and raise the political cost of concessions and compromise.

Finally, the early tenure of China’s avowedly nationalist and politically powerful president, Xi Jinping, has produced a material rise in domestic repression and tensions with the United States and China’s neighbors. Xi has expanded the definition of China’s “core interests,” militarized its maritime doctrine, and overseen devastating cyberattacks against the U.S. government. At home he’s adopted a hard line on domestic dissent and launched repeated broadsides against “Western values,” NGOs and civil-society groups.

Depending on whom you ask, these events either dislodged China from a more peaceful course, or accelerated its path along a preordained, nationalist trajectory. Likewise, America’s “engagement” strategy was either flawed from the start, or is simply proving insufficient to cope with the realities of a neonationalist China. Whatever the case, Xi’s China has brought the flaws in America’s China strategy into sharper focus. Rapid economic growth has correlated with greater repression, while efforts at engagement and integration have been met with more brazen challenges to the status quo.

Unsurprisingly, a growing chorus of U.S. experts is imploring Washington to abandon its informed “engagement” strategy for a more muscular “balancing” strategy. In a recent article for the National Interest, James Przystup and Robert Manning called for taking a page from America’s Cold War playbook, substituting “containment” with “counterbalancing,” but maintaining an “adroit and vigilant application of counterforce.” Meanwhile, an expansive 2014 report for the Council on Foreign Relations, Balancing Without Containment, advocates for “balancing the rise of Chinese power rather than continuing to assist its ascendancy” by limiting “China’s capacity to misuse its growing power.”

President Obama himself appears increasingly exhausted with the limitations of engagement. He’s recently touted the virtues of a “firmer” approach with China “because they will push as hard as they can until they meet resistance.”

“They're not sentimental,” he explained to the Economist last year, “and they are not interested in abstractions. And so simple appeals to international norms are insufficient."

As the Obama administration considers the merits of new strategies to cope with China’s rise, it would benefit from focusing on the one silver lining produced by China’s flirtation with neonationalism. A key component of any effective U.S. “balancing” strategy lies in nurturing a balancing coalition of like-minded regional partners. Once an insurmountable task, mounting regional fears over Chinese aggression have arguably rendered the Asian landscape more conducive to such an endeavor than ever before.

A decade ago, a handful of Asian “Middle Powers” with little history of collaboration began flirting with new avenues of defense cooperation. What began as tentative steps broke into an open sprint the last two years, largely driven by anxiety over China’s rise. As each has strengthened its ties with Washington, new relationships have blossomed among Japan, India, Australia, the Philippines, Vietnam and others. China’s neighbors, it seems, are reevaluating their own “engagement” strategies and concluding that a more overt balancing posture offers the best insurance against Chinese aggression. While the initial tangible impact may appear modest, the strategic calculus in these capitals is rapidly changing.

The Obama administration should continue actively encouraging the formation of this informal security network, and better resource a “pivot to Asia” initiative that has yet to inspire much confidence among friendly capitals. It should work with regional partners to construct a more robust regional-security architecture, replete with more-clearly-defined “red lines” for China and a greater consensus on the consequences for breaching those red lines. Ironically, the Obama administration’s best hope for China may be to adopt a full-blown “engagement” strategy, only this one must be aimed at America’s regional partners.

Jeff M. Smith is the Director for Asian Security Programs at the American Foreign Policy Council in Washington, DC and author of Cold Peace: China-India Rivalry in the 21st Century (Lexington Books 2014). He can be found on Twitter at: @Cold_Peace_