What a Biden Presidency Means for Taiwan 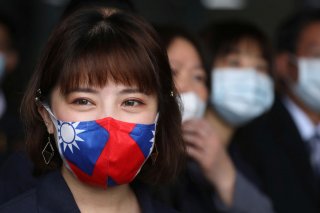 The presumptive victory of Joe Biden and Kamala Harris in the U.S. presidential elections will mean a sea change for how the United States deals with the world, and how the world perceives the United States. But interestingly, for Taiwan, it is expected to bring continuity.

Biden has a long history of support for Taiwan.  He is the only sitting member of the U.S. Senate who was already in the Senate in 1979 when the Taiwan Relations Act was approved.  When he became chair of the Senate Foreign Relations Committee in 2001, the first country he visited as chairman was Taiwan. And in January 2020, then-candidate Biden sent congratulations to President Tsai Ing-wen of Taiwan on her re-election, stating that “You are stronger because of your free and open society. The United States should continue strengthening our ties with Taiwan and other like-minded democracies.”

There are ample reasons for a Biden administration to continue the broad support for Taiwan that was built up in the latter half of the Trump administration. Key will also be what people Biden will appoint in what positions. Michele Flournoy, who is often mentioned as a potential defense secretary, has written extensively about the threats from China faced by Taiwan, and how the United States should help counteract those threats. Another name often mentioned is former Assistant Secretary of State Kurt Campbell, who is very knowledgeable on Taiwan, while other members of the Biden-Harris team such as Ely Ratner of CNAS and Julie Smith of the German Marshall Fund also have written and spoken extensively on how to enhance relations with Taiwan.

There is no doubt that President Donald Trump’s “America First” policy and his withdrawal from international fora and agreements such as the Trans-Pacific Partnership (TPP), the Paris Climate Accord, and the World Health Organization put him at odds with many of America’s friends and allies, who saw it as a reneging on US leadership role.

His adversarial and transactional relationship with many of Europe’s leaders, and his demands that Japan and South Korea pay some fivefold for the basing agreements further estranged the United States from its traditional friends and allies. This weakened the U.S. position in the increasingly tense strategic competition with China: instead of working with others, Trump stood increasingly alone.

This didn’t mean that other countries were not concerned about China’s aggressive behavior.  To the contrary: the predatory trade practices, the “wolf warrior” diplomacy, the unsubtle influence operations, the repression of Uyghurs in East Turkestan, the imposition of the National Security Legislation in Hong Kong, and the increasingly shrill military threats against Taiwan did in fact deeply concern many other nations. But they simply felt that the go-it-alone, uncoordinated approach of Trump was ineffective, the valiant efforts of Secretary of State Mike Pompeo to draw in other countries notwithstanding.

In the middle of all this turmoil, Taiwan’s position and U.S. Taiwan policy escaped relatively unscathed or even turned out better than before. Particularly under the guidance of former National Security Advisor John Bolton, the steady hand of Assistant Secretary of Defense Randy Schriver, and with the help with key people at the State Department like Assistant Secretary David Stilwell and Pompeo, there was an all-of-government approach in support of Taiwan, which saw within a relatively short period of time (Summer 2018 to present) a large number of steps and measures supportive of it.

Congress was a major driver, which—with bipartisan support—passed a number of key pieces of legislation, such as the Taiwan Travel Act (February 2018), the Asia Reassurance Initiative Act (December 2018) and the TAIPEI Act (March 2020) which all contained key provisions enhancing U.S.-Taiwan relations.

Thus, the transition to the Biden administration is taking place against a background of sharp differences between the old and new administrations on how to conduct foreign policy.  But ironically, the respective visions on Taiwan are very similar. This is due to a number of fundamental changes in how Taiwan is perceived by the foreign policy community in Washington. Below we highlight the main elements.

First, it is becoming increasingly clear that the fact that Taiwan is now a vibrant democracy should be the guiding principle in our relations with the island-nation. When the United States and other Western nations de-recognized the Kuomintang government of Chiang Kai-shek in Taipei, it was a repressive authoritarian dictatorship claiming to be the government of all of China.  For too long the policies of the United States and other Western nations towards Taiwan still remained a subset of relations with China. It is increasingly recognized these days that Taiwan needs to be seen it its own right and its own light: as a beacon for democracy in Asia.

Secondly, over the past few years, the perception of China has changed dramatically: until just a few years ago, the basic approach was one of “engagement,” in the hope that China would become a “responsible stakeholder.” Over the past few years, particularly since Xi Jinping came to power, it has become increasingly clear that the People’s Republic of China has become more repressive domestically, and more aggressive internationally. Both the United States, Europe and allies in Asia, Australia and New Zealand now speak of “strategic competition.”

Thirdly, particularly since the election of Democratic Progressive Party President Tsai Ing-wen in January 2016, and her overwhelming re-election in January 2020, the People’s Republic of China government has launched increasingly shrill threats and intimidation campaigns against the democratic island. China’s air force sent fighter aircraft across the median line in the Taiwan Strait, the People’s Liberation Army Navy ships circumnavigate the island, China’s army held military exercises on the Chinese coast North and South of Taiwan, and China has kept up an unrelenting disinformation and cyber warfare campaign against the young democracy.

These three developments are ample reasons for a Biden administration to continue the broad support for Taiwan that was built up in the latter half of the Trump administration. In order to achieve its purposes in a much more balanced and coordinated way, the Biden administration is likely to deploy an array of measures, ranging from diplomatic pressure on China, enhancing economic ties with Taiwan, continuing to strengthen Taiwan’s defense capabilities, and broadening Taiwan’s international space.

Particularly in the areas of diplomatic steps and broadening Taiwan’s international space, the Biden administration can be expected to work much more closely with the traditional friends and allies, and jointly work to convince the government in Beijing that it needs to accept Taiwan as a friendly neighbor instead of continuing to fight the tail end of a Chinese Civil War that ended seventy-one years ago.  It is essential that U.S. allies in Europe, Japan, India, Australia and New Zealand jump on the bandwagon soon. Time is of the essence.

Gerrit van der Wees is a former Dutch diplomat. From 1980 through 2016 he served as chief editor of Taiwan Communiqué. He teaches history of Taiwan at George Mason University and Current Issues in East Asia at George Washington University.