What Can China Do to Facilitate North Korean Denuclearization? 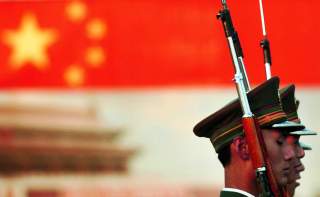 But what if, as most specialists seem to think, that all these carrots will be to no avail and North Korea will not actually agree to full denuclearization. The American president and his advisors had best think over that situation very carefully, since the war scenario will not really look any more appetizing on the day after a failed negotiation. They would be wiser to consider a range of midway points that would allow for a partial agreement. These midway points could, for example, include 1) an “opaque” DPRK nuclear arsenal of small dimensions in which warheads are stored (possibly in an unfinished state) separately from delivery systems; or 2) a “minimal deterrent” in which the DPRK is permitted to retain some small number of weapons—ideally a handful under external supervision; or a 3) not so ideal, but still beneficial agreement to completely forgo the deployment of intercontinental ballistic missiles. Limited sanctions relief could be permitted to encourage Pyongyang to “play ball,” holding out the promise of full sanctions relief and normalized diplomatic relations if and when full denuclearization can be reached.

Returning to China’s role in the upcoming negotiations, the fact that Xi and Kim have finally met is hardly that surprising. I’m glad to say that I had predicted and welcomed Kim’s visit to Beijing as beneficial in my 2015 book on U.S.-China relations that has a full chapter on the Korean Peninsula. As outlined above, China can contribute very significantly to an arms control agreement between North Korea and the United States, as well as to the larger project of stabilizing the Korean Peninsula. However, the latest raft of hard-line policies aimed at Beijing, including both the tariffs and, in particular, the recent U.S. legislation on Taiwan, threaten to derail any cooperative path toward stabilizing the Korean Peninsula, unfortunately.

At some level, it is certainly correct to view the Taiwan and Korean issues as linked. Both situations are actually holdovers from the early Cold War that were never fully resolved. The Taiwan situation would not even likely exist but for the temerity of Kim Il-sung, who by unleashing his armies across the 38th Parallel in June 1950, caused President Harry Truman to reexamine a decision he had earlier made to allow Communist forces to conquer Taiwan. There might even be some benefit to U.S. interests in relinking the two issues, which I explored in the conclusion of my 2015 book. However, what now seems to be in the offering is the precise opposite of what I had recommended. If Beijing is adequately antagonized by recent moves in Washington—especially by the Taiwan Travel Act—then the Middle Kingdom may yet drop all pretenses of cooperation with respect to denuclearization and revert to a zero-sum, hostile crouch in which North Korean nuclear weapons are viewed as useful strategic leverage in the New Cold War. Beijing knows that these awful weapons in the hands of a young, insecure, and impulsive leader makes Seoul, Tokyo and Washington squirm.

Lyle J. Goldstein is professor of strategy in the China Maritime Studies Institute (CMSI) at the United States Naval War College in Newport, Rhode Island. You can reach him at [email protected]. The opinions in his columns are entirely his own and do not reflect the official assessments of the U.S. Navy or any other agency of the U.S. government.