What China Could Expect from a Global Britain 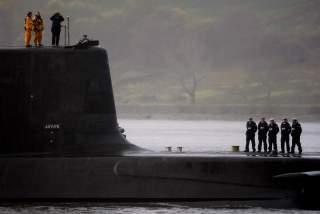 As India celebrates seventy-two years of Independence from the British Empire this week, a grand historical milestone for the ancient nation, it is notable to see the Royal Navy sailing in India’s waters once more—however this time it comes as an ally to India to sail together in an increasingly troubled world.

Pulled from its forty-two-year involvement in the European project, the United Kingdom has begun a major re-think of its global posture. What does Global Britain mean? Where might it best orient itself in relation to a growing Indo-Pacific region, where trade, rising powers, and naval grand strategies reveal a region that is increasingly a central part of the global economy and political center?

Stretching from the Gulf of Aden to the Malacca Strait, the Indian Ocean is vital to international trade and commerce, with 50 percent of the world’s maritime oil trade passing through every day. It is a global market that the United Kingdom cannot afford to ignore. The global significance of this region has seen many vested naval powers transit this ocean to maintain their own interests.

But rather than coming as an imperial trading power—as it once did—the Royal Navy is coming to the region under a liberal democratic trading nation. The United Kingdom seeks to uphold an open and inclusive rules-based order, an order where all have rights—not simply great powers. And this commitment is more than just rhetoric.

Over the past year, London has committed to three separate missions across the Indo-Pacific region. HMS Albion, Sutherland and Argyll have all made their way through the Indo-Pacific region this year to carry out sanctions enforcement against North Korea and to conduct freedom of navigation operations to counter the growing Chinese naval activity. These missions have revealed the role the Royal Navy will play in a Global Britain strategy.

The sudden and rapid rise of Mahanian strategies among Asia’s powers has seen sea lane security re-emerge as a major geopolitical issue after three generations of U.S. naval preponderance. The most active driver of change in the Indian Ocean has been the Chinese People’s Liberation Army Navy (PLAN). Far from its traditional sphere of influence of the first island and second island chains, the Chinese navy has rapidly established itself as a naval power in the Indian Ocean, and beyond into the Mediterranean Sea. Beijing has done this by developing blue-water capabilities and a port strategy that secures its Beijing’s trade routes and energy supply line from the Middle East.

The emergence of China’s blue-water navy and greater power projection has complimented China’s long-term grand strategy of becoming the Asian hegemon, an ambition not lost on India’s ruling elite. Beijing has sought to ensure that “all roads lead to China,” with the Belt and Road Initiative (BRI) and the Maritime Silk Road projects. Furthermore, China has encroached upon the territory and neighborhood of the region’s fastest-growing power—India—developing economic dependencies with nearly all of New Delhi’s neighbors.

As powers that are dependent on Indian Ocean trade routes, liberal democracies like Britain and India (and others) will have to learn to manage relations with Beijing. This will include balancing some of China’s more predatory behaviors such as the debt diplomacy.

The Royal Navy and Indian Navy will also have to learn to operate in close proximity to the PLAN, which has rapidly up-scaled its presence in the Indian Ocean, with recent estimates indicating a presence of at least fourteen PLA Navy ships throughout August 2017, including SSN class nuclear-powered submarines, with that number rising throughout 2018. There have already been positive examples of recent UK-Sino naval cooperation, including the arrival of two PLA Navy frigates in London last year for a ‘goodwill’ visit. It is precisely from these exchanges that the Royal Navy—respected for its long traditions—can impart best practices and norms to the still-young PLAN. Possible areas of planned cooperation might take place in the anti-piracy missions and with humanitarian responses to natural disasters.

As the Indo-Pacific once again takes center stage in global politics, we will see China and India each attempting to stamp their influence on the international order. This does not have to be confrontational, of course. As part of a wider Anglo-American security alliance which helped construct the current global order, the UK has a vested stake in seeing that these changes abide by the current norms underpinning the rules-based international system. This includes respect for national sovereignty, freedom of navigation, and free trade.

As Global Britain approaches the Indian Ocean, it will work closely with all navies, including the Indian Navy and the PLAN. No doubt, it will work more closely with some more than others. And, of course, it will have to ensure that its resources match its ambition. Should Beijing’s quasi-imperial approach toward the Indian Ocean continue, the UK and other European powers will begin to lend their support to the India-Japan-US-Australia Quad.

Regardless of geopolitical trends, the Royal Navy will seek to support joint naval drills and uphold the maritime principle of freedom-of-navigation. Bolstered by its own facilities in Duqm and Singapore, the Royal Navy will seek to cooperate with all, including the United States, Australia, Singapore, and India. Global Britain as a philosophy will promote a collaborative approach toward Beijing while aligning carefully with like-minded friends and allies.

Image: Crew from HMS Astute, the first of the biggest hunter-killer submarines to be ordered by Britain's Royal Navy, look out as they sail into the River Clyde and up the Gareloch to her new home at HM Naval Base Clyde in Faslane near Glasgow, Scotland November 20, 2009. REUTERS/David Moir (BRITAIN MILITARY IMAGES OF THE DAY)​