What Does America Consider Success in Afghanistan? 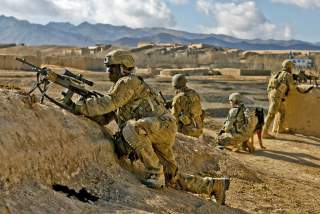 If the West continues to mentor, train and fund the Afghan military, then the Afghans will be able to take on the insurgency themselves. Eventually this will establish the security conditions inside which a genuine political process can take place between Afghans, the Afghan way. This is why President Trump’s upcoming decision to at least maintain, or even increase, the number of U.S. advisers and mentors is so important. One only has to look at what happened in Iraq when President Obama withdrew all U.S. forces to understand why.

With each successful Taliban attack, the inevitable headlines immediately appear about America’s failures in Afghanistan. But we cannot start seeing every tactical victory of the Taliban as America’s strategic defeat. There will be many more successful attacks like the one seen Wednesday in Kabul. This is a unique kind of war, one in which the enemy has no problem killing himself to kill others and, for spiritual reasons, actually looks forward to the opportunity.

We need to start measuring success by achievements on the ground and not by unrealistic expectations. We also have to realize that patience is required. Success in Afghanistan will be measured in years and decades, not twenty-four-hour news cycles and 140-character-long tweets. It won’t be pretty, and there will be setbacks—after all, as Churchill reminds us: “it is a rough, hard job.”

Luke Coffey is the director of the Heritage Foundation’s Allison Center for Foreign Policy Studies.