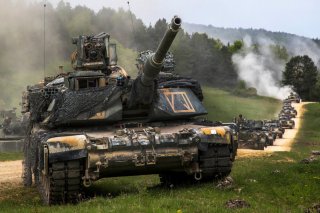 SPEAKING TO a New York Times reporter as his twenty-six-year-old son was brought back in a coffin after only two weeks at the front, the bereaved Azeri father said, “If the nation calls, he has to go … long live the nation.” Muslim Azeris and Christian Armenians have been fighting an off-and-on war over the Armenian enclave of Nagorno-Karabakh since 1988. Hostility between the two nations dates back centuries. Their ancient hatreds intensified when both Armenia and Azerbaijan became independent in 1918. Both states were absorbed into the Soviet Union, however, and Nagorno-Karabakh became a region of Azerbaijan, despite its overwhelmingly Armenian population. When the Soviet Union collapsed in 1991, the two countries, once again independent, went to war, amplifying what had been lower-level hostilities between the two ethnic groups for the previous three years.

A very different kind of conflict took place in July 1969. This one, dubbed the “football war” between El Salvador and Honduras, flared up as a result of a Honduran land reform law that effectively expelled thousands of Salvadoran migrants who were either squatters or immigrant farmers. The proximate cause of the war was violence that had broken out at successive Salvadoran World Cup matches, one of which had been won by each country. On the day that the two teams played the tiebreaker, which El Salvador won, it launched an attack on Honduran targets, including its international airport. Salvadoran troops then moved in and occupied part of Honduras. After four days of fighting, the Organization of American States negotiated a cease-fire on July 18 which took effect on July 20. El Salvador withdrew its troops a few weeks later.

What prompts succeeding generations of both Azeris and Armenians to take up arms against each other? Why is a father proud that his son died for “the Nation” in what has been an endless war? For that matter, how can a Palestinian mother be proud that her son was a suicide bomber, as so many Palestinian mothers have been? And why should a series of hotly contested football matches be the spark that leads nations to go to war? “The causes of wars can seem absurd or inconsequential,” writes Margaret Macmillan in her splendid War: How Conflict Shaped Us, “but behind them usually lie greater quarrels and tensions.”

MACMILLAN PROBES the foregoing questions as she seeks to demonstrate that “war is not an aberration, best forgotten as quickly as possible” and that “we do not take war as seriously as it deserves.” She herself is on the warpath. Her targets include Steven Pinker, who has argued that that there is a clear trend away from violence; academic faculties that have downgraded the importance of war studies; and Western intelligentsia, the overwhelming majority of whom evince so great a distaste for war that they simply avoid discussing it.

Macmillan’s work is as much a sociological essay as it is historical analysis. It is not a history of war per se, nor does it delve deeply into military strategy, operations, tactics, or spending. Rather, it examines how and in what circumstances governments from ancient times to today have chosen to go to war, how those doing the fighting actually feel, the impact of war on civilian populations, and representations of conflict in the arts and the media. Its primary focus is on Western Europe, and its American and Canadian offspring, though Macmillan does refer to conflicts and powers elsewhere in Europe, including Russia.

Macmillan also cites wars in Asia and the Middle East, though more often than not it is in the context of battles fought with Western forces. Macmillan rarely mentions Africa, and only as a colonial offshoot of the colonial European powers. And she virtually omits any reference to Latin America, other than the Falklands War between Britain and Argentina. From the Bolivarian wars of independence in the early 1800s and throughout the nineteenth century, however, South America was the scene of numerous conflicts. Indeed, in attempting to puzzle out why men and nations go to—and glorify—war, in addition to commenting on the El Salvador conflict with Honduras, she might also have investigated Paraguay’s veneration of General Francisco Solano Lopez. Paraguay considers Lopez to be its greatest national hero, and to whom it has dedicated a national holiday and a museum, though he foolishly managed to lose two-thirds of its territory and its outlet to the sea by going to war against the combined forces of Argentina, Brazil, and Uruguay.

Macmillan laments the fact that, as she puts it, “in the majority of Western universities the study of war is largely ignored, perhaps because we fear that the mere act of researching and thinking about it means approval.” She goes on to note that the lack of interest in war studies translates into a lack of jobs for those who would specialize in that field. Moreover, she adds in a tone dripping with sarcasm, “war or strategic studies are relegated, when they exist, to their own small enclosures where those called military historians can roam away, digging up their unsavory tidbits and constructing their unedifying stories, and not bother anyone else.”

Her observations certainly apply to American universities, where far too many left-oriented academics have long made no bones about their hostility toward any aspect of war studies. To a great extent, that opposition is a legacy of the Vietnam War. For many in American academe, the war that overshadowed their student days has never come to an end. Beginning in the 1970s, the ranks of junior professorships far too often were filled with former anti-war protesters, who were deeply affected by the memory of the Kent State shootings, the takeover of university buildings, and the opposition to Defense Department-funded research. Today these men and women, who long ago achieved tenure, have since both risen to senior ranks in leading institutions and successfully promoted the academic careers of the many acolytes that they trained over the past thirty-five years. They dominate the American academic scene, particularly among the elite schools, and have helped to move them increasingly leftward. For these professors, war studies are nothing less than anathema.

One manifestation of this hostility has been the tortured history of the Reserve Officer Training Corps (ROTC) at many elite universities. During the Vietnam era, many institutions of higher learning terminated their ROTC programs. For years after the war had ended, the Department of Defense encountered serious difficulties when seeking to reopen these programs. Several Ivy League schools also objected to the military’s “don’t ask, don’t tell” rule, which they viewed as discrimination against gays. Some universities would not even permit the military to recruit on their campus. It was only after 9/11 that universities such as Harvard, Brown, Stanford, Columbia, and the University of Chicago began to reconsider re-establishing ROTCs. A 2006 Supreme Court ruling forced them to permit the military to recruit on their campuses. ROTCs finally were reinstated throughout the Ivy League in 2010 when “don’t ask, don’t tell” was repealed. Nevertheless, hostility to the military on the part of a large proportion of the academic community has not abated, and Stanford still does not have its own ROTC program. Macmillan’s lament, nearly a half-century after the war in Vietnam came to an end, is, therefore, more than justified.

MACMILLAN HAS been widely applauded for her path-breaking volumes on both the prelude to the First World War and its aftermath. She draws heavily, perhaps too heavily, on those years as she attempts to demonstrate that human nature does not change all that much even as the nature of war, its organization, and its weaponry continue to evolve. Although she devotes a full chapter to the impact of war on culture, and of culture on war—she terms it “war in our imaginations and our memories”—she cites novels, poetry, and classical literature throughout the book. Homer figures heavily, Shakespeare even more so, as do poets and novelists of the Great War (as the British still call it).

Human nature is by its very definition complex, and, as Macmillan rightly points out, that complexity has resulted in the paradox that “war, surprisingly, has brought peace and prosperity for societies.” Macmillan outlines a second paradox that is less evident, however. She posits that “growing state power and the emergence of bigger states … are often the result of war but that in turn can produce peace.” In fact, as the late twentieth century has demonstrated, war can produce the same peaceful outcome when states break apart. The constituent states of the former Yugoslavia, having fought bitterly when that country disintegrated, are almost all Treaty Partners in NATO. The only exception is Serbia, which provoked the Balkan wars of the 1990s. Moreover, all the former Yugoslav states are either members of the European Union (EU) or, in the case of Serbia, North Macedonia, and Montenegro, are currently negotiating their accession to the EU.