What Does International Law Say about Bombing ISIL in Syria? 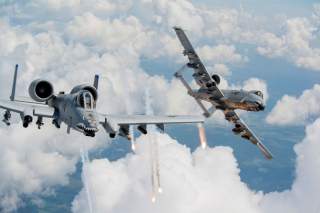 Chairman of the U.S. Joint Chiefs of Staff Martin Dempsey has stated that ISIL cannot be defeated without attacks on the Syrian territory the group has occupied. Surveillance flights to scout out air targets have consequently begun. And, despite its stated willingness to coordinate anti-ISIL efforts with the United States, the Assad regime has warned against unilateral air strikes. International law, however, does not support the Assad regime’s position.

According to Article 51 of the UN Charter, “nothing shall impair the inherent right of individual or collective self-defence if an armed attack occurs.” The prospect of ISIL attacks on the United States or its allies in general indeed falls under Article 51, because there is nothing in the article that states that self-defense is viable only against armed attacks made by states. Moreover, a defending state need not wait to sustain such a devastating blow. As the late Judge Humphrey Waldock of the International Court of Justice (ICJ) stated, “[w]here there is convincing evidence not merely of threats and potential danger[,] but of an attack being actually mounted, then an armed attack may be said to have begun to occur, though it has not passed the frontier.”

Training and advance preparations for an attack may not amount to an apparently irreversible course of action, or cross what Israeli legal scholar Yoram Dinstein, writing in War, Aggression, and Self-Defence, has called the “legal Rubicon.” Dinstein uses the analogy of the actual sailing of the Japanese fleet en route to Pearl Harbor to show when acts of interceptive self-defense are justified. And since intelligence is imperfect, policy makers only need to believe in good faith that they are acting in self-defense against an armed attack.

Of course, the self-defense argument becomes stronger when ISIL’s actions against the Iraqi government are taken into account. In that regard, the United States could easily claim that strikes against ISIL positions in Syria amount to an exercise in collective self-defense, primarily on behalf of the Iraqi government that has granted the United States permission to conduct operations against ISIL in Iraqi territory.

The fact that the Assad regime officially opposes ISIL does not alter this equation. The International Court of Justice’s (ICJ) 1949 Corfu Channel decision held that states bear obligations to not knowingly allow their territory to be used for acts contravening other states’ rights. A state’s duty, the ICJ held in its 2005 decision in the Armed Activities on the Territory of the Congo case is one of “vigilance.” Dinstein rightly asserts that “absence of action against terrorists or organized armed groups (directing attacks against another country) does not necessarily imply toleration if they have found shelter in remote, scarcely accessible, areas.” Sadly, however, there is evidence to show that the Assad regime has, at the very least, not done all it can to best ISIL.

Writing in The Telegraph, David Blair highlights how Assad has even helped fuel ISIL’s strength, trying to be “an arsonist and a fireman at the same time.” In 2012, when ISIL remained concentrated in Iraq, Assad released some of the most dangerous radical jihadists from Syrian prisons, perhaps in the hopes that these individuals would join and strengthen ISIL. As ISIL grew stronger and captured Syrian oilfields, the Assad regime fought back very little and instead began purchasing oil with the funds that helped enable ISIL to become one of history’s richest terrorist groups. ISIL has remained interestingly immune to Assad’s anti-opposition crackdowns and apparently has never sought to take Damascus. As the more “moderate” Syrian opposition may have made its deals with Jabhat al-Nusra and other Al Qaeda offshoots, then, Assad appears to have made a deal with an even worse devil.

Nothing in international law stands in the way of expanding the fight against ISIL to Syria. But Assad’s message in opposing unilateral air strikes remains clear—if you want me to crack down on ISIL, the so-called “international community” must leave me alone. That is the real dilemma the Obama administration faces as it considers action against ISIL in Syria. And as odious as the Assad regime is, the United States is simply not in a position militarily, economically or diplomatically to deal with mission creep entailing yet another democracy-promotion fantasy.

Ernesto J. Sanchez is an attorney specializing in international law and senior analyst at Wikistrat, Inc. The American Bar Association has just published his book, The Foreign Sovereign Immunities Act Deskbook, on the law governing lawsuits against foreign governments in U.S. courts.