What Does It Mean to Be Conservative in Russia? 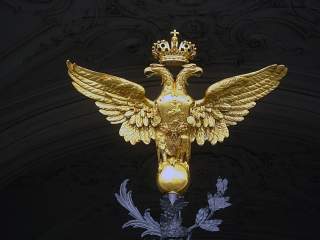 When I had just started working as a journalist for the independent Russian news agency Rosbalt in 2006 in Moscow, I went to cover a conference called “Conservative values and social reforms.” The conference brought together two political parties: the German political alliance of the Christian Democratic Union and the Christian Social Union on one side and Russia’s “United Russia” on the other. There were many things that I could say about United Russia in 2006, but I never thought of it as a conservative party. We all lived in a brand new country; the party, too, was brand new and shiny—what could be conservative about it?

At the conference I asked Andrey Isaev (then a Member of Parliament and now deputy chairman of State Duma) about the difference between traditional and conservative values in the Russian context and he told me, “Social conservatism is a policy that defends traditions." As I wrote in my article in 2006: “Probably MP Isaev never thought about the difference between the two, not then and neither now.” I closed my article saying that United Russia of course knows that the wild 1990s took away any positive meaning from the words “liberal” and “reform” in Russia, so why not substitute “liberal” for “conservative” and “reforms” for “modernization” in a rebranding attempt?

I did not know that I actually asked Isaev one of the most difficult questions about conservatism (I was young and bold) and I was not trying to hide my scepticism back then—which was by the way shared by many participants at the President Hotel. Looking back from 2016 I understand that I was wrong. The conservative wave was coming and Putin knew it all the way.

Russian historian and a guest editor for the Russian Studies in History 2009 volume Valerii Stepanov writes that the turn of the millennium brought to Russia a renewed interest in “the role of fundamental traditions that can play in modernization and on the connection between national and universal values. But the word “conservative” was vague which meant that nearly anyone (“from liberals to socialists”) qualified. As long as you valued tradition, you could be a conservative.

This is not a unique Russian problem. Conceptualizing conservatism has been challenging around the globe. Samuel Huntington, for example, reduced conservatism to a “reaction." In his essay “Conservatism as Ideology” he argues that conservatism does not have its own ideas or ideology, it is a mere reaction to change. That simple. Expert in Russian ideologies Elena Chebankova at University of Lincoln writes that “conservatism […] represents a standpoint, a position” and “does not have a clearly formulated existential value package.” However, she writes, what is special about Russian conservatism is that it always focuses on the future, not the past, and tries to blend the eternal moral ideas with the contemporary reality. It is not so much about preserving the tradition but about recreating it in a new form. Bingo!

Russian conservatism is about building a new society using good old traditions; it is about healing after the events of 1991 and after the 1990s in general. It is about being reborn, becoming your true self, the one you always knew you should become one day. An important point: one might ask, “why rebuild the society? Can’t you just be happy with the one there is?” Well, actually, there is no “society” in the Russian understanding of it (which is closer to a community than to a group of individuals). In the USSR (i.e. before 1991) there had been a very clear understanding of what Soviet society is, what its values are, and what the proper way to live and exist as a nation and society is. It was a society of workers, centered on an idea of all the workers coming together in one single society or community. There was little privacy (you should not have anything to hide from your coworkers or comrades) and very little individualism (it was encouraged only if it supported the same ideas). In 1991, the socialist ideology disappeared, yet nothing else filled the vacuum. The society quickly embraced the values of postmodern individualistic society, but without understanding what they meant, and this actually caused great social tension. We were used to living very close to each other, but suddenly there were new social classes, with newfound riches created enormous space between people and groups of people who until twenty years ago were on the same level, living on the same street and part of the same group. Sometimes, in a distance of a year, one friend would become extremely poor and the other one extremely rich. This is hard. Russian society today longs to find a new way to function together without renouncing economic and social liberties (which explains the Russian adversity to strong ideologies). There is thus a strange combination of longing for the past without wanting to reproduce it.

So, pre-1991 Soviet society does not exist anymore, and what has existed since 1991 is not society. In this context, Russian conservative politicians actually focus on something else: it’s the economy, stupid. This is why you hear so much about the development of the country, that it is so important for the society: Because it is.

And this is where the buzz word “modernization” appears. Modernization represents an attempt to build a stable and wealthy country that will not slide back to past troubles. According to an influential conservative pundit Mikhail Remizov, modernization was a reaction to the poverty of Soviet times and to the economic, social and moral collapse of the 1990s. It was a conservative attempt to prevent radical changes and drastic decreases in the quality of life of the Russian population in the future. The Russian state has always been paternalistic, and this was an attempt to take care of its people.

Personally I was very much surprised to discover that modernization—promoted by the hope of Russian liberals, Dmitry Medvedev—was actually a conservative concept. No, actually I can say the opposite—now I understand why the hope of the Russian liberals, Dmitry Medvedev, stopped being their hope and accepted demotion to prime minister in 2012. He was always a conservative—just a modern one, with an iPad.

This brings us to another point—to the stereotype of the conservative as backward and clinging to the past. In Russia this means Tsar, samovar and words that start with “Slav." While some conservatives do look like tsars and samovars, all of them are modern people with Facebook accounts. However it is really puzzling that in a country where the majority of population is conservative, just like its elites and pundits, there are no magazines or websites on a contemporary conservative lifestyle. Conservatives read the same liberal Afisha (Time Out) and GQ. Why is this so? I guess an easy answer would be that it is not easy to reinvent traditions. But I am afraid I would not be able to say more, since I am not a conservative.

I spoke with Boris Mezhuev—editor of the website Russian Idea (where I occasionally contribute) and former deputy editor-in-chief of the influential daily newspaper Izvestia. Boris was abruptly fired from Izvestia—he told me why but I am not allowed to share. It turns out that in Russia not only opposition journalists lose their jobs—it happens to the loyal ones as well.

Boris is a philosopher, just like his father Vadim Mezhuev, and he teaches at the School of Philosophy at the Moscow State University. He is what you would call a public intellectual, and in modern Russian that practically always means a journalist. Once a liberal, Boris today is a leading moderate-conservative voice. For him the main pillar of the Russian conservatism is “trust."

“Trust” means that the majority of the population is loyal to the regime. The people may not like certain policies, but overall they share the same values. And in this relationship the main adversary of the regime supported by the population is the state bureaucracy. Boris tells me that bureaucracy in Russia today does not act in a conservative way because it is trying to rule the country even though its intended function is different. It is trying to control society, and this is a big problem, because a healthy society needs a breathing space from the state and especially from the bureaucratic institutions. Boris is championing the local communities (like the one in Sevastopol where the local parliament rebelled against the appointment of a priest as a museum director).