What the Evolution of NATO's Missions Means for the Future 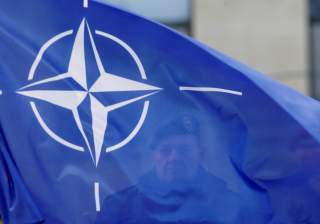 Throughout the Cold War, American and European leaders consistently portrayed NATO as a defensive alliance. They emphasized the peaceful nature of their cooperation in contrast to the Kremlin’s record of belligerence and aggression. Moscow’s brutal suppression of even modest political deviations within its East European satellite empire helped confirm the proclaimed difference. Soviet tanks rolled into East Germany in 1953, Hungary in 1956, and Czechoslovakia in 1968 to crush reform movements. Western insistence that the Soviet Union was a dangerous aggressor while NATO was a purely defensive association was quite credible.

Unfortunately, post-Cold War NATO’s image as a collection of democracies pursuing defensive objectives corresponds less and less to reality. Robert W. Merry, former editor of Congressional Quarterly, the National Interest, and the American Conservative, aptly observes that instead of appreciating how the end of the Cold War and the demise of the Soviet Union was a boon to the security of the West, U.S. and NATO leaders “turned NATO into a territorial aggressor of its own.” He concludes that NATO today is “a danger, not a guarantor of peace.”

Avoidance of offensive actions and objectives disappeared early in the post–Cold War era. The interventions in Bosnia and Kosovo emphatically transformed NATO from a defensive alliance designed to deter or repel an attack on its members into an organization with an offensive orientation. In Bosnia, the Alliance used force simply to prevent a secessionist movement from succeeding; no aggression against a NATO member had taken place. Four years later, NATO attacked a sovereign state, Serbia, recognized by the international community, to detach one of its provinces, Kosovo. Once again, the target of NATO’s military wrath had not committed the slightest act of aggression—or even threatened to do so—against any Alliance member.

The rationale for NATO military action had expanded dramatically. Citing a security justification for the interventions in the internecine Balkan conflicts flowing from the breakup of Yugoslavia required a major stretch of logic. Even most NATO partisans knew better than to emphasize such a far-fetched rationale. Instead they focused on the alleged need to prevent a humanitarian tragedy. Even that justification failed to hold up to any serious scrutiny.

A few NATO traditionalists were decidedly unhappy about the Alliance’s new missions or expanded geographic focus. Writing at the time of the Kosovo war, Washington Post columnist Charles Krauthammer was caustic about the increasing focus of the “new NATO” on out-of-area missions. “What was wrong with the old NATO?” he asked rhetorically. “For the clever young thinkers of the [Clinton] administration,” Krauthammer added sarcastically, the Alliance’s traditional deterrence mission apparently was “too boring.” He accused them of suffering from “Acheson envy,” by wanting to create a memorable new international order. Worse, he saw them as wanting to refashion NATO as “a robust, restless alliance ready to throw its weight around outside its own borders to impose order and goodness.”

Krauthammer’s observations were extremely perceptive, but even with his prominence in the American foreign-policy community, his concerns about NATO’s new focus and the dangers it posed, went largely unheeded. NATO continued to become an increasingly offensive alliance with an ever-expanding out-of-area orientation.

Indeed, as transformative as the Bosnia and Kosovo interventions were, they at least occurred in Europe, albeit outside the formal boundaries of the Alliance. Even during the Cold War, NATO (and especially the United States) maintained informal, but important, security ties to Yugoslavia. Washington also made it clear to Moscow that any military aggression against Yugoslavia would be considered a serious threat to the transatlantic community, even though the country was not a NATO member.

But other NATO military missions now take place far outside the European theater. That point became evident following the September 11, 2001, terrorist attacks on the United States when NATO members invoked Article 5 of the North Atlantic Treaty, which proclaims that an attack on one member will be considered an attack on all. Thereafter, Germany and other Alliance members sent forces to assist the U.S. military campaign in Afghanistan.

The new missions reflected a dramatic expansion of NATO’s geographic coverage. It had become a misnomer even to regard the Alliance as a “transatlantic” organization to protect the security of Europe and North America. Indeed, as the Afghanistan operation confirmed, the focus increasingly was on problems outside those two regions. That point was reinforced when a majority of NATO members joined the U.S.-led assault on Iraq to oust Saddam Hussein. It became evident again in 2011, when the United States backed its European allies, especially Britain and France, to launch military attacks against Libya. The ostensible purpose of the aircraft and cruise missile strikes was to thwart a bloodbath that Muammar el-Qaddafi’s regime might unleash on innocent civilians. The reality was that the intervention was another regime-change war.

The proliferation of such far-ranging missions has not been healthy either for NATO’s European members or the United States. Sending troops to Afghanistan entangled European forces in a messy, intractable war in a country that posed little threat to any of the European countries. In essence, NATO governments signed on to an amorphous, armed nation-building venture that Washington was pursuing. Conversely, a divided Obama administration signed on to a regime-change war in Libya that France and other European allies were pushing. In both cases, the resulting policies were ill-considered ventures that did not benefit the best interests of either the United States or its European partners.

Indeed, a major reason why Islamic radicals have attacked targets in Europe is because of the involvement of those countries in U.S.-led wars in the Muslim world, especially Iraq and Syria. The perpetrators of the December 2015 terrorist attack on the Bataclan concert hall in Paris shouted out: “This is for Syria!” France had joined with its NATO allies to back the U.S.-dual campaign to oust Syrian leader Bashar al-Assad and eradicate ISIS. French aircraft had been bombing ISIS-controlled areas for more than a year. The Paris attacks were bloody payback—as have been subsequent incidents in multiple NATO countries.

If increasing their exposure to America’s wars in the Middle East and Central Asia is now a crucial requirement of alliance burden-sharing, the Europeans would be wise to opt-out. That step might or might not cause the Trump administration to reconsider the U.S. commitment to NATO, but as Washington pushes the Alliance to adopt an increasingly offensive focus, and one outside of Europe at that, the allies could be making a major, self-destructive blunder to follow Washington’s lead.

At the same time, responding favorably to European calls for humanitarian or regime-change missions in the Balkans and North Africa, or for a needlessly confrontational policy toward Russia, is not in the best interests of the American people. The growing uneasiness on both sides of the Atlantic is evidence both of a fraying consensus about NATO’s proper role and the reality of a divergence in European and American security interests. The “old NATO” of the Cold War era is obsolete, and the “new NATO” of military interventions with vague justifications and a nearly boundless geographic coverage is a meddlesome aggressor.

Ted Galen Carpenter, a senior fellow in security studies at the Cato Institute and a contributing editor at the National Interest, is the author of twelve books and more than 750 articles on international affairs. His latest book is Gullible Superpower: U.S. Support for Bogus Foreign Democratic Movements (2019).