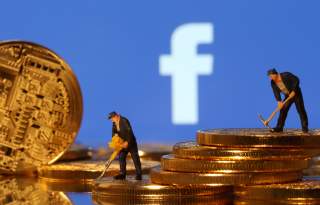 After months of anticipation, Facebook has recently unveiled its own cryptocurrency, the Libra.

Hmm . . . actually, that’s not entirely accurate. Perhaps it would be better to say that Facebook has unveiled its ambitious plan to dominate the world’s payments systems and challenge the power of nations.

Let’s take a step back and start from the beginning. The world right now is filled with payment services galore. We have credit card networks (such as Visa, Mastercard, American Express), online payment companies (Paypal, Stripe, SecurionPay), and even mobile payments (Venmo, ApplePay, WeChat). All of these services and more are crucial to modern commercial and financial activity.

There are, however, what could be considered two major problems when it comes to modern payment systems. The first is that most of these services are siloed—they do not interact with one another. A person cannot send money directly from Venmo to ApplePay, and vice versa. Money must be moved through a bank first and then deposited into the appropriate application/service. This can be rather inconvenient and inefficient for consumers and businesses, especially if geopolitical differences are considered. In the European Union, for example, Orange Cash is a mobile payment service available in France and Spain, but not in the rest of the union. Despite being united by a single currency, people can be, and are still, divided by the choice of payment services used.

The second problem is, for want of a better term, privacy. All of these services require that individuals rely upon financial institutions as trust third party payment processors. Even if a person wanted to do something as simple as buying a cup of coffee, that transaction would have to go through a bank, credit card company, or payment processor. As a result, there is an electronic paper trail of all of one’s transactions—otherwise private financial information that is now in the hands of an institution. In addition, since these institutions must sometimes mediate transaction disputes, they must implement certain inefficient measures (raised transaction costs, a limit on the maximum amount of money that can be transacted in a set time period, etc.) upon users.

How Does One Create Online Money?

Finding a way to resolve this conundrum—a simple system to engage in financial transactions online without forgoing privacy—was one of the goals of an online movement in the 1990s composed of privacy-focused activists, computer scientists, cryptologists, technical experts and political advocates. These “Cypherpunks,” as they informally called themselves, undertook a number of experiments and ventures in an attempt to create this sort of privacy-focused online currency. Though not many remember, even Paypal itself was originally conceived as an attempt, in the words of cofounder Luke Nosek, to “create a global currency that was independent of interference by these, you know, corrupt cartels of banks and governments that were debasing their currencies.” All of these initiatives, however, failed because no one could figure out how to create online money without also creating a central institution to manage this hypothetical currency. Such a central institution represents a single point of failure: it can be manipulated, subject to government regulation, or otherwise destroyed.

The solution was finally conceived by a pseudonymous online individual calling himself Satoshi Nakamoto, who presented a white paper entitled Bitcoin: A Peer-to-Peer Electronic Cash System.

Satoshi’s system was simple: rather than relying on a central institution, his system was set up so that every transaction and every individual’s holding would be simultaneously tracked and recorded on a shared ledger. Transactions and holdings would be pseudonymous, thus preserving privacy. The shared ledger would be distributed in the computers of everyone using the system, thereby preventing the creation of a central institution and single point of failure. This shared database, which would come to be known as the blockchain (named such because of how the system bundles transactions into sets called blocks, which are added on to a continuous chain), set off something of a revolution in finance. Bitcoin was born and introduced to the world.

Over ten years have passed since Bitcoin was created. While the system is still going strong, several limitations, however, have become apparent. For one, Bitcoin can only handle an average of four to five transactions per second (tps), with some variation. Visa alone, by comparison, handles an average of 1,700 tps, and is capable of handling over 24,000 tps. Then there is the issue of latency: the time it takes from the creation of a transaction until the initial confirmation of it being accepted by the network. Bitcoin’s confirmation time varies depending on how much the system is being used, but it is certainly no less than five minutes and sometimes more than ten. Compare that to the few seconds one must wait for a credit card transaction to be confirmed, and the choice is obvious.

Bitcoin’s intended privacy is also less secure than originally expected. While transactions and holdings may be pseudonymous, it is possible to tie these financial details to a real identity once a Bitcoin user attempts to convert their Bitcoin into fiat currency or vice versa via an exchange or other service. Finally, Bitcoin’s limited supply (a predetermined limit of twenty-one million coins) means that it is deflationary—there will be less of it to go around. While this may be good for holders over the long term, as they can expect a positive return on their investment, the price volatility attached to this sort of asset does not sit well with short-term users.

In short, while Bitcoin has properties that make it an attractive store of value and/or speculative investment, it lacks capacity to function as a stable-enough medium of exchange. The “cryptocurrency,” such as it is, can no longer fulfill its original intended purpose of an anonymous, cash-like online payments system. Some of Bitcoin’s most ardent boosters and defenders would argue against this view, pointing to solutions under development such as the Lightning Network. These efforts, however, still face both technical and regulatory hurdles in both the short and the long term. Even then, they’d be hard pressed to overcome a now firmly ingrained public perception that Bitcoin is a speculative asset and not a medium of exchange.

It is because of these limitations, among others, that many have taken the underlying blockchain technology that allows Bitcoin to function and have used it to create newer, more advanced cryptocurrencies and platforms. For example, a cryptocurrency and blockchain platform called Zilliqa indicates that it can handle an impressive 2,828 tps—more than enough to compete with Visa and other large payment processors. However, there are still a few hurdles to overcome, such as the fact that transactions on this platform take around a minute to confirm. Though Zilliqa’s development team is working on improvements to cut down confirmation times to around twenty seconds and further ramp up tps, these are still a ways away, and the platform suffers from a lack of name recognition outside of the niche realm of cryptocurrencies and blockchain software.

A Benefit to All of Mankind?

It is here that we return to Facebook’s announcement of its “Libra” system, with interesting information contained in the cryptocurrency’s white paper and technical paper. The stated details of the project are rather impressive. The system is intended to be able to handle one thousand tps at launch with a ten-second confirmation time—with plenty of room for improvement. The Libra currency itself will be “backed by a reserve of real assets—the Libra Reserve,” which will be “a collection of low-volatility assets, such as bank deposits and short-term government securities in currencies from stable and reputable central banks.” To help oversee, design, launch, and manage the Libra, Facebook is putting together a Switzerland-based governing association composed of a consortium of partner organizations. The list of founding members alone is impressive: it includes Visa, Mastercard, Paypal, Stripe, eBay, Uber, Spotify, Vodafone, and many more.

In short, the Libra is intended to be a unified global payment processor and optionally-pseudonymous cryptocurrency, backed by real assets and supported by some of the world’s best companies, that can be used by any company or individual that has access to a Facebook account—in short, it is the future of money. Its users would include the world’s unbanked and underbanked—individuals who lack access to traditional banking for a variety of reasons—as well as other vulnerable populations. Facebook’s newly announced Libra-focused subsidiary, Calibra, released some documentation that further elaborates on the pressing situation that the unbanked face:

For many people around the world, even basic financial services are still out of reach: almost half of the adults in the world don’t have an active bank account, and those numbers are worse in developing countries and even worse for women. The cost of that exclusion is high — for example, approximately 70 percent of small businesses in developing countries lack access to credit, and $25 billion is lost by migrants every year through remittance fees.

The point about remittances is particularly important. According to the World Bank’s latest Remittance Prices Worldwide report from March 2019, the global average cost for sending money is 6.94 percent. In other words, for every $100 sent by, say, migrant workers to their families in their home countries, $6.94 must be paid in fees. Keep in mind that these amounts also vary depending on the geographical region money is being sent from, where it is going, and what service is being used. The average cost of using a bank to send money, for example, is 10.9 percent. While Westerners may regard these amounts as relatively small, they can mean a lot to not just families, but also entire nations. A June 2017 report from the United Nations’ International Fund for Agricultural Development reveals that remittances make up a significant percent of the GDP of numerous countries. These include Nepal (32 percent), Liberia (31 percent), Tajikistan (29 percent), Moldova (24 percent), Gambia (22 percent), and many more. This same report notes that “US$450 billion [in remittances] is projected to be sent this year, more than three times official development assistance,” and argues that remittances are crucial to meeting the UN’s Sustainable Development Goals. With a blockchain-based system like Libra, these costs could be brought down significantly. Anything around 3 percent or lower would enable billions of dollars in savings around the world.