What the Fall of Netanyahu Would Mean for Israel 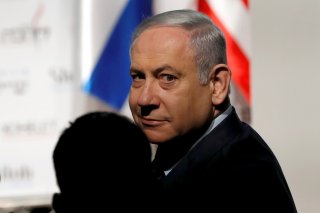 Earlier this week, Yair Lapid, leader of the Yesh Atid party, notified Israeli President Reuven Rivlin that he had formed a new governing coalition to oust Prime Minister Benjamin Netanyahu. The makeshift alliance includes both left- and right-wing factions, as well as a small Islamist party. These disparate groups are united less by a shared policy vision than by their opposition to Netanyahu. The ouster is made possible, in no small part, by the efforts of nationalist firebrand and erstwhile Netanyahu ally Naftali Bennett. Bennett — who has described himself as “more right-wing” than Netanyahu — publicly broke with the Prime Minister in late May, fracturing his conservative base of support.

Barring any drastic developments in the coming days, Netanyahu’s twelve-year rule is set to come to an end. That is bound to be received as welcome news by the Biden administration, which has struggled to maintain amicable ties with the veteran Israeli politician. Former President Obama’s relationship with Netanyahu was characterized by a consistent and well-recorded mutual disdain that is particularly striking when displayed by heads of closely allied states. These Obama-era tensions have, to a large extent, bled over into the presidency of his democratic successor.  Netanyahu reportedly said in a recent meeting that Bennett will not be able to stand up to Biden — particularly, that he would cave to Washington’s demands if asked to cease Israeli settlement activity in the West Bank.

Biden officials have wasted no time arranging a flurry of meetings with prominent Netanyahu opponents, including Benny Gantz and Lapid. The post-Netanyahu government, for its part, seeks to repair relations with the Democratic party without abandoning the inroads that Netanyahu cultivated with the GOP over the course of the Trump presidency.

Nevertheless, it is not clear that Netanyahu’s departure will move Washington and Jerusalem any closer to resolving a growing avalanche of major policy disagreements. Notwithstanding Netanyahu’s claims to the contrary, Bennett has offered no sign that he is willing to compromise on the settlement question, reportedly going as far as to promise that there will be no settlement freeze. Bennett will face pressure on the settlement question from his left-leaning coalition partners, but it remains to be seen if they have the political capital to force substantive policy changes on the prime minister in waiting. Beyond immediate concerns over the settlement issue, the prospects for a broader, lasting solution to Palestinian statehood remain exceedingly dim in a post-Netanyahu Israel. Bennett is even more rigid than Netanyahu in his long-standing opposition not only to the two-state solution but to statehood of any kind for Palestine.

It is too early to tell if there are greener pastures ahead for the Iran deal. Netanyahu’s fierce opposition to the deal was one of his signature policy stances, but there are some cautious indicators that the new government will tread more lightly. Whereas Netanyahu was willing, and did, go to battle with Washington over Iran policy, the new government may have less of an appetite for openly defying the White House on what is one of Biden’s core foreign policy objectives. Bennett and his allies are still likely to keep criticizing the deal, which a large swathe — and, by some measures, a decisive majority — of Israelis continue to oppose. Those efforts could be amplified by Netanyahu himself, who remains widely popular in Israeli politics and is set to campaign against normalization with Iran from the ranks of the opposition. Consistent pressure from Washington and certain coalition partners could set the stage for the deal’s renewal, though much will depend on the internal dynamics guiding what is a volatile and deeply split coalition government.

Netanyahu’s ouster may lift a cloud of personal acrimony between Jerusalem and the White House, but the major policy issues looming over the Israeli-US relationship continue to fester with no solution in sight. And yet, disagreements over Palestine and Iran signal an even bigger pall on the horizon: Biden is facing growing pressure from a new generation of Democrat lawmakers to drastically revise, if not abandon, the U.S.-Israeli special relationship that has enjoyed widespread bipartisan support since the 1960s. These lawmakers — whose swelling ranks include Representatives Rashida Tlaib, Ilhan Omar, and Alexandria Ocasio-Cortez — reflect the growing consensus in American progressive thought that Israel is an “apartheid” state, premised on the systemic oppression, exploitation, and “ethnic cleansing” of Palestinians. A fringe position in past decades, sentiments sharply critical of Israel have pervaded the public discourse and are increasingly driving policy debates in Washington. The Biden administration’s recent approval of a $735 million arms deal with Israel sparked outrage among scores of Democrats, with Rep. Joaquin Castro expressing concern over the “timing of this weapons sale” and the “message it will send to Israel and the world about the urgency of a cease-fire and the open questions about the legality of Israel’s military strikes that have killed civilians in Gaza.”

“There’s truth to the notion that there are major shifts in the party about how we rubber-stamp Israel writ large,” a Democratic Senate aide told The Washington Post. These deep-seated  “shifts” in the way that some American elites think about Israel were not born with Netanyahu’s prime ministership, and show no signs of receding with his imminent departure. The coalition government has its work cut out for it as it navigates uncharted waters in the rapidly changing US-Israeli relationship.