What the #FinCENFiles Reveal About Latin America’s Money Laundering Threats 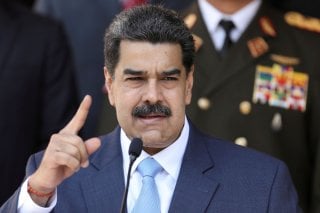 Illicit finance and money laundering have long been significant yet underappreciated challenges for Latin America. Corrupt officials, unscrupulous elites, and sophisticated criminal groups expertly exploit weak and underfunded institutions, regulatory gaps, as well as the opportunities offered by liberalized economies to acquire and hide illicit wealth. The consequences are seen in a plethora of regional infrastructure projects that suffer from siphoned funds, the well-funded criminal groups in Mexico and elsewhere that successfully compete with the state for control over territory, and numerous other maladies facing the region. Now, a global investigation by the International Consortium of Investigative Journalists (ICIJ) offers an important window into the world of money laundering, highlighting how Venezuelan kleptocrats, Mexican and South American drug traffickers, and other criminal actors move and hide massive sums of illicit revenue.

The investigation, which was dubbed the FinCEN Files, centers on over two thousand leaked documents from the U.S. Financial Crimes Enforcement Network revealing the worrying ease with which criminal actors manipulate and maneuver the global financial system.

The FinCEN Files investigation explores one of the most notable sources of illicit financial flows in Latin America, namely the dramatic looting of public funds from Venezuela by kleptocrats and their cronies through the global financial system. The unprecedented theft of wealth from Venezuela is well-known, as the dictatorship of Nicolás Maduro utilizes corruption to ensure the loyalty of the elites and security forces even as the country faces a dramatic humanitarian crisis, crumbling public infrastructure, and the hollowing out of its public health system.

Less attention has been paid to the role of actors within the global financial system who, knowingly or unknowingly, enabled Venezuelan corruption to flourish. The ICIJ investigation reveals, for example, the role of small banks in Switzerland and Portugal, and larger correspondent banks in the United States, in facilitating Venezuelan corruption. Documents reviewed by the ICIJ indicated suspicious transactions totaling $4.8 billion between 2009 and 2017 linked to Venezuela, with 70 percent involving government entities. According to reports, banks handled high-value transactions for corrupt Venezuelans despite clear red flags indicating their illicit nature, such as erroneous documentation and the transfer of large sums of money to family members.

In one case examined by the ICIJ, a Venezuelan businessman with close ties to the Maduro government, reportedly diverted hundreds of millions of dollars into shell companies taken from government contracts purported to support poverty programs in the crisis-ridden South American country. The stolen Venezuelan funds often end up in the United States, used to purchase expensive real estate in Miami and other high-value items.

Reporting on the FinCEN Files also highlights the global networks around the surging challenge of illegal gold from Latin America, which funds criminal groups and promotes human trafficking and environmental devastation. The ICIJ reports that gold companies are involved in approximately one-quarter of all suspicious transactions contained in the trove of leaked documents, revealing the breadth of the involvement of the gold sector in laundering activity.

The increasing role of gold and illegal mining in money laundering has gained significant attention in recent years. The inherent value and ease of trading gold, and other factors such as the challenges to its traceability, have made gold an attractive vehicle for laundering drug proceeds and an important source of revenue for criminal organizations.

In Latin America, criminal and terrorist groups like Colombia’s National Liberation Army, unscrupulous mineral traders, and large populations of illegal miners are the driving force behind an illegal gold rush in the region. These actors extract and launder illegal gold using falsified documentation methods to commercialize the illegal minerals with international refineries and traders. The ICIJ’s investigation shows the role of gold companies in the Middle East, specifically the United Arab Emirates, as alleged facilitators of the international illegal gold trade with transactions tied to South American drug traffickers and Middle East terrorist groups.

Other cases examined by the ICIJ showcase the variety of methods used in the laundering of illicit funds, including the suspicious use of international art dealers, lawyers, and real estate by corrupt officials.

But the FinCEN Files offer only a snapshot of the suspected illicit financial flows identified by the U.S. government and banking officials. As Nate Sibley of the Hudson Institute points out, FinCEN is tasked with combatting all illicit financial flows through the global financial system, but it works with a budget smaller than what “the US government accidentally sends in benefits to dead federal employees each year.”

In Latin America, anti-money laundering officials face even tighter budgets while policing financial and nonfinancial businesses that well-funded drug traffickers and other criminal actors deftly exploit to launder illicit funds. The value of narcotics-related illicit financial flows among the United States, Colombia, and Mexico, for example, was recently estimated to be as high as $121.6 billion each year. Now, the coronavirus pandemic further complicates efforts to combat illicit financial flows in the region with weakened states facing empowered criminal groups while corrupt officials and businesses drain pandemic-related public spending.

The FinCEN Files investigation offers many lessons, including the ongoing challenges with compliance by the banking sector. But perhaps most importantly, the ICIJ’s reporting should serve as a reminder of the severity of the illicit finance challenge and the need for increased political and financial support for the entities charged with protecting the global financial system, particularly in vulnerable regions like Latin America.

Andrés Martínez-Fernández is a senior research associate with the American Enterprise Institute, where he researches illicit finance, transnational organized crime, and economic development in Latin America.