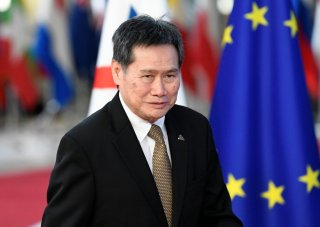 As a region of immense significance to the European Union (EU), Southeast Asia will feature prominently in the Global Gateway initiative. The strategy, aimed primarily at developing countries or regions, will find the development needs of Southeast Asia ideal avenues for EU investment. Southeast Asia continues to lack adequate economic, political, and digital connectivity, which is detrimental to the region’s collective economic growth and prosperity. The bloc recognizes the challenge of connectivity amongst the Association of Southeast Asian Nations (ASEAN) as a key priority and fundamental to boosting social and economic development. The Global Gateway offers investment into key physical and digital infrastructure and energy.

Why is ASEAN Important to EU’s Global Gateway?

After World War II, economic globalization has emerged as a key strategy for promoting peace, and better regional integration is a critical aspect of this. The EU model aimed to establish such an institutional framework, which experts have come to recognize as the embodiment of a well-integrated region. Growing from an initial group of five European countries, the EU today is a pan regional body—displaying how successful the “EU experiment” has been as a long-term project. Despite the shock provided by Brexit to EU integration—which saw the United Kingdom (UK) leave the EU in a rather surprising (and narrow) referendum—it remains a strong example of a well-consolidated and cohesive region.

Established in 1967, ASEAN attempted to follow in the EU’s successful footsteps. For instance, in 2015, in what many referred to as ASEAN’s “EU moment,” ASEAN states launched the much-lauded ASEAN Economic Community (AEC). AEC was a milestone in ASEAN’s quest to achieve full economic integration via a common market, characterized by a free flow of goods, services, investment, capital, and skills. In 2019, at the Fifty-First ASEAN Economic Ministers’ Meeting, the bloc decided to begin a single market amid worries about growing competition from India and a drive to optimize the relocation of manufacturing from China due to the Sino-American trade war and geopolitical tensions. Ultimately, ASEAN wants to leverage its collective abilities to elevate its position in the global supply chain and emerge as one of the world’s top five economies (it currently ranks as the seventh-largest).

Although ASEAN is not a monolithic group or bound by a single landmass (like the EU), but rather a culturally, politically, and economically diverse set of nations, both blocs have shared values of multilateralism, a rules-based order, and free trade. Both share a strategic partnership carried through regular dialogue and broad-based security and economic cooperation. Thus, the EU views ASEAN as a like-minded and essential partner in the Indo-Pacific region, and in its Global Gateway strategy.

ASEAN in the EU’s Indo-Pacific Outlook

As Brussels looks to enhance its engagement in the Indo-Pacific region, with the release of its “Strategy for Cooperation,” supporting and promoting the existing ASEAN-led institutional architecture and mechanisms in the region is crucial. Rather than viewing its ties with ASEAN as a donor-recipient relationship, the EU perceives ASEAN as a critical and central part of ensuring peace, prosperity, and a balance of power in the region. A growing trade relationship with ASEAN is within the EU’s economic interests, and in light of this, Brussels has increasingly sought to emphasize the connectivity between the two regions. In 2018, the European Council adopted the “Connecting Europe and Asia—Building Blocks for an EU Strategy” that aimed to establish “sustainable, secure and smart connectivity” through prioritizing energy, transport, digital and people-to-people links. Brussels shares similar connectivity strategies with Japan and India, and in essence, its Indo-Pacific policy comes as an extension of this.

Similar to the EU’s 2021 Indo-Pacific strategy, which aims to build “strong and lasting partnerships” with regional powers, the Global Gateway focuses heavily on deepening partnerships with “like-minded” partners. This relates to ASEAN countries because the strategy aims to build on existing commitments and initiatives in Southeast Asia. Consider the 2018 EU-Asia Connectivity Strategy, which Igor Driesmans, the EU ambassador to ASEAN, has indicated as an example of where the two organizations will enhance future investment. The Global Gateway also explicitly mentions that the EU intends to “pursue a connectivity partnership with… ASEAN,” similar to those that already exist with Japan and India. The EU’s partnerships with Japan and India are based on common understandings of what “connectivity” means and a convergence in their normative commitment to transparency, respect for international rules and norms, and a level playing field. India and Japan’s commitment to multilateralism and the liberal world order, together with their concern over China’s growing influence, has made them skeptical of the Belt and Road Initiative (BRI). Thus, alternative EU approaches to infrastructure investment are attractive. However, for ASEAN countries, the principle of “non-interference” in countries’ domestic affairs has been integral to their diplomacy. Thus, the group may have some reluctance to turn to the EU Global Gateway over the BRI, given the normative conditionalities that are attached to investment.

The Global Gateway initiative—comprising a package of 300 billion euros for international infrastructural connectivity—is a part of this broader Indo-Pacific outlook. It brings together the varied existing investment programs and schemes under a single umbrella that reaffirms the bloc’s vision: a stronger Europe capable of building more resilient networks and connections rooted in core European principles. In other words, the EU’s Global Gateway is a structural outcome of its Indo-Pacific focus, and it aims to enhance its agency in the region to become a key contributor to sustaining peace and stability.

As U.S.-China great power competition continues to steadily escalate and geopolitical tensions rise, the EU is increasingly looking to leverage its reputation as a defender of democracy, human rights, and a rules-based order for positive outcomes in the region. Here, Brussels sees potential for ASEAN to be a key partner. Social development being one of the main challenges towards ASEAN’s internal cooperation, Global Gateway initiatives could contribute to positive, democratic development for the bloc. Much like ASEAN’s own Indo-Pacific outlook, the EU highlights ASEAN centrality and connectivity as critical pillars for regional stability. ASEAN has, over time, successfully established institutional mechanisms for formulating multilateral solutions to shared problems, placing the bloc at the fulcrum of regional cooperation and integration. With the ongoing tensions in the regional climate, as the Indo-Pacific stands on the brink of a crisis, these institutions, mechanisms, and processes have become ASEAN’s most valuable currency. Considering ASEAN’s pivotal regional role and shared imperatives with the EU, the bloc forms a natural focal point in Brussel’s Indo-Pacific strategy and Global Gateway focus.

Having said this, cooperation between the EU and ASEAN has been increasing, so it seems possible that this type of connectivity partnership will come to fruition. Not only has there already been a move to work together over the issues that the Global Gateway will focus on—for example, joint EU-ASEAN statements to promote connectivity and enhance cooperation over cybersecurity—but their bilateral partnership, too, has gotten stronger. In 2020, their “Strategic Partnership” was announced and there has been an agreement to work towards an EU-ASEAN free trade agreement, as ASEAN is now the EU’s third-largest trading partner after the United States and China. It is interesting to consider why the EU is pushing to pursue further relations with the ASEAN countries as a bloc and not individually. The EU does not currently have strategic partnerships with individual ASEAN members states, and it does not intend to have connectivity partnerships with each of them either. Evidently, the EU recognizes the centrality of ASEAN within the Indo-Pacific and views it as an important security partner. Thus, by working with ASEAN instead of individual member states, the EU is promoting deeper ASEAN integration, ensuring its centrality in the region in the face of rising tensions, and the EU’s too. The EU is seeking a “security role” within the Indo-Pacific and a strong partnership with ASEAN will increase their influence and recognition within the region.

While a focus on ASEAN has become increasingly important for the EU’s regional designs and ambitions, the Global Gateway can bring significant benefits to small and middle-income nations in the region as well. Most prominently, the program can bring material benefits by supporting sustainable infrastructure development, green finance, digital transformation, and interconnectedness, as well as bolstering trade competitiveness, resilient value chains, and strengthening environmental and climate cooperation between Europe and Asia.

Additionally, the Global Gateway’s green focus means that investments within ASEAN countries would be sustainable and contribute to mitigation and adaptation efforts in the face of climate change. This is vital for ASEAN countries such as Indonesia and the Philippines, which are extremely vulnerable to its effects. Interestingly, China’s BRI has also focused significantly on Southeast Asia, particularly on enhancing all manners of connectivity. As a result, in 2020, the region became the largest receiver of BRI investment (accounting for 36 percent). The BRI has invested in much-needed infrastructure projects within ASEAN countries. In turn, ASEAN countries have provided a land bridge for China, connecting it to the rest of Asia and several sea routes. Furthermore, both ASEAN and China have used the BRI to speed up their economic growth following the Covid-19 pandemic. An Oxford study found that Chinese financing in Southeast Asia alone amounts to approximately $740 billion (or 653 billion euros). Some of these loans are under questionable lending practices that “hinder borrowers from accessing standard debt restructuring mechanisms.” Furthermore, they have built-in default triggers that potentially and significantly augment China’s already considerable economic and political influence over the borrowing state.