What Happens After the Trump-Xi G20 Summit? 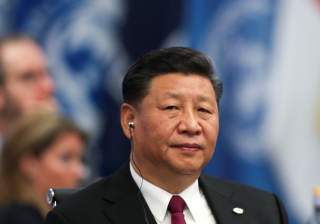 At their recent side meeting during the G20 summit in Argentina, American president Donald Trump and Chinese president Xi Jinping agreed to temporarily suspend their mutually-damaging tariff and trade war. In the next ninety days, both sides will negotiate a wide range of trade and security-related issues. This has boosted optimism among international investors and other interested parties that a “grand deal” will help overcome structural differences between Washington and Beijing.

If history is any guide, however, any such deal will face significant obstacles. Despite the interconnectedness of their two economies, the United States and China confront a variety of issues—South China Sea, Taiwan, trade, and others—in which they have incompatible goals and interests. To better understand the unique dynamics of this relationship, it is useful to have some historical context. One way to do this is to view the U.S.-China relationship through a prism of discrete and discernible historical phases.

For example, the first phase of U.S.-China relations—the cold war hostility phase—lasted from roughly 1949 to 1970 and was characterized by mutual antipathy and persistent antagonism. U.S. officials viewed China’s entry into the Korean War in late 1950 as the ultimate act of aggression, and it would shape how they perceived China and the potential spread of communism to other parts of Asia for the subsequent two decades.

U.S. strategy centered on containing China and denying it access to international political space, such as the United Nations. John Foster Dulles played a key role in orchestrating this strategy, which involved the creation of a “Pacific security system” comprised of key bilateral alliances, including with the Philippines, Australia, New Zealand, Japan and South Korea.

The second phase (1971-1989)—rapprochement—started when Henry Kissinger surreptitiously traveled to China via Pakistan in 1971. This laid the foundation for President Richard Nixon’s historic visit to China in 1972, which would see both sides issue their first foundational document known as the Shanghai Communique.

President Jimmy Carter would consummate the rapprochement begun by Nixon and Mao Zedong when he orchestrated the official establishment of diplomatic relations in 1979. Writing to President Carter, Michel Oksenberg, a senior National Security Council official, characterized Carter’s China policy as being “distinctive for its insistence on realism, reciprocity, and long-run considerations.”

Ironically, President Ronald Reagan, who had pronounced strong anti-communist views as a candidate, became a major supporter of U.S.-China relations. Speaking to an audience in Beijing in 1984, Reagan asserted that his decision to relax export controls from America to China reflected his determination that “China be treated as a friendly non-allied nation and that the United States be fully prepared to cooperate in [China’s] modernization.”

This pro-engagement posture would continue in the George H.W. Bush administration, which also witnessed the Tiananmen Square massacre, an incident that reduced China’s appeal in the eyes of the world and called into question the value of engagement by the United States and other Western countries. That event occurred almost simultaneously with the waning of the Cold War.

Without the Soviet Union providing an exogenous threat, the United States and China found that their security relationship began to drift. Moreover, bifurcation occurred when divergent momentum took place in the economic and security spheres. As economic and trade relations grew more robust, security and military ties became more fraught. Thus, America and China entered their third phase, which could be appropriately described as the economic and military bifurcation phase (1990-2011).

Despite the growing asymmetry in trade (China exported far more to the United States compared to what America exported to China), Washington maintained China’s Most Favored Nation (MFN) status because of the prevailing view that open trade would ultimately encourage liberalization in China. However, many incidents in the 1990s—including U.S. accusations of Chinese proliferation and espionage—reinforced the idea on both sides that the America and China were engaged in a quiet but persistent military competition.

The 1995-96 Taiwan missile crisis brought these tensions out into the open. China’s attempts to use missile tests as a way of coercing Taiwan were met with an American naval response. Three years later tensions erupted again when the United States bombed the Chinese Embassy in Belgrade. Although Washington claimed the bombing was an accident, many in Beijing doubted this explanation.

Later in 2000, candidate George W. Bush characterized China as a “strategic competitor” and in the subsequent year, a Chinese fighter jet collided with a U.S. surveillance aircraft operating in the South China Sea, forcing it to land in Hainan. This created the first serious international crisis for the second Bush Administration.

Simultaneously, as these incidents were occurring, the parallel universe between the business and security spheres became even starker as U.S. and Chinese businesses continued to invest in both countries. Their security relations deteriorated while economic relations became more robust.

The September 11, 2001 attacks in Washington and New York—and the subsequent “war on terrorism”—provided a respite from deteriorating security relations. For instance, China attempted to position itself as a supporter of America’s counter-terrorism drive.

When power transitioned from President Bush to President Barack Obama, the latter sought to re-set U.S.-China relations by promoting cooperation on global issues. What American officials did not fully appreciate at the time, however, was the Chinese view that the 2008-09 economic crisis, with its American origins, represented a turning point in U.S. power. Perceiving that America was in structural decline, China began to act more aggressively, particularly in the South China Sea.

Ultimately, the Obama Administration reversed course, signified by President Obama’s speech in Canberra, Australia in 2011, and adopted a more assertive approach toward China. This strategic reversal was formalized by the 2012 Defense Strategic Guidance, which ushered in the fourth (and current) phase of the U.S.-China relationship, which might be best characterized as the confrontation phase.

When the Obama Administration implemented its “rebalance” (pivot) strategy, it sought to assuage fears that this was a neo-containment policy directed against China. Both National Security Advisor Thomas Donilon and Secretary of Defense Chuck Hagel, among others, argued in 2013 that the rebalance did not imply “containing China;” on the contrary, the United States was “committed to pursuing a positive and constructive relationship with China.” In China, however, many strategic analysts and political leaders never accepted this explanation and always believed that the rebalance was about encircling or containing China.

When President Donald Trump assumed power, he made sure that he and his administration would never utter the “rebalance” or “pivot” phrases associated with his predecessor, but he maintained the essence of the Obama strategy nevertheless. One powerful indicator of this was Vice President Mike Pence’s speech in Japan, delivered in April 2017, in which he stated “the United States will strengthen its presence in the Asia Pacific” [and] “the United States will continue to deploy more of our most advanced military assets to the region in the years ahead.”

From the perspective of historical phases, one can deduce three key conclusions: First, the United States has “engaged” with China for decades, often in hopes of stimulating transformative effects that would lead to liberalization and, perhaps, even a loosening of the Chinese Communist Party’s (CCP) grip on Chinese society. Unfortunately, the CCP’s monopoly on power is as strong as ever, which has led some in America to argue for disengagement.

However, this would be a mistake. Engagement on multiple levels, despite its flaws or limitations, still has value concerning promoting awareness and understanding between the two countries. Engagement is certainly no panacea, but it can help in dispelling fear and paranoia, which can lead to irrational or ill-advised policy choices.

Second, although it is unlikely, there is a chance that the United States and China could find themselves faced with a full-fledged war, perhaps even a nuclear war. The conventional wisdom among many U.S. and Chinese political elites tends to downplay or minimize the possibility of war. But imagine if a maritime incident—such as the near collision of the USS Decatur with a Chinese naval vessel in September—had ended differently, perhaps with the substantial loss of American lives followed by retaliation against a Chinese naval ship.

In other words, unexpected tactical events may drive strategic scenarios. Some believe that as the military asymmetry between the two countries lessens, the chances for such a scenario will increase over time. This is why both countries should implement and strengthen protocols to limit the chance of inadvertent military conflict resulting from a tactical incident and any ensuing escalation.

Third and perhaps most important, the United States and China are two of the world’s primary global pillars of stability and prosperity. It is a bilateral relationship without parallel. None of the great challenges of this age—nuclear proliferation, climate change, pandemic disease, and terrorism—will be managed or solved without the active involvement of both countries.

As recent trends indicate, the fourth phase of the U.S.-China relationship will likely be the most difficult. As confrontation over various issues grows, tensions will arise in surprising and sometimes shocking ways. This does not necessarily mean total disaster as long as both sides acknowledge the reality of the danger and exhibit a willingness to engage in active diplomacy and occasional compromise. The path ahead will not be easy, but the fate of world peace and global prosperity depends on constructive U.S.-China relations.