What Happens to Greece (and the Eurozone) If Syriza Wins? 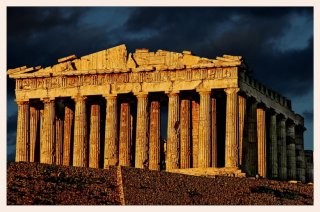 Once again, Greece is in the spotlight as the country heads to the polls on January 25. In part, this election will rehash the same debates as the last ones in 2012—austerity, debt, unemployment, the euro, growth. Just like last time, expect populism, nationalism, grandstanding and fear mongering. Yet the world has also changed since 2012, and these elections can push Greece, and the Eurozone, into uncharted territory if the leftist coalition of SYRIZA wins and forms a new government. These could be the most consequential elections yet in the Eurozone, especially at a time when the European Central Bank (ECB) is preparing for a new round of quantitative easing.

A lot can happen in a few weeks, but right now, SYRIZA is the front-runner, leading in the polls over New Democracy (ND), the center-right party that heads the current coalition. Of course, the margin between them is small and has shrunk recently. Moreover, the electoral roster will change as parties merge or new ones are formed, making a tight race even harder to predict. Nor would a SYRIZA win mean a SYRIZA government—in 2012, the country held two elections within six weeks when the first vote failed to produce a majority. Even after the second vote, it took a three-party coalition to get the requisite majority to form a new government (the third party left the coalition a year later). In other words, just because Greece will hold elections in late January, does not mean it will have a newly elected government in February.

The election is billed as a vote over austerity, or, as Greeks put it, the “memorandum,” which governs the relationship between the country and its creditors—the European Commission, the ECB and the International Monetary Fund (IMF), referred to as the “troika.” In practice, however, there is no debate about the memorandum. Everyone agrees that the country should “exit” the program, and it was the current government that expedited its termination by a year (“exit” is a relative term, of course, since Greece is currently scheduled to repay fully its debts to the troika in the mid 2050s). Similarly, everyone agrees that Greece’s public debt should be renegotiated.

This consensus, of course, is superficial and convenient in a country that refuses to engage in an honest debate of what went wrong. The consensus hides deep ideological differences not just between parties, but also within them. SYRIZA is a statist, anti-capitalism party whose 2012 program stated that, “individual capitalist initiative and profit-seeking are inhumane and an ineffective basis for social organization.” But its base includes much of the youth, the traditional socialist left, as well as many ex–Communist Party voters. ND, by contrast, combines free-market reformers with traditional conservatives and nationalists, as well as many populists, who, given the chance, would revert to the good old days of spending at will to gather votes.

The push to “exit” the memorandum, therefore, reflects an inertial reversion to the status quo ante, even though it is not put in those terms (SYRIZA is an anti-establishment party, but its dirigisme is exactly what Greece practiced for decades.). The goal is to release the country from the budgetary and supervisory constraints that the foreign creditors have imposed on it since 2010—in large part so that the system could go back to operating the way it did before the crisis. The question for this election is whether this change will be orderly or not.

ND wants to close the bailout program and return to market borrowing as soon as possible, aided by a credit line with the IMF in case markets get jittery. SYRIZA wants a debt restructuring and additional funds without conditions, and is willing to push to the limit to get its way. Its approach is akin to wearing a bomb vest and hoping that the other side blinks first. Of course, SYRIZA is attuned to the times—call it “quantitative easing” or call it the ECB saying it will do “whatever it takes” to save the Eurozone. In essence, SYRIZA wants in: for the troika to write off much of Greece’s existing debt and for the ECB to underwrite any new debt.

The problem is that Greece has a much weaker hand than either Italy or Spain had when the ECB bailed them out by purchasing their debt. For one, much of Greece’s public debt has been socialized, and the troika now owns 80 percent of it. Moreover, about 60 percent of the total debt—that held by the Europeans excluding the ECB—has neither interest, nor principal payable before 2020, meaning that a “default” on that debt means nothing. A default would only hurt the IMF, the ECB and a small number of investors, many of them Greek, who purchased short-term (13- or 26-week T-bills) or medium-term debt (three to five years). In other words, a Greek default would trigger only a small explosion—in a sealed-off space and with many onlookers thinking that Greece “got what it deserved” after years of tinkering with the trigger.

The danger for the Eurozone is not a default, but a prolonged standoff with a government that refuses to either play by the rules or capitulate. Can Greece be kicked out of the Eurozone? What if Greece refuses to abandon the euro and launch a new currency? For how long can the Greek government make payments on vital expenditures before running out of euros (physically or virtually)? What restrictions—on having money physically in their pockets—would the Greek people tolerate in support of a harder line against the troika? Can the ECB do another round of quantitative easing that excludes Greece, and will the ECB cut funding for Greek banks? If the ECB does purchase Greek bonds to finance an expansion in spending, how will this not lead to rampant inflation? Who decides how much is enough? And how will public opinion play out, and with what long-term consequences for a region that wants a political union?

In over four years, the Eurozone has been spared from having to answer such questions—every crisis has been resolved either by the country seeking a bailout (Greece, Portugal, Ireland, Cyprus) or through an ECB bond-purchase program (Spain and Italy). A SYRIZA-led government in Greece might well make a U-turn just like the current prime minister did when he came to power. But occasionally, leaders refuse to make U-turns. This is not a battle for Greece, but for the Eurozone—what kind of union it will be and with what boundaries. Athens could well trigger another crisis, but one whose outcome no one can predict and that no one might actually like.

Nikos Tsafos is a founding partner at enalytica, where he advises leadership teams across the world on energy markets, project development and strategy. He is also the author of Beyond Debt: The Greek Crisis in Context.