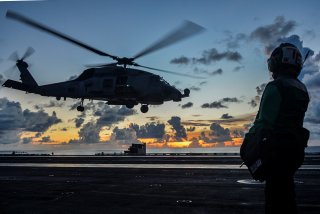 THE TRIFECTA of the worst pandemic in a century, the worst economic crisis since the 1930s, and civil unrest not seen since the 1960s are inspiring predictions of the diminution of American power and an accelerated fin de siècle breakdown of the post-Cold War order. This predicament has given rise to a panoply of essays and reports, a series of them in the July/August issue of Foreign Affairs alone, debating “The World After the Pandemic,” with variations on how the United States must, phoenix-like, shape a new order. One recent example that is emblematic of the Washington foreign policy mainstream emanates from the Council on Foreign Relations. It is entitled The End of World Order and American Foreign Policy, by Robert Blackwill and Thomas Wright.

While it articulately sketches the damage wrought by COVID-19, a collapsed economy, and the challenges ahead, like many of its predecessors, it rests on some dubious assumptions. It also appears to substantially discount both the role of the United States as a causal factor—not least, the cost of Donald Trump’s systematic efforts to undo the multilateral system—and the degree of difficulty of repairing a broken U.S. political system that is an impediment to restoring U.S. stature. Similarly underestimated are the costs to the moral authority and legitimacy of U.S. leadership resulting from U.S. political tribalism and behavior in the world this century, qualitatively worsened by the wrecking ball of the current president. Moreover, their recommendations often consist of well-trodden bromides that fail to acknowledge the difficult reforms required to achieve them.

Chief among the flawed assumptions is their belief that perpetual U.S. primacy is both desirable and possible, the “indispensable nation”—a cliché well past its sell-by date that ex-diplomat Nicholas Burns repeated in a recent Harvard Magazine essay. This is a core assumption to most grand strategy plans. They grossly underestimate the degree to which U.S. stature has diminished, while at the same time overestimating U.S. leverage and, crucially, domestic support for it. It is a testament to American leadership in the post-World War II period that so many countries were able to rise, with China chief among them. This redistribution of power is one of the dilemmas of the success of the post-World War II system the United States engineered. There is no denying the shift in wealth and power from West to East, of which U.S.-driven globalization was one of the principal motors. But with developing states comprising a half or more of global gdp—and a large and growing portion of their trade and investment with China and each other—can we really expect that they would fall in line with the United States continuing to run the world forever? After all, Chinese, Russian, Indian, Iranian, and other civilizations predate the United States by several millennia. Samuel Huntington may have been wrong on many counts, particularly in asserting the inevitability of the clash of civilizations, but was right in noting that other nations are apt to think they are superior and wouldn’t want to defer to America forever.

Moreover, the United States hasn’t helped itself in the past two decades by mismanaging the global system, championing regime change and democracy promotion programs that have resulted in failure, and seeding more instability than countering it. The ever-lengthening conflicts in Iraq and Afghanistan should have been a wake-up call. But no—the United States and its allies destabilized Libya under the rubric of “humanitarian intervention” and then walked away.

THE PROBLEM with failure is that it seeds the ambitions of others. Simultaneous with the foreign policy failures, the United States all-but brought the global system down in the 2008 financial crisis. At that point, China began to be convinced that the United States was in decline. U.S. incompetence in response to the COVID-19 pandemic has reinforced perceptions of decline. While we like to forget, if not forgive ourselves, for our blunders, others are not as charitable. Credibility is a terrible thing to lose.

Domestically, the American public finds the costs of U.S. hegemony too high and the benefits too small. That is one of the lessons of the Trump phenomenon. Written before the eruption of protests inside America, the Blackwill and Wright strategy fails to fathom the magnitude of the problems at home. It understates the depth of U.S. dysfunction this century, its broken political system and the public’s sense of distrust—including of modern medical science—and the difficulty in fixing it. No hegemonic power can effectively run the world while ignoring long-festering domestic schisms and calls for reform. The post-Second World War G.I. bill—which rebuilt the middle class with its low-cost mortgages, low-interest loans to start a business or farm, and tuition payments—was a prerequisite to Truman’s success in convincing the American public to reengage in a global fight against Communism. Finding a scapegoat in China for America’s problems at home and even tariffs against Chinese imports are not a long-term solution for the U.S. middle class.

Only by dealing directly with the problems of the middle class—slipping educational achievement by its sons and daughters and the lack of well-paying jobs—will we have a chance to rebuild our credibility and standing. The challenge is defining a new social contract. Any proposed strategy must suggest a way out of this predicament, not simply say it should happen, as Blackwill and Wright assert. This sort of facile assertion is similarly an attribute of other prescriptive treatises of this genre.

The good news is that we have an opportunity. COVID-19 has almost been as bad as the Great Depression in turning 20 percent or more out of work. Populism, resulting in Trump’s 2016 election, was built on the anger and resentment of former workers in the manufacturing sector seeing their jobs disappear. Even if COVID-19 doesn’t make many salaried workers redundant, automation and AI may soon eliminate or disrupt the job market for much of the workforce. This is a problem facing workers from the factory floor to the professions everywhere. If the United States could be a leader in reforming its social protections, upping educational achievements, and instituting lifelong training opportunities, then maybe it could be a model for helping other countries to adapt to the modern super-charged technological age.

Then there is the issue of diversity. Anti-immigration sentiment and racism are on the upsurge. America used to welcome immigrants, providing the country with a huge demographic and economic advantage. We made great strides in the 1960s on civil rights and allowing non-whites to find a home in America. The United States does have an opportunity to show the world how to tackle this major issue tearing at the social fabric in most advanced economies. It is a mistake to underestimate U.S. resilience. The protracted national protests this summer, sparked by the police killing of George Floyd, and polls indicating substantial shifts in views on racial injustice, may be a glimmer of such resilience ahead. But it’s way overdue to think about the domestic and foreign policies as two sides of the same coin. The more we can turn ourselves back into a model for others, showing how deep-seated problems can be tackled, the better able we will be to re-attract followers.

Unfortunately, COVID-19 has had the opposite effect. The U.S. response, viewed as pitiable incompetence, also looks miserly towards others in the developing world, granting China fertile ground to expand its influence. The Trump administration has made it clear that Americans come first in line for any vaccine—even if the United States must commandeer suppliers from foreign producers. If China leapfrogs ahead in this zero-sum competition for vaccine development, where would that leave the United States?

If we revert to becoming the shining example for others, then we have a chance of recovering our leadership, though not as the unipolar power. Moreover, we can show to the world and ourselves that democracy works. More true democracies elsewhere would be good for our interests. But we should not delude ourselves into thinking, as have the authors of the strategy paper and numerous other prescriptive essays, that an alliance of democracies will do the trick, ending the need to deal with others who don’t share our values. Just as we must find a modus vivendi for dealing peaceably with diversity at home, so it is the same for devising a winning foreign policy. The current downward spiral of mutual vilification and all-out confrontation in U.S.-China relations seems to preclude diplomatic efforts to find such an equilibrium. Stable coexistence shouldn’t require China to embrace Western values. We need to define the terms of competition and set redlines so that competition does not turn into conflict. Right now, we don’t even have the same brakes against head-on confrontation that were put in place with the Soviets after the Cuban Missile Crisis.

BLACKWILL AND Wright are right to revisit the writings of Henry Kissinger. But they seem to idealize what constitutes world order and hence conclude, perhaps accurately, that constructing one may not be possible. They cite Kissinger in A World Restored as explaining that order and stability result not from a desire to pursue peace or justice, but from a “generally accepted legitimacy” and are “based on an equilibrium of forces.” That is to say, the acceptance of a common framework of agreed rules and understandings among the major powers—including adversaries and rivals—of permissible behavior and a balance of power that enforces them.