What History Tells about the Trump-Kim Summit in Hanoi 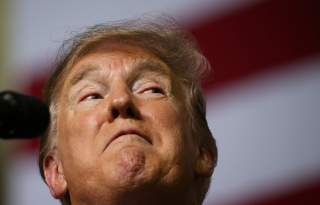 On February 27, 2019, President Donald Trump and North Korean leader Kim Jong-un will hold their second summit in Hanoi. Their meeting represents the best chance in over two decades to resolve outstanding issues between North Korea and the United States. Historically speaking, there are real differences from past negotiations, which could lead to a positive outcome. But even as Trump seems open to seizing the moment, his personal role also increases the likelihood that America will witness yet another failure.

Past negotiations have been plagued by slow implementation, often caused by leadership turnover in Washington, Seoul, and Pyongyang, and by U.S. congressional opposition. If Trump can ensure a deal that gets enacted quickly, then there is hope: Kim Jong-un is young and not going anywhere, and South Korean president Moon Jae-in supports better relations and is early in his term. But Trump’s openly antagonistic relationship with Congress, and his habit of pushing the ethical and legal envelope (of which the current border “emergency” is only the latest example), will probably torpedo any agreement he signs with Kim Jong-un. A quick historical overview of U.S.-North Korean talks helps illustrate that point.

In 1994, North Korea prepared to remove fuel rods from plutonium reactor with five to six nuclear-bombs-worth of plutonium. On June 15, 1994, as President Bill Clinton was discussing options, including a surgical strike against North Korea, Jimmy Carter called from Pyongyang and said he had negotiated an outline of a deal with Kim Il-sung, if Clinton was willing to listen. Later that year, the United States and North Korea signed the Agreed Framework. But that framework fell apart for two reasons. First, Kim Il-sung, the founding father of North Korea, died in July 1994 before the deal was finalized. His death led to the widespread belief that North Korea was on the brink of collapse, increasing incentives to delay the terms of the agreement. Moreover, the Republican-controlled Congress refused to fund the deal, which led to further delays. The ailing framework was eventually salvaged, culminating in Secretary of State Madeleine Albright’s visit to Pyongyang to meet with Kim Il-sung’s successor, Kim Jong-il. However, only three months later, George W. Bush came into office saying that his administration wouldn’t implement the deal.

In the Bush administration’s eyes, the North’s secret uranium enrichment program had nullified the Agreed Framework. Putting North Korea on the infamous Axis of Evil, Bush pulled the United States out of the deal. North Korea responded by pulling out of the Non-Proliferation Treaty. The Bush team eventually implemented the Six-Party Talks, hoping that a multilateral format would isolate Pyongyang and force the North Koreans to denuclearize. In practice, however, it was the United States that found itself isolated: China and Russia had no intention of pressuring North Korea, and South Korea had just elected Roh Moo-hyun, who intended to continue developing cordial relations with Pyongyang under his predecessor Kim Dae-jung’s Sunshine Policy. Progress in the Six-Party Talks foundered when North Korea again began testing ballistic missiles and, on October 9, 2006, detonated its first atomic bomb. Christopher Hill, the intrepid U.S. six-party envoy, was able to resurrect an agreement after tortuous negotiations. But again, Congress balked and only funded part of it. In September 2008, after North Korea kicked out IAEA inspectors, Hill made an emergency trip and got the deal back on track by taking North Korea off the state sponsors of terrorism list.

But it was already too late: the Obama administration came in very skeptical of the agreement, and South Korea elected Lee Myung-bak, a hardliner who overturned the Sunshine policy. Complicating matters, North Korean leader Kim Jong-il had a stroke in August 2008, which (in a replay of the 1990s) led to further speculation that North Korea could collapse. Rumors of North Korea’s demise persisted as Kim survived for three more years before his death in December 2011. But not before the Obama administration negotiated its own agreement on Leap Day 2012, which was signed by the successor to the throne, Kim Jong-un. Once again, however, succession put the deal on shaky ground: analysts again predicted regime failure. Kim Jong-un’s need to consolidate power also increased his incentives for the types of showy displays certain to rile leaders in Seoul, Tokyo, and Washington. Barely a month after the Leap Day agreement, North Korea tried and failed to shoot a satellite into space, followed by a successful launch in December 2012. The United States said these violated a moratorium on ballistic missile testing and responded with more sanctions. North Korea’s second nuclear test followed in February 2013. A fourth occurred in January 2016.

The North Koreans tested a hydrogen bomb on September 3, 2017. The Trump administration had come into office with a completely different style of diplomacy, which soon devolved into saber-rattling and name calling. But, in part through the mediation of newly elected South Korean president Moon Jae-in, Trump and Kim eventually began a surprisingly cordial correspondence that bloomed into an outright “bromance” at their June 2018 summit in Singapore. What are the prospects that all this goodwill can lead to a breakthrough in Hanoi next week?

The process over the past twenty-five years has been plagued by leadership changes at crucial moments in North Korea, the United States, and South Korea, which has led to delays and abrupt policy changes. This time, some aspects truly are different: Trump seems unbound by establishment thinking in Washington and could strike a deal that runs counter even to his hawkish national security advisor, John Bolton. He seems open to normalizing relations as a precondition to denuclearization rather than the other way around. He has expressed interest in promoting economic investment, which would require the United States to waive human-rights-triggered sanctions. Trump’s envoy, Stephen Biegun, has also provided security assurances that the United States does not seek regime change. Seoul and Washington are on the same page again about seeking better relations with Pyongyang. Finally, and crucially, it is clear that Kim Jong-un is not going anywhere, providing little incentive to wait for North Korea to implode.

Unfortunately, however, Trump will probably be his own undoing. As in the past, there is a very good chance Congress would not go along with any peace deal. Enough Republicans remain hawkish and Democrats don’t want to hand the president a victory. Even more important, Trump’s domestic troubles, including the Russia investigation, ethics scandals, and now the “emergency” declaration have made it increasingly likely that Trump will lose the 2020 presidential election, or even be removed from office, which would, as it has with the past four U.S. administrations, start the negotiating process all over again.

At Hanoi, we can therefore expect at least some progress toward a deal that includes normalizing relations and steps toward denuclearization. It might even be radical, on paper. But the chances of implementation will be almost zero.

Paul Behringer is an Ernest May Fellow in History and Policy at Harvard Kennedy School’s Belfer Center for Science and International Affairs.