What If America Backs Out of the Iran Deal? 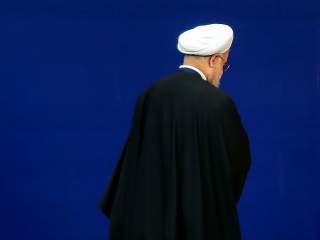 The Joint Comprehensive Plan of Action, colloquially known in Washington as the Iran deal, was a monumental coup for American and global diplomacy. Years of negotiations involving seven countries with competing interests somehow succeeded in blocking the paths to an Iranian nuclear bomb, while simultaneously dismantling a draconian sanctions regime. War was averted and commerce took the place of blockades. Up until the present, the world has seemed rather pleased with this trade-off. Europeans and Asians have parachuted into Tehran en masse, signing contracts to build airports, automobile factories and high-speed rail. The United States, after decades of blocking Wall Street from doing serious business with Iran, is poised to allow Boeing and GE to cash in on multibillion-dollar contracts. Even the Israelis, erstwhile foes of the Iran deal, seem resigned to the fact that the agreement has lessened the threat of a nuclear-armed Iran.

Despite global optimism and a palpable sense of worldwide relief, the Iran deal is being challenged relentlessly in an American presidential election where diplomatic pragmatism is not known to be a vote getter. Republicans lambaste the deal as a foolhardy pact with an untrustworthy foe, complete with harsh rhetoric of “tearing up” the deal and fantastical vows to “renegotiate” the pact should they take the White House. Democrats, although keen to defend Obama’s legacy, seem to express their praise of the deal quietly, with enough room to quickly jettison support in the face of political expediency. As the Iran deal becomes a political football, its layered nuance and inherent compromises will likely become the target of opportunistic soundbites and cynical distortions. Amid such fluidity in America’s view of the Iran deal, it is worthwhile to examine whether a future American president can scuttle the agreement, how she or he could take action against it, and what the global repercussions of such an action would be.

As the Iran deal was being negotiated, many in Tehran fretted that it was not garnering bipartisan support in Washington. This led Foreign Minister Javad Zarif to declare that no future U.S. president would be so irresponsible to destroy American credibility and walk away from a multilateral agreement that Iran has not violated. Implicit in Zarif’s argument is the fact that a future U.S. president can, in fact, take actions that could destroy the Iran deal. Despite Republican bluster about a dramatic withdrawal from the deal, however, the more likely strategy for a future antideal White House would be to use nonnuclear disagreements to trigger U.S. action, designed to compel Iran not to live up to its nuclear commitments.

In Tehran’s view, such a trigger would be any American act that would prevent Iran from benefiting from the deal’s promised sanctions relief, thereby denying Iran any reason to comply with its own commitments. The wording of the nuclear deal itself, committing the U.S. to “make best efforts in good faith to sustain this [deal] and to prevent interference with the realization of the full benefit by Iran,” gives Tehran significant leverage to prevent future multilateral or secondary U.S. sanctions. The current missile and dollar disputes between the United States and Iran are vivid examples of the constraints that the deal places on the Obama administration. The type of American sanctions that can be levied on Iran because of its missile activities are limited in scope, because Iran’s missile activities are not violations of the Iran deal. Thus, any new missile sanctions must carefully avoid blocking the benefits that Iran gained under the nuclear deal.

Furthermore, despite American reluctance, the Obama administration seems set to loosen restrictions on Iran’s use of dollars in international transactions in order to live up to its commitment not to block promised sanctions relief. A future, antideal White House can easily use Iranian acts such as missile tests, threats against Israel or a host of other disputes to interfere with sanctions relief granted to Iran under the deal. The easiest and quickest avenues to do so would be to again curtail Iran’s use of the dollar in international transactions or to reimpose harsh unilateral sanctions that would overlap with the nuclear deal’s sanctions relief. Such actions would prompt Iran to renege on its own commitments under the nuclear deal, presumably leading to a collapse of the agreement.

Such a strategy could, however, easily lead an antideal administration to make horribly faulty calculations, ultimately harming the national interests of the United States in unpredictable ways. The standard belief amongst many in Washington is that a canceled nuclear deal would lead Iran to race toward the bomb, prompting the United States or Israel to attack Iran’s nuclear infrastructure. This scenario is largely dependent on a caricature of Iran, especially popular with those who oppose the nuclear deal, as an irrational actor—a sort of suicidal government. The reality of the Islamic establishment is that it is first and foremost concerned with self-preservation at all costs. Secondly, the Rouhani administration has largely succeeded in convincing the establishment that its survival depends on rapid economic development and foreign investment. Iran is also keenly aware that it lacks the ability to defend its nuclear sites against a determined aerial assault, and fears the socioeconomic impact of such an attack. Walking away from the deal and making a futile attempt to “break out” toward the bomb is not an viable option for Iran’s establishment.

An antideal White House’s attempts to bait Iran into noncompliance may backfire dramatically on the United States. Europe, likely unwilling to destroy lucrative business relations with Iran in the absence of a real Iranian violation of the nuclear deal, would stick to the accord in the absence of the United States. China and Russia, making most of the isolation of the American position, would help Iran neutralize any new unilateral actions taken by the United States. Iran, playing the victim card, could easily accuse the United States of noncompliance with an international agreement, urge the rest of the P5+1 to keep to the deal for the sake of peace and continue its commitments under the deal. Iran would largely continue to enjoy the fruits of the agreement, all while destroying an international consensus that was once able to sanction Iran, and painting the United States as defying the international community.

The long-term impact of a continuing Iran deal, without the United States, would be catastrophic for American interests worldwide. Inside Iran, the Rouhani administration is filled with U.S.-educated technocrats who have spent their careers chipping away at the establishment’s deep mistrust of the United States. An American president purposely sabotaging the Iran deal would set back Iranian proponents of détente with the United States for generations. Such a repudiation by the United States would likely lead to a much more aggressive Iranian posture against American interests throughout the Middle East. Iran’s occasional and sometimes crucial cooperation with the United States in Iraq and Afghanistan would end, making it harder to defeat or control dangerous militants. The Iranian middle class, comprised of millions who strongly pushed their government to accept the nuclear deal, will be left out in the cold and vulnerable to the entreaties of anti-American conservatives.

Even more ominously for U.S. interests, a new American president seen as sabotaging the Iran deal would result in major damage being inflicted upon the credibility of the nation’s diplomatic apparatus. Relations with Europe would be harmed if the United States reneges on its decision not to interfere with EU-Iran trade. Involved in huge projects worth billions of dollars in Iran, Europe may very well collectively decide to ignore U.S. pressures and extraterritorial sanctions, just as it did during the Clinton administration. Robbed of an international consensus against Iran, American calls for a new, aggressive posture against Iran would likely be futile, as it would risk Iran resuming its suspect activities. Past international agreements made with the United States would be called into question worldwide, out of fear of American backtracking. Future U.S. negotiating positions in trade talks, arms control agreements, multilateral summits and international organizations would be considerably weakened by a refusal to grant concessions to an American president, when a successor could easily overrule any progress.

There is a perception amongst detractors in the United States that the Iran deal is a creation of the Obama presidency. The fact is that it is a culmination of negotiations that spanned two American presidencies from two different parties, it has and will continue to heavily influence Iranian politics, and it affects political, social, economic and diplomatic issues on a global scale. Its intent was to prevent Iran from getting a nuclear bomb, but it has become about much more than Iranian nukes. The deal is a test case for high-stakes multilateral diplomacy designed to avoid war, for the efficacy of talking to historic enemies, for putting economic interests ahead of military rivalries and for the ability of the United States to maintain its leadership in the world. Any attempt to abrogate the deal by a future American president, assuming continued Iranian compliance, will have ramifications far beyond Iran’s nuclear file. The next president will quickly find out that none of these ramifications are good for the United States.