What If Russia Invades Ukraine? 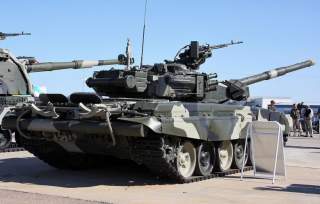 Despite the election of Petro Poroshenko as Ukraine’s president, the withdrawal of some Russian forces from Ukraine's border and efforts to move diplomacy along, the specter of a Kremlin military incursion remains as does the West’s befuddlement about what to do should an attack occur. In thinking through the problem, American decision makers would do well to examine how past presidents dealt with Moscow’s direct and proxy interventions during the Cold War and beyond.

History reveals four patterns. At one end, the United States relied on massive force in Korea and Vietnam. In response to Soviet suppression of revolts in East Germany (1953), Hungary (1956), and Czechoslovakia (1968), policy stopped at gawking and pouting. In Afghanistan (1979-89), Washington took a middle position joining economic and other sanctions with more significant military material assistance to resisters, while in Georgia (2008), it relied largely on diplomacy.

Could any of these strategies be the recipe for Ukraine today? For the moment, the Georgia track may hold the best course, reserving the Afghan template, should Moscow invade Ukraine. The remaining options—insertion of large numbers of Western forces, raising risks of a broader European war, while the East German, Hungarian and Czech option—turn a blind eye—would promise an easy out for the West, but would encourage Russia to look further afield to bring additional former Soviet states, populations and others into the fold. A look back at history explains.

For Harry Truman and Lyndon Johnson, the large commitment of American forces to Korea and Vietnam came from fear of the slippery slope, a Munich redux as the Cold War heated up. The lesson is—never again. As Harry Truman explained in his memoir: “I felt certain that if South Korea was allowed to fall, Communist leaders would be emboldened to override nations closer to our own shores.” Failure to respond could be the “start of a chain of events leading most probably to world war.” Echoing him, Johnson said of Vietnam, “If we ran out of Southeast Asia, it could be trouble ahead in every part of the globe—not just in Asia but in the Middle East and in Europe, Africa and in Latin America. I was convinced that our retreat from this challenge would open the path to World War III.” The result, the United States fought multiyear wars with too much sacrifice in blood and treasure with little to show for U.S. security in the end.

Circumstance would prompt Dwight Eisenhower and Lyndon Johnson to see things differently in Eastern Europe. The Eisenhower administration put itself in an early bind calling for “rollback” and “liberation” of the region from Soviet domination. But soon after entering office, hubris faced reality, leaving Washington with little but humanitarian aid to offer East Berliners when they revolted in 1953.

On the eve of the Hungarian revolution, the muddle of administration policy was reflected in the key July 18, 1956 National Security Council policy statement. On the one hand, the guidance conceded that “incitements to violence” in the East could result in a “net loss” to U.S. “objectives” due to reprisals. On the other hand, it declared U.S. policy should “not discourage” “spontaneous manifestations of discontent and opposition.” It called for assisting “nationalists in any form where conducive to independence from Soviet domination.” Then came Hungary and, again, reality. Reflecting on why he decided to stand down after publically “deploring” the intervention, Eisenhower conceded, “Sending United States troops alone into Hungary through hostile or neutral territory would have involved us in general war.” Twelve years later as Soviet forces entered Prague, Lyndon Johnson concurred.

December 1979 Afghanistan, the brink of a new decade, saw another Kremlin military challenge with a twist—Moscow’s sole large-scale, Cold War military plunge into a non–Warsaw Pact state. For President Jimmy Carter, the occupation became “the most serious threat to world peace since World War II.” The fear was that Afghanistan would become the launch pad for Moscow to control the globe’s Persian Gulf oil spigot.

Given the stakes, gawking and pouting were taken off the table. Instead, Washington response was to implement sanctions—the boycott of the Olympics and the halt of a large grain sale to Moscow. More significant but hidden from view, Carter and then Reagan took a leaf from the Soviet playbook to green-light the infiltration of critical antiarmor and aircraft weapons to Afghan resisters from neighboring Pakistan. The result turned the tide.

Policy toward Russia’s 2008 Georgia invasion was quite another matter. Diplomacy substituted for guns. In her memoir, Condoleezza Rice described the National Security Council decision-making:

“The session was a bit unruly, with a fair amount of chest beating about the Russians. At one point Steve Hadley [the National Security Advisor] intervened, something he rarely did. There was all kind of loose talk about what threats the United States might make, ‘I want to ask question,’ he said…. ‘Are we prepared to go to war with Russia over Georgia?’ That quieted the room, and we settled into a more productive conversation of what we could do.”

The result, with Washington’s blessing, was that the French negotiated an agreement that sacrificed Abkhazia and South Ossetia to Russian control for the withdrawal of troops from the remainder of Georgia.

This history demonstrates that there is no cookie-cutter solution to combat Moscow’s interventions. But there are lessons. The key lesson from Afghanistan and Vietnam is that highly motivated local resisters, undeterred by large casualties and armed with significant battlefield weapons, can take on and even defeat formidable foreign interveners. For the West today, this means that weapons transported across NATO’s eastern frontier could do the same in Ukraine, should Moscow invade, assuming the Ukrainian people are prepared to resist. (Crimea raises questions.)

What about gawk and pout? The policy certainly kept the United States out of Eastern Europe’s turmoil and it could do so again in Ukraine. But in today’s twenty-four-hour news cycle, would it be plausible, despite the counterexample of Syria, for the West to sit and watch Russian tanks roll over the country without applying the Afghan option?

Fortunately, at this juncture, the Georgia track does not require the West to answer this question. If applied to Ukraine, the alternative would require Kiev, along with the West, to concede what neither can change: Crimea—like South Ossetia and Abkhazia—would have to remain with Moscow. The quid pro quo would be the exit of all Russian provocateurs and security forces from the rest of Ukraine, coupled with a commitment not to meddle further.

Naïveté? Appeasement? Encouragement to a serial, extorting Kremlin, irredentist to continue salami slicing and possibly more? Or is the Georgia option simple prudence given the risks, rewards and facts on the ground in Crimea?

Whatever happens in Ukraine in the future, events have already prompted the West to rethink planning to address Mr. Putin's temptation to push the envelop. President Obama’s recent European Reassurance Initiative to bolster training and support of NATO's eastern flank members while pre-positioning equipment and rotating U.S.-based forces in and out of the region marks a start, but it would be more impressive were it to include the commitment of many other capable alliance partners to materially increase their ground presence in the region. The result should leave no doubt in Moscow's mind—if you tramp on any NATO member, you will suffer an assured, meaningful military response.

Bennett Ramberg (Ph.D., Johns Hopkins-SAIS, J.D., UCLA) served as a policy analyst in the Bureau of Politico-Military Affairs in the George H.W. Administration. The author of three books on international politics and editor of three others Ramberg has published in over a dozen professional journals and magazines including Foreign Affairs, The New Republic, Bulletin of the Atomic Scientists, etc. Ramberg's op-eds have appeared in most major newspapers—New York Times, Wall Street Journal, Los Angeles Times) and well as most public policy/foreign policy websites, Reuters, Foreign Policy, Politico and many others.