What Iranians Think about the Nuclear Deal 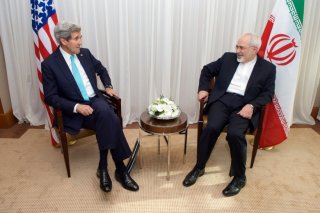 During my recent two-weeks in Iran, I spoke about the Joint Comprehensive Plan of Action (JCPOA) with many Iranians including working people, students, professors, business owners, professionals, public employees and community leaders in cities, small towns and villages. As expected, I heard diverse opinions and was asked questions reflecting a multiplicity of concerns that are not often raised in the public domain given the official ban. At the risk of simplifying the rich and complex observations, here is my bottom-line take on what Iranians think about the nuclear deal, its implementation and its impact.

First, most Iranians seem to believe that the deal will be approved by the U.S. Congress and that the hype over the Congressional vote reflects both a good cop/bad cop game and a political struggle between Republicans and Democrats in an election year. Indeed, a majority expressed the opinion that the deal hurts Iran’s national interest because its strategic position will be weakened and its investment of billions of dollars in nuclear facilities will be largely wasted. Except for those few dedicated to factional politics, taking contrasting avid positions, most Iranians seem dispassionate about the JCPOA.

Second, perhaps surprisingly, most Iranians I spoke with expressed no hostility towards Prime Minister Benjamin Netanyahu or the Israeli lobby in the United States. This is in sharp contrast to the dominant Netanyahu-bashing rhetoric among some pro‑deal activists in the West. Iranians seem to believe that Mr. Netanyahu’s empty threats are part of his role in playing the bad cop, and that his opposition to the deal is largely motivated by his opposition to the Islamic Republic and the fear that Tehran may increase funding for anti-Israel radicals in the region. Iranians and Israelis have lived in a mutual threat environment since the Islamic Revolution in 1979.

Third, while most Iranians are taking the JCPOA’s approval for granted, they are plainly concerned about what will happen thereafter, including the deal’s implementation and its consequences for Iran’s domestic political economy. Will the U.S. make good on its commitments? Will the deal lead to a domestic sociopolitical opening? Will the economy improve for the majority? These questions seem to be on everyone’s mind. The worries of most Iranians stand in sharp contrast to the debate in the United States, in which only Iran’s commitment to implementation is a concern, and the discussion on the impact of the deal is focused squarely on Iran’s regional behavior.

Fourth, most Iranians seem to believe that given the absence of normal U.S.-Iran relations as well as terrorism and inter-state conflicts in the Middle East, the deal could fall apart during the implementation phase.  President Obama’s dichotomous discourse of “either this deal or war” has also heightened Iranians’ concern, as it implies that Iran intends to build bomb— an argument that can be used to justify a future war.  It is no wonder that most Iranians are adamant that not only must Iran rapidly improve relations with the United States, but it must also seriously engage in dialogue with the Arab World and Israel to reduce tensions.

Fifth, regarding the domestic impact of the deal, Iranians are divided along gender and income groups. Most women support the deal, hoping that it will lead to easing restrictions on their dress code. The wealthy foresee significant improvements in their economic situation, eyeing foreign investment and expanded international trade. The middle class is hopeful that the sociopolitical situation will improve in the aftermath of the deal as Westerners flock to Tehran. In sharp contrast, most in the working class I spoke with are not expecting a significant change in their employment or income situation. Many among them do not trust the Rouhani government, seen by them as pro-wealthy.

Sixth, the most optimistic group of Iranians are government officials. They acknowledge serious institutional and political obstacles as well as economic woes, but nonetheless expect significant economic improvements and some political gains; for example, some of them expect a chance to win in the February 2016 parliamentary elections. This optimism among government officials is largely based on the hope that the West will come to the aid of the government by releasing Iranian funds, lifting economic sanctions, bringing in foreign investment and expanding trade.

Yet, with over $500 billion in public debt owed to social security coffers, banks, contractors and others, and with hundreds of unfinished projects, most politically sensitive and significant foreign commitments, the optimism may not produce results in the near term. Meanwhile, the government must plan for the post-JCPOA era to meet the expectations of a restive middle class, mend the widening income gap, provide jobs for millions of educated yet unemployed youth, redress environmental degradation and quell the radical demands of an Islamic Revolution that continues to impose its will on the government and the people.

The uncertain domestic situation is further complicated by the fact that Supreme Leader Ali Khamenei still remains equivocal about the deal and has not spoken on what he assumes would happen in its aftermath to various interest groups. Concerned about the faith of the Revolution and reaction of the Islamic revolutionaries, he has continued to speak out against the United States and has reportedly blocked the government from further contacts with the Obama Administration. I have heard from a reliable source that Foreign Minister Javad Zarif has not taken two phone calls from State Secretary John Kerry placed following the announcement of the JCPOA in Vienna.

In sum, as the deal awaits implementation, most Iranians remain anxious about its consequences for their lives and their country. For now, they seem prepared to give the Rouhani government a chance to prove that the deal is good for Iran and its people. However, the expectation - dashed for any reason - can hugely backfire in a country where income inequality and corruption have already become alarming. As one university professor put it, “With the nuclear deal, Iran has entered a transition period. It better do it right this time as otherwise it will not get a second chance.”

Hooshang Amirahmadi is a Professor at Rutgers University and President of the American Iranian Council.