What It Takes to Win: Succeeding in 21st Century Battle Network Competitions 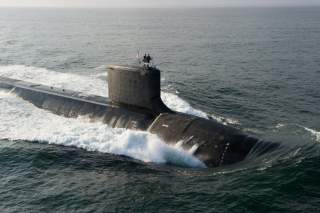 Success in war is often measured by territory gained and enemies killed. These metrics, however, may not reflect what is really most useful in winning a conflict or military competition. In many cases, disrupting, delaying, or harassing the enemy may be sufficient to achieve one’s most important military objectives. In the short-term, the side using these approaches may be able to gain a temporary advantage toward a larger goal; in the long-term, these approaches may impose significant costs on an enemy in exchange for a relatively small investment.

For example, an air defense system can achieve the objective of reducing the number and intensity of air attacks by compelling the attacker to shift an increasing portion of its aerial effort to support missions such as jamming air defense radars or attacking air defense systems–even if the air defenses only infrequently shoot down enemy aircraft. Similarly, anti-submarine warfare forces can achieve their objective of protecting ships by disrupting enemy submarine operations and pushing them out of the fight rather than by sinking large numbers of them.

Reconsidering our metrics isn’t just about making war cheaper, easier, or less lethal.  It is much more about about identifying what we’re really trying to achieve in each area of a military campaign and designing the “battle network” to pursue those objectives. This seems intuitive, but in the midst of conflict it often is not. In a new study from the Center for Strategic and Budgetary Assessments (CSBA), we found that American, allied, and opposing militaries often pursued destruction of the enemy even when it was platform, weapon, and time intensive and not completely necessary to achieve their overall goals. This didn't just increase the cost for each enemy killed, it also shifted effort and attention away from other approaches that would have aligned more closely with the force’s overall objectives. This may have prolonged conflicts and left belligerents less prepared for the next phase of the competition.

To arrive at these conclusions, we analyzed historical data for two long-running battle network competitions from World War I to the present. The first is the competition between submarines and anti-submarine warfare (ASW) battle networks and the second is the competition between air attack and air defenses. We chose these two competitions for several reasons. Most importantly, they are ongoing and are highly relevant to current and future U.S. military operations. Of almost equal significance is the degree to which the competitions are shaped by fundamental attributes of submarines and aircraft respectively. This makes it likely that many lessons from past conflicts will retain relevance well into the future. Finally, there was sufficient data available to assess them.

What is a Battle Network?

Electronic network communications play a large and increasingly important role in modern life and, in particular, modern military operations. Over the past two decades, the decreasing cost, increasing capability, and widespread availability of network communications have transformed the way many of us work, shop, maintain contact with friends and loved ones, as well as how, when, and where we access news and information. Widespread use of electronic communications, however, is well over a century old. Successful electrical telegraph systems emerged during the 1840s. Invention of the telephone followed in the 1870s, and by 1900 over 1.3 million telephones were in use in the United States. During the first decade of the twentieth century, radio, or “wireless telegraphy” as they were known at the time, was developed. By the beginning of World War I, the armies of the Great Powers used field telephone networks and radios to transmit information and orders to ground and naval forces.

The advent of radio communications enabled militaries to distribute target acquisition sensors, target localization sensors, command and control (C2) elements, weapons, and or weapon platforms around the battlefield. Dispersing these functions in a battle network across a large area has a number of potential advantages and can greatly increase their effectiveness. For example, networking allows weapon platforms to engage targets they cannot detect or track by leveraging the capabilities of distant sensor systems. Networking can also give commanders a broader view of the overall situation, as viewed from a number of disparate sensors, enhancing their ability to prioritize missions across a theater and better assess the effects of previous actions. Before radio, commanders, spotters, and weapons had to be close enough to communicate by human voice, bugle calls, and, if weather and lighting permitted, flag signals. Dispersal options were constrained by the limits of human hearing and eyesight.

The development of indirect artillery fire techniques late in the nineteenth century is a good illustration of the advantages of fielding a battle network. Although not thought of as a battle network at the time, over the course of World War I, artillery formations of the major powers rapidly developed all the characteristics of a battle network. They used forward observers on the ground and in tethered balloons (sensors) to find and identify targets, fire control centers to confirm and prioritize targets (C2), and dispersed field artillery batteries (weapons) to engage targets. By linking each element with field telephone lines, each side was able to locate and attack the opponent’s targets before they could move out of range.

Over the past several decades rapid advances in communications and computer network technologies reduced the cost and increased the benefits associated with networking military systems. This makes battle networks both more common and increasingly the central focus of competition and conflict between capable, competent adversaries. As the indirect artillery example above shows, however, battle networks and battle network competitions have existed for over a century. Examples of past networks include the Allied ASW struggle against German U-boats in the Battle of the Atlantic during World War II; the great aircraft carrier battles in the Pacific in 1942 and 1944 between the Japanese and U.S. navies; and the contest between U.S. airpower and the North Vietnamese integrated air defense systems during the Vietnam War. All of these competitions included significant use of electronic sensors, radio communication, network penetration (code breaking), and electronic warfare. These elements are repeated in modern networks, making insights gleaned from historical competitions relevant to contemporary ones.

What Does it Take to Win?

We analyzed metrics that one would assume were relevant to winning a conflict, such as the number of enemy platforms destroyed or enemy sailors and pilots killed. What we found was the metric that really mattered was how many friendly ships, aircraft or bombs survived and accomplished their mission, regardless of how many the enemy lost. For example, Allied shipping losses in World War II spiked at the beginning of the war and immediately after the United States entered the conflict; in both cases this was associated with a lack of convoy escorts and ASW forces. Both times, however, shipping losses decreased rapidly with the introduction of escorts while the number of Axis submarines sunk remained close to zero.

This is significant because the sophistication, organization, and cost of a network designed to find and destroy all opposing submarines would be quite different from one designed primarily to enable convoys of merchant ships to avoid enemy submarines. Depending on one’s strategic goals, the latter may be “good enough” and much less costly than the former. This kind of discipline, however, can be hard to implement in practice. In World War II the Allies wanted to exact revenge on the Axis powers for unrestricted submarine warfare and aggressively developed capabilities to find, target, and kill submarines. This effort and investment may have taken away from fielding capabilities needed for other aspects of the war.

A second, related finding is that it is often more cost-effective to force an adversary to delay operations, decrease operational tempo, or dedicate significant effort to defending itself rather than attempting to destroy the adversary force in pitched battle. This was the impact felt, for instance, by U.S. air forces in Operation Rolling Thunder during the Vietnam War. At the beginning of the operation American strike forces consisted of bombers with a few escort fighters to counter the persistent MiG threat over North Vietnam. The North Vietnamese Army then fielded (with Soviet help) the SA-2, one of the first radar-guided surface-to-air missile systems. While SA-2 missiles shot down U.S. aircraft less than 10 percent of the time they were used, American forces had to respect the threat and countered it with a growing array of aircraft for jamming radars and radios, by attacking SA-2s with radar-homing missiles, and by intercepting North Vietnamese fighters. By the end of Rolling Thunder three years later, about half the U.S. aircraft involved in each strike were performing these defensive missions instead of dropping bombs on enemy targets. We refer to this decrease in the proportion of the attacking force devoted to the main objective as “virtual attrition” to distinguish it from the “actual attrition” resulting from destruction of forces.

Communications are another area where destroying the enemy’s battle network may not be the most effective approach. In previous competitions exploiting communications was sometimes more useful than merely disrupting them, based in large part on the pace and tempo of operations. For example, submarine operations unfold over days or weeks, whereas air operations tend to be completed in a matter of hours. This makes it likely that adversary communications can be intercepted, decoded, analyzed, and the results transmitted to submarines or convoys in time for them to intercept or avoid the enemy, respectively. In contrast, air operations happen so quickly that the competitors able to disrupt, rather than exploit, enemy communications were more successful in previous conflicts.