What Makes a Good Grand Strategist? 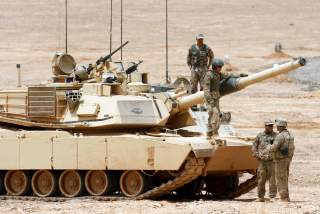 On Grand Strategy, by the distinguished historian John Lewis Gaddis, includes remarkably little on grand strategy. Just as well. Writings on strategy has become as weighted down as the cement-sneakered former associates of Tony Soprano.

Gaddis strips strategy down to the essential element that allows leaders to move nations. Arguably, there is not much more that great masters and commanders need to know about how to win their wars than what Gaddis has to say.

Sure, cavemen fought with clubs. Trump wields more weapons than most of the world’s armies combined. Modern warriors maul each other with multifaceted economies, webs of diplomacy and influencers from outer space to digital space. They battle with blockchains. They flood gray zones with little green men. But, just because the world has gotten more complex doesn’t mean ideas have to.

Strategy has had more facelifts than Meg Ryan, being reinvented many times over in the last century. Applying layers of intellectual junk atop strategy like lacquer just makes it harder to see the grain. In recent times, for instance, one author argued Afghanistan was a muddle because the coalition couldn’t get its strategic narrative right. Apparently, Clausewitz forgot to tell his readers victory was all about press releases.

Rather than noodling on the intricacies of strategic dogma, Gaddis, in a book fashioned from the course he has taught for many years at Yale, focuses on the strategist, the leader who crafts the idea that lights the fire in the minds of men.

Gaddis divides strategy-makers into hedgehogs and foxes, borrowing the framework from a famous essay by philosopher Isaiah Berlin, published in book form in 1953. Hedgehogs view the world through the lens of single-guiding idea. Foxes draw on wide variety of influences, experiences and knowledge. As applied to strategy, these worldviews can take the world to very different places.

At its core, strategy is “the” simple idea. It has been around for a long time. Readers can find it buried somewhere in Clausewitz’s several hundred pages On War (1832).  However, as Clausewitz noted: war is simple, but in war the simple is “very difficult.”

The simple part is what rightly makes up what ought to be called strategy. Strategy-making at its most basic accounts for three interrelated decisions: ends, ways and means.  Ends are the goals; the objectives the strategy is tasked to achieve. In World War II, for example, the Allies described their war aims as the unconditional surrender of the Axis powers (Germany, Italy and Japan).

Ways are how the ends are to be met. For World War II, that included everything from offensive and defensive military campaigns to strategic air bombardment, convoys across the Pacific, aid to foreign countries, propaganda, and sabotage and other covert activities, as well as mobilizing the homeland with victory gardens and war movies.

Means are the capabilities and resources that will be dedicated to accomplishing the strategy. Of course, the armed forces were a big part of that, but means also included all the national assets mobilized to support the war effort: from Rosy the Riveter on the factory floor of a Boeing assembly plant, to artists in Disney studios making military training films.

A strategy is inadequate unless it interconnects and answers all three questions: what, how and with what?

There is, of course, more to strategy than just picking the answers to three questions like order off a Chinese menu. Napoleon made choices. He decided the best course for maintaining his mastery of Europe was an invasion of Russia.  It was a bold decision. It was also a bad one. The 1812 invasion proved a disastrous option that cost him his empire.

Clausewitz’s scholarship, his contemporaries, and many military writers that followed all were animated by describing the means to avoid such catastrophic calls themselves and inflict Napoleon’s fate on their own enemies. Everyone started adding instructions to the manual until war became too complicated for mere mortals.

But the basics of strategy haven’t been much improved upon. Strategy requires a sober evaluation. Is it suitable, feasible and acceptable—not just a hard choice, but one that has a chance of prevailing? This is a test to assess if the strategy is at least logically consistent.

The first measure is if the strategy is suitable—in other words, would the strategy satisfy the policy aims?  Feasibility is a judgment of whether the strategy could actually be accomplished with the means available. Acceptability assesses the commitment to follow through and accomplish the strategy.

Satisfying all three judgments is no guarantor of victory. There is no secret sauce for winning wars. After all, the enemy gets a vote. The people supporting the war get a vote. Still, strategy guided by a logic that satisfies competing demands is the best assurance leaders can hope for in the messy world of war.

Gaddis summed up the test even more simply: In great matters of strategy, aspirations should never exceed the capacity to fulfill them.

That’s not to say that great war-makers shouldn’t be filled to the brim with dash, bravado, vision and confidence. But they must temper their appetites with reality.

Twenty-year-old can head off to Nashville or Hollywood with ambitions that far exceed their talents. They are not carrying the fate of peoples on their shoulders. Strategists do.

The Mind of War

Hedgehogs are linear in thought and action. They risk all on thinking they know how the world works. Alvin Coox wrote that when Tojo considered the prospects for warring on America, he thought of Americans  “as undisciplined, unmilitary, and unconcerned with anything but the pursuit of the jazzy life.” Tojo misjudged. As did Osama Bin Laden, who once issued a fatwa calling America a “paper tiger.”

Gaddis prefers his strategists to be foxes. On Grand Strategy is a scholarly review of great strategists’ greatest hits. Gaddis finds:

[t]he younger Pericles, Octavian Caesar, Machiavelli, Elizabeth I, the American Founders, Lincoln, Salisbury, and especially Roosevelt, all of whom had the humility to be unsure of what lay ahead, the flexibility to adjust to it, and the ingenuity to accept, perhaps even leverage inconsistencies. They respected topographies, crafted choices within them, and evaluated carefully once made [pp. 310-311].

Foxes mastered competence, prudence and judgment. Surely, this can’t be all there is to making sound strategy? Yes, I suspect it is.