What the Mueller Report Teaches America 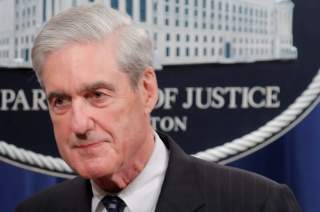 The release of the Mueller Report has failed to resolve the ongoing saga of alleged “collusion” between President Donald Trump and Russia. The Democrats and Republicans are locked in a bitter political struggle that has no end in sight because of the gravity of the accusations. The Democrats’ lingering belief that the Trump campaign somehow conspired with Russia undermines the credibility of Trump’s election as president. It is also in the Democrats’ interest to keep the scandal brewing into the 2020 election. Meanwhile the Republicans have proven that turnabout is always fair play in American politics. They now insist that Obama administration officials used government surveillance to target Trump’s political campaign based on the flawed Steele dossier, the product of a former British intelligence officer. Each side claims that the other has committed an “unprecedented” breach of the Constitution. However, both Democrats and Republicans are actually appealing to enduring fears in American history. “Collusion” is simply a new word for what Americans once called “conspiracy” or “intrigue.” A short survey of the history proves that these fears are as old as the American Republic—and the reactions to these fears are as dangerous to American constitutionalism now as they were then.

The Founding of the American Republic…and an Enduring Controversy

Fears of foreign intrigue and government conspiracy stirred some of the bitter debates over the creation and ratification of the U.S. Constitution. At one point during the Constitutional Convention, James Madison worried that “The Ministers of foreign powers would have and make use of, the opportunity to mix their intrigues & influence with the Election . . . it will be an object of great moment with the great rival powers of Europe . . . to have at the head of our Government a man attached to their respective politics & interests.” In the Federalist Papers, Alexander Hamilton acknowledged a widespread concern at the time that “foreign powers” would attempt “to gain an improper ascendant in our councils . . . by raising a creature of their own to the chief magistracy of the Union,” the president of the United States. However, Hamilton explained that the delegates to the Convention created the electoral college in part to address this specific concern. Paradoxically, while many politicians, journalists, and citizens currently worry that Trump won the election through Russian interference, they are simultaneously proposing to abolish the electoral college, which is the very institution the Framers created as a check on foreign intrigue in American elections. In short, the same fears paralyzing American politics today were already debated and incorporated in the Constitution, the foundational document of our country.

Things got even uglier. When President George Washington adopted a policy of neutrality in the French Revolutionary Wars and sent John Jay to negotiate trade relations with the British, Democratic-Republicans in the press and Congress attacked Washington himself. The Philadelphia Aurora, a paper founded by Benjamin Franklin’s grandson, Benjamin Franklin Bache, savaged the president. Articles in the Philadelphia Aurora accused Washington of overdrawing his presidential salary, disputed his leadership and patriotism in the American Revolution, compared him to Julius Caesar and Oliver Cromwell, and ultimately called for him to retire from office. Thomas Paine, who wrote the celebrated pre-Revolutionary War pamphlet, “Common Sense,” turned his pen against the president. In his second term, Washington supposedly told Vice President John Adams that one reason he would not run for a third term was that he would no longer suffer to be “buffited in the public prints by a set of infamous scribblers.” He even planned to fire a broadside back at the partisan press in his Farewell Address but left the drafted portion out. However, in the speech he delivered, Washington did warn his countrymen against “the mischiefs of foreign intrigue” and the strife that foreign states would sow into the young American Republic by exploiting political divisions. If the illusion of American political harmony was already unraveling during Washington’s two terms as president, then subsequent events would put them into a tailspin.

The Quasi-War emboldened the Federalists to pass the “Alien and Sedition Acts,” weaponized legislation that targeted the Democratic-Republicans. The Sedition Act empowered the government to arrest and punish individuals for actions that undermined or opposed the United States. Essentially, the act criminalized a broad set of activities common to American politics and partisans in the free press, including publishing “scandalous and malicious writings” against the government, Congress, or the president. Under the Sedition Act, the Federalist authorities prosecuted a number of Democratic-Republicans, including journalists, writers, and even a congressman. The Federalist government also arrested Benjamin Franklin Bache, editor of the Philadelphia Aurora, who died before his trial.

Surveillance and counterintelligence emerged as controversies during this period. Even Vice President Jefferson believed the Federalists were spying on him. Deborah Logan, the wife of the prominent Pennsylvania Democratic-Republican George Logan, invited Jefferson to tea in the midst of the Quasi-War. Jefferson arrived late, claiming “he was himself dogged and watched in the most extraordinary manner,” and “that in order to elude the curiosity of his spies he had not taken the direct road.” As an aside, George Logan went to Paris in 1798 in an attempt to circumvent the commission sent by Adams and to negotiate a Democratic-Republican settlement with France. In response, the Federalist Congress passed the Logan Act (1799), which outlawed negotiations on behalf of the United States between private citizens and foreign governments. It is still on the books today. Notably, both the surveillance of members of the political opposition and the issue of negotiations between private individuals and foreign governments have been features of the current controversy in American politics.

The Federalists also claimed to have discovered a number of French plots against the United States. The Democratic-Republican press dismissed every alleged plot as a Federalist invention, or “fake news,” in the language of our times. The Democratic-Republicans also fired back with its own stories. William Duane, now editor of the deceased Bache’s Philadelphia Aurora, published a series of articles that suggested the British were influencing or controlling the Federalist government. These articles became the subject of an urgent letter from Secretary of State Thomas Pickering to President Adams, in order to stem this “uninterrupted stream of slander on the American Government.” One solution was to prosecute Duane, like Bache before him, under the Sedition Act. The purpose of the Sedition Act is clear. Failing to match the Democratic-Republican press at the game of “fake news,” the Federalist government instituted a series of laws to shut down the opposing party’s propaganda machine in the press, especially the hated Philadelphia Aurora.

The Quasi War illustrated how a threatening security environment created an opportunity for the party in power to target the political opposition. But, the Federalists overplayed their hand and became victims of the law of unintended consequences. They suffered at the ballot box. The Alien and Sedition Acts became a central point of contention in the election of 1800. Jefferson, the Democratic-Republican candidate, won the election and pardoned those imprisoned under the act. The new Democratic-Republican Congress reimbursed those who were fined. History always manages to have a sense of humor, and the Henry Affair would mirror the events of the XYZ Affair.

While the young United States averted war with France, hostilities with Britain simmered throughout Jefferson’s presidency. Madison inherited the problem when he became president in 1809. In a political reversal of the Quasi-War, the Federalists now opposed war while the Democratic-Republicans supported it. The New England states especially were a hotbed of Federalist support and anti-Democratic-Republican discontent. The Madison administration, like the Adams administration before it, faced the prospect of foreign war and domestic political conflict. And, just like the Federalist government before it, the Democratic-Republican government under Madison sought ways to discredit the political opposition. When a spy for Britain offered to sell Madison a “dossier” alleging the treasonous intentions of Federalists in New England, Madison jumped at the opportunity.