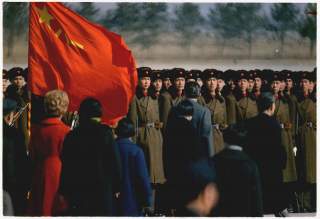 Such nonstarters would kill the deal, a matter that U.S. interlocutors in preliminary talks would make clear. To buck up the U.S. bargaining position and reassure South Korea and Japan that they were not being sold out, optimally Washington should have a new defense/deterrent posture in place prior to the negotiation or at a minimum plans. How far and what direction the defensive revamp would go is a matter for debate.

The range is broad. For example, should it include placement of a nuclear deterrent in South Korea? Some South Koreans have called for a domestic nuclear arsenal, but the option has gained little traction. Little discussion is heard about returning U.S. nuclear weapons—Washington removed the arsenal in 1991. Efforts to do so would meet fierce Chinese—as well as North Korean—opposition and South Korea would be wary. But as Pyongyang’s nuclear capability evolves, should plans be in place in the event Seoul—or a nuclear-shy Japan—become open to a rethink? Or at a minimum has the time come for implementation of less provocative alternatives to show U.S. commitment to the South and to buck up deterrence generally by the porting of large U.S. naval vessels in South Korea or the rotation of heavy bombers through the country’s air bases?

Naturally, accepting a nuclear North Korea butts against the instinct to resist. But the U.S.-China experience provides a positive endorsement. It also comports with a broader reality: In the now long history of nuclear affairs there comes the time when no means are left to halt proliferation. The result: concerned nations had to adjust as Washington did to Moscow’s nuclear acquisition, the Kremlin adapted to nuclear Britain, France and China just as India and Pakistan did to the bombs spread to South Asia.

We have come to a similar crossroads in efforts to address nuclear North Korea. At worst, the failure of a Nixon-like Trump outreach will leave the United States, South Korea and Japan where they are today, pouting as they hope that the isolation of Pyongyang will force it to bend and that ballistic missile defense will work. At best, normalizing nuclear North Korea offers the opportunity to cauterize the nuclear risk by reducing tensions as normalization cauterized nuclear China. Given the absence of good alternatives, the path is worth the shot.

Bennett Ramberg served as a policy analyst in the Bureau of Politico-Military Affairs in the George H. W. administration. He is the author of three books on international politics and he is the editor of three others. Ramberg has been published in over a dozen professional journals and magazines including Foreign Affairs, the New Republic, Bulletin of the Atomic Scientists, and others.