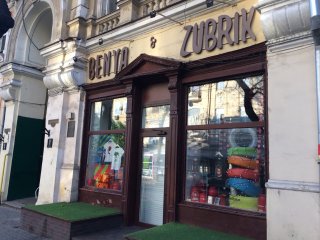 Lt. General Ben Hodges, a veteran Ukraine watcher, recently observed that the Russians covet three cities along Ukraine’s Black and Azov Seas, including Odesa, and a water canal north of Crimea. The canal scenario strikes most Ukraine experts as plausible and the conflict over the waterway was recently written up in the New York Times. But Odesa? Given that Russia failed to occupy it in 2014, I was somewhat skeptical of Hodges’ judgment, so I traveled there to see for myself what was taking place in the crown jewel of the Black Sea. I couldn’t find anyone who took the notion seriously. Of course, Moscow has every reason to covet this splendid warm-water port, but no one should expect Odesa to fold without a fierce fight.

Separatism is the furthest thing from anyone’s mind. Hundreds of miles away from where Russia amassed more than 80,000 troops on Ukraine’s border in April, the locals are preoccupied with the unseasonably cool temperatures and the chestnut trees that line the major thoroughfare of Primorsky Boulevard. On a Thursday night in the city, a gaggle of bibulous college students stroll down the street and strum a guitar. Meanwhile, four Arab students whisper at Potemkin’s Stairs, the iconic image of the city captured in Sergei Eisenstein’s classic 1925 silent film. Of course, none bother to don a mask and residents begrudgingly wear them only when forced.

Historians still debate the founding of the city, and who should get the credit. Some facts are indisputable: Odesa was the fourth largest city in the Russian Empire and boasted a large Jewish population. Today, both the Greeks and the Turks continue to court the city. The city of Istanbul recently built an expansive park along the water that the Greeks are trying to best. Odesa confounds the best of writers in its resistance to easy classifications, but it’s impossible not to notice its glaring contradictions. While dozens walk their dogs along Black Sea at 6 am, a real cup of coffee is not to be found before seven in the morning. The earliest café opens at nine.

Tiny purple, green, blue, and pink lights dot the trunks of the chestnut trees on Primorsky Boulevard at night. Initially, the trees were illuminated only during the Christmas holidays but removing them proved to be such an expense that the city just shrugged and kept them up year-round. This move strikes me as capturing the vibe of the city perfectly.

At one end of Primorsky Boulevard sits the mayor’s outrageously ornate office. It’s painted bright red with eleven Corinthian columns and Roman-like busts. Follow the boulevard and you eventually land upon an unadorned bridge colloquially known as the “mother-in-law bridge.” Apparently, in the 1970s, the mayor got tired of the convoluted walk from his office to his mother-in-law’s apartment for lunch—so he built a bridge to render his daily constitutional less fatiguing. Residents are eminently practical.

In my two days of walking the streets and visiting the nearby port of Yuzhny, I heard only Russian and Georgian spoken on the streets.  However, the city has made a push to put Russian, Ukrainian, and English QR codes on major landmarks for tourists. On the QR code explaining what visitors might find in the Odesa Museum of Western and Eastern Art, a temerarious soul defaced the poster and crossed out the extra “S” in the Russian spelling of the city (Odesa in Ukrainian, Odessa in Russian), a rare expression of Ukrainian patriotism in what most consider a largely apathetic town.

Withal, Odesa boasts pockets of authentic civic mindedness. As I walked down the Potemkin Steps next to the funicular, piano music was playing at dawn. I found two pianos tucked safely under a bridge. A poem in English and Russian exhorted people to embrace their inner child and play.

Odesa lacks Kyiv’s patriotic building length murals that sprang up after the Euromaidan. Nor are there any gold-domed churches downtown. Still, the city, a farrago of Italian and French architecture, complete with a dash of Soviet brutalism, knows it turns heads and it doesn’t apologize that it loves to shimmer. Its opera house, designed by two Viennese architects, is justly famed for its rococo style, and its hippest club is resplendently covered in thousands of tiny blue lights.

Odesa is legendary for its wry sense of humor, captured by not a few writers. Now it’s moved to a new visual medium. Benya & Zubrik, a T-shirt store with sardonic slogans that poke fun at luxury brands like Louis Vuitton and Gucci, began as a hobby, only to be written up by Russian Vogue. Now it sells its wares around the world. As temperatures rise, and as Odesa’s plucky residents remerge after the long winter on foot and scooter, there’s no sign that this legendary city is at all discountenanced by the recent hostilities. Anything but.